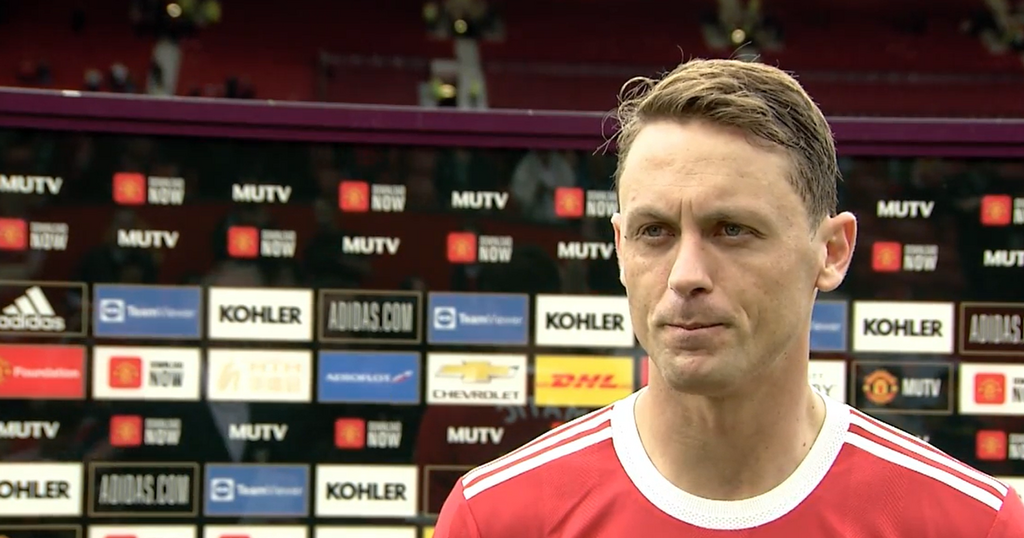 Nemanja Matic has told Manchester United fans he sees no reason why they can't win a trophy this season after Cristiano Ronaldo's dream return to Old Trafford.

Ronaldo scored twice in the resounding 4-1 win against Newcastle United at Old Trafford, with Bruno Fernandes and Jesse Lingard adding gloss to the scoreline.

United have now won successive games at Old Trafford this season, scoring nine goals in the process, and they've taken 10 points from a possible 12 in the Premier League.

Ronaldo's second coming led to an electric atmosphere at Old Trafford and Matic paid tribute to the fans who created such a buzz, telling them that the players wanted to win silverware for them this season.

"They’re happy, I see them excited. I hope we continue to do the same job and try to win some trophies for them. It was a fantastic atmosphere," he told MUTV.

"Ronaldo brings some positive energy to the stadium again. He deserves all the best.

"He has the quality to score goals from every position, he will be a very good addition to our squad."

Ronaldo's signing has added to the competition within Ole Gunnar Solskjaer's squad and the depth available to the manager, especially in attack, is incredible.

Matic believes that will come in hand for United as the season progresses.

"We have a great attack, we have great balance between experience and young players, we have everything in the team and we need to use that," he said.

"Healthy competition is always good, you need that if you want to win trophies.

"We will play every three days, we have a big squad and we have to use that. Everyone i.s ready, excited, motivated, I don’t see any reason why we won’t be successful this season."