NEET (UG) 2021 exam: Over 95% of registered candidates give test today 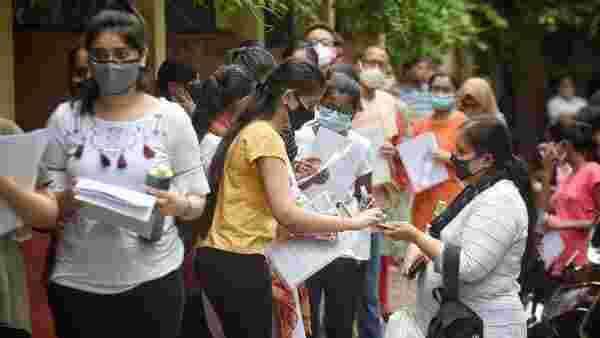 Over 95% of registered candidates appeared for the medical entrance exam NEET (UG) at over 3,800 centres across the country on Sunday, according to officials after much delay due to the second wave of COVID-19.

The exam was conducted in a physical manner and answer keys, along with question papers and provisional answer keys will be released soon on the exam website, neet.nta.nic.in.

Last year, over 85% registered candidates had appeared for the exam amid the Covid pandemic.

"Over 95 per cent candidates appeared in the exam conducted today following all Covid protocols," a senior official said.

The 13 languages in which the test was conducted this year are Hindi, Punjabi, Assamese, Bengali, Odia, Gujarati, Marathi, Telugu, Malayalam, Kannada, Tamil, Urdu and English. Among the languages, Punjabi and Malyalam were the new additions.

In a first, the exam was also held at a centre each in Dubai and Kuwait.

Last year, it was conducted on September 13 amid strict precautions in view of the COVID-19 pandemic. A total of 13.66 lakh candidates had appeared in the exam of whom 7,71,500 qualified.

The uniform entrance examination is for admission to MBBS, BDS, BAMS, BHMS and other undergraduate medical courses in approved medical, dental, AYUSH and other institutions.

With inputs from PTI