Needed: A tribunal for CAPF 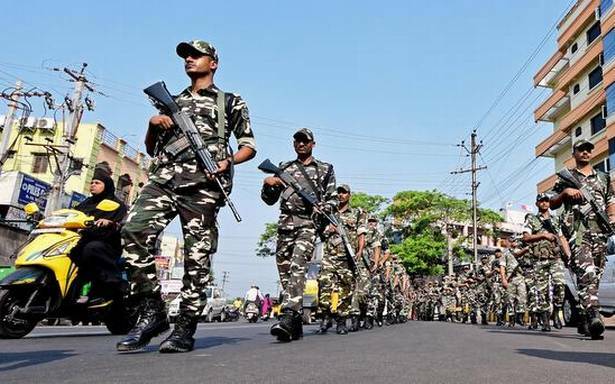 Over the years, there have been numerous cases of Central Reserve Police Force (CRPF) officers overstaying leave. This prompted the Ministry of Home Affairs (MHA) to issue orders to the CRPF headquarters on August 23, 2021, to “include the provisions of Security Force Court (SFC) as available in the Acts and Rules of other CAPFs (Central Armed Police Forces), for initiating disciplinary action against the delinquent officers, so that such cases are finalised within minimum time.”

CRPF rules lay down the procedure for the conduct of departmental enquiries against non-gazetted ranks, and the officers are generally well versed with the procedure. As a result, most of the cases that are challenged in the High Courts are upheld. In normal circumstances, the departmental enquiries are completed within three to six months. But when gazetted officers are charge-sheeted, the time taken to order the enquiries is longer as other institutions like the Union Public Service Commission, the Central Vigilance Commission, the Department of Personnel and Training, and the MHA are also roped in for their views and legal opinion.

When personnel overstay their leave for long durations, the delinquent officers must be directed to appear before the inquiring authority along with the presenting officer and the defence assistant of the charged official. Even if one of them fails to appear for the hearing, the conduct of enquiry must be postponed. Often, the enquiry is conducted ex parte (without the presence of the charged official). In such cases, the recorded statements and other documents must be sent to the charged official. Postal delays further aggravate the matter. Since most officers are busy in operational matters, which gain priority over everything else, the enquiries take a backseat.

It is not just the inquiring authority who has to take time off his busy schedule to conduct the enquiry, but also the charged official and the presenting officer and defence assistant, if any. Quite often, delays occur in providing certain prosecution documents to the charged official who may demand them for preparing his own defence. There can be no gainsaying that such delays occur in all ministries and departments. While in the case of non-gazetted ranks, the enquiries are completed within a matter of few months, there can be no reason for undue delay in the case of officers. The monitoring system must be very stringent. Since most serving officers who are appointed as inquiring authorities are tasked to conduct enquiries in addition to their usual responsibilities, the enquiries are not given due priority.

The solution lies in appointing retired officers as inquiring authorities, who can afford to devote their time to the conduct of enquiries as is being done in most departments of the government. The difference between the SFC and the departmental enquiry is that while the former is a purely judicial process where the guilt must be proved beyond reasonable doubt and the charged official is at liberty to engage a legal practitioner to defend him, the latter is a quasi-judicial proceeding where the mere element of preponderance of probability is enough to determine guilt. Though the Central Reserve Police Force Act of 1949 provides for conducting judicial trial by a Commandant in his capacity as a Magistrate, seldom is it exercised as it gets into the realm of judicial process. Hence, the conduct of a departmental enquiry is the better option.

With increasing cases being filed in the High Courts across the country in service matters, it is high time the government considered the setting up of tribunals for the CAPFs on the lines of the Armed Forces Tribunal for defence services. Retired officers of the rank of Inspectors General and Additional Directors General from the CAPFs could be part of these tribunals along with retired judges of High Courts. This would ensure speedy delivery of justice.