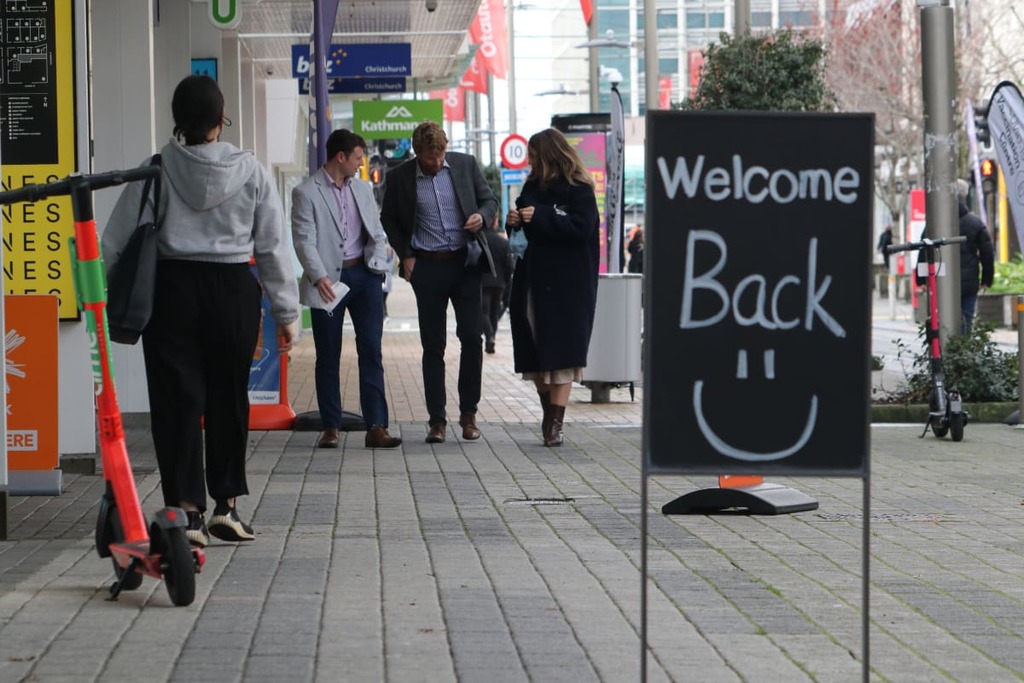 The Prime Minister has the communication skills to give New Zealanders confidence we can start soon to reopen our economy and country, but needs to employ them soon, writes Peter Dunne

Common sense has largely prevailed with the decision to move the country outside of the Auckland region to alert Level 2. There was simply no justification or credible reason to keep the rest of the country, the South Island especially, in a prolonged Level 3 lockdown.

For some small businesses, though, this reprieve will have come too late, and they will not be reopening this week, becoming yet more of the growing list of economic casualties caused by Covid-19. The new restrictions now being imposed on the hospitality sector will still be daunting for businesses already operating at the margins and will probably prove too much for many of them. But overall, they can start trading again, albeit at a reduced level, with fewer staff members, leading to fewer jobs.

A bigger question for them to worry about might well be whether their potential customers are still there, or whether the lockdowns and the virulence of the Delta variant, not to mention the Gamma variant only just starting to appear here, will mean that people are now far more wary about venturing out, the onset of Spring notwithstanding. There may not be the same keenness this time around to get back to life as it was, as there was after last year’s lockdowns.

If that is so, it has especially serious implications for the future of business and enterprise in the services sector, which is so much the heart of the New Zealand economy, as well as all those working in the sector. There have been stories of service businesses driven to the wall, or close to it, during last year’s lockdowns with apparent official disregard for their circumstances and the individual personal costs involved. The last thing the Government needs is for this situation to escalate significantly, and more people’s livelihoods to be threatened, as seems likely, because of the latest shutdown.

Many have already remarked that there seemed to be a different spirit abroad this year than there was in the big lockdown last year. People seemed generally more grim and anxious than they were first time around, and their optimism more deflated than last year. That suggests, among other things, that the level of optimism about a return to something approaching what might be recalled as normal any time soon is diminishing, with the glum realisation dawning more widely that Covid-19 now looks likely to stay with us, whatever we do.

And with that new grimness has come a new petty authoritarianism. While authorities like the police have shown far more tact and sensibility dealing with this year’s lockdown than in their early efforts in Level 4 last year, there were still those in minor authority who went too far. One hopes there were not too many like the person brought in to look after security at my local supermarket who behaved more like the most egregious of traffic cops of the past, with the exaggerated arm movements and barked commands to match. At a time when everyone is feeling under a measure of strain and uncertainty, overly officious enforcement of the rules most of us follow anyway is far from helpful to community resilience, and certainly undercuts the good work so many are doing in difficult circumstances.

While the Government is to be commended for its commitment to follow the best professional advice in reaching its decisions on alert levels and when and how to shift them, it needs to be remembered that what it is seeking from its experts is their advice only. The political judgments and the final decisions about that advice are properly made by the Cabinet. Unfortunately, over last weekend, the increasingly strident and frenetic nature of the views being pushed through the media by the trusted coterie of epidemiologists about what the Government simply had to do if it was going to lower alert levels, looked more like diktats to the Cabinet than considered professional advice.

Although most of New Zealand is now under Level 2, the country’s largest population centre, Auckland, remains at Level 4. With community cases still being reported there it is likely to be some time yet before it joins the rest of the country in moving down the alert levels. Given its position as the country’s economic powerhouse, the consequences of its prolonged shutdown will ripple through the rest of the country for some considerable time yet. The removal of Aucklanders from the domestic tourism market with the next round of school holidays looming is one example, and the slowdown in the production and supply of building materials already well underway, leading to shortages and rising prices, is another.

Moreover, it is likely to become more difficult to enforce significantly stricter lockdown conditions in Auckland for a prolonged period. It will be much harder to get Aucklanders’ full compliance with tougher lockdown conditions if they feel that the rest of the country is better off than they are, the prevalence of community cases notwithstanding.

A significant difference between this year’s Level 4 lockdown and last's is that there is a sense this year that we are much further along the Covid-19 journey then we were and are certainly much wiser. Its long-term nature is much more understood, and people are keener to know more about the Government’s long-term plans than they were. Debates about why the vaccine rollout had been so slow (until recently), or why there has been such a delay in introducing saliva-based testing that was first recommended about a year ago, are symptomatic of a rising impatience to know what is going on. So too is the mounting disquiet about the cumbersome MIQ system, and why it so difficult for New Zealanders wanting to return home to do so.

These niggles will intensify if we continue to see images of people in other countries, far more ravaged by Covid-19 than we ever were, getting on with their lives in a relatively normal way while we retain a level of restriction. Other countries seem to be striking a balance between managing and living with Covid-19 and getting back to normal. The question about why we cannot do likewise here will be raised more strongly this year than last, when we genuinely believed we could shut Covid-19 and its variants out of New Zealand forever.

In that regard, as the Prime Minister ever so tentatively acknowledges, things cannot go on as they are indefinitely. There has to be a point when we start to open up again, and Sir David Skegg’s recent task force report offered a pathway forward, albeit a vague and imprecise one. While that has understandably taken second place to the Delta variant outbreak, the Government cannot effectively shelve it, as it appears to be, because of it. With vaccination rates on the increase, and the rest of the world starting to reopen, the momentum here needs to intensify.

The Prime Minister has acknowledged lockdowns are just a device to deal with specific situations. But unfortunately, there were times in recent weeks when they appeared to be all the Government had to offer. Introducing new rules to enforce existing rules as we have done with the new Delta Level 2 smacks of bureaucracy for the sake of it. The public will not tolerate this sort of activity indefinitely.

For her part, the Prime Minister appears to understand this instinctively, even if her public health advisers, who seem trapped in a tight bubble of their own, do not. She knows we have to move down the path proposed by Sir David Skegg but seems unwilling, as yet, to bring the public into her confidence on how and when she will take this next step.

Her “abundance of caution” approach served the country well last year, but she now needs to trust her instincts for change a little more and signal the next steps. Covid-19 has moved on from being simply the public health issue it was initially, to a much wider socio-economic one, now affecting every aspect of our society. The Government needs to recognise this and move on from the narrow strain of public health advice that has controlled its approach for the past 18 months. The focus now needs to shift to keeping New Zealand safe while we reopen our country.

The Prime Minister certainly has the communication skills to promote shift, as the way she has faithfully sold the public health line over the past year shows. The bigger question is whether she is ready and willing to do so.