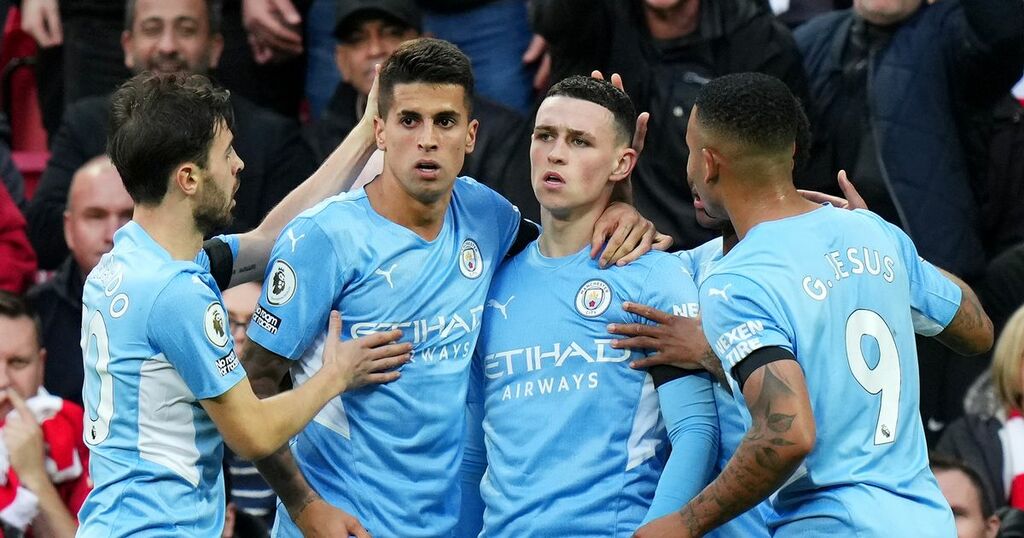 James Milner should not feel too bad about his struggles at the weekend because Phil Foden would have done exactly the same to Trent Alexander-Arnold.

That was the view of former Manchester City defender Nedum Onuoha, who joined the City Is Ours team for a Facebook Live on Tuesday to pick over the thrilling 2-2 draw at Anfield and the season so far for Pep Guardiola’s men.

Foden ’s exhilarating showing on Merseyside, where he netted the first of two second-half equalisers for the visitors, was one Onuoha enjoyed watching, albeit with a measure of sympathy for his old team-mate Milner.

The veteran former England international filled in for Trent Alexander-Arnold on Sunday, although Onuoha believes that a merciless Foden would have tormented anyone unfortunate enough to be playing at right-back against him.

He said: “The way Phil was with James at the weekend, that is an older player’s worst nightmare. Someone who is that talented who will take the game to you - no questions asked, no relenting, no ‘I like you, I’m going to be nice’, which can happen in football sometimes.

“Here’s a hot take for you as well - as much as Milner didn’t have his best game, I think Milner is still better defensively than Trent would have been.

“What Phil did to James, I think he would have done to Trent. As good as Trent is going forward, you hear the questions about him going the other way.

“Last season when City beat Liverpool there, Raheem really took Trent to town. Whoever would have been playing at right-back for Liverpool in this game is going to be under pressure.

“These more talented young players, you can’t just kick them and leave one on them early like back in the day to get them frustrated. They bounce back up and are ready to go at you again, and now you’ve got a disadvantage because you’ve been booked. It can be very tough.”

Onuoha was then asked how far he believes Foden can go in the global game and responded by saying, unequivocally, the sky is the limit.

He added: “In my life watching football, the best of the best have been Ronaldo and Messi from years gone by.

“In terms of timing, the fact those two players are in their mid-to-late 30s, why would you not aspire to be part of the conversation? People laud a Kylian Mbappe and someone like that — why can’t Phil be spoken about in the same manner?

“And that’s mind-blowing because you’re talking about someone at City who’s from Manchester. I think he’s capable of doing anything and the best thing is he keeps on getting better and better.

“He’s very capable of being the best player in Manchester City’s team, which says a lot because it’s one of the best teams I’ve ever seen.

“You can see the players respect him a lot. After the PSG game, when everybody was doing post-game hugs and all that stuff, there were a few people trying to get to Phil.

“When your peers appreciate who you are and you’re still getting better, let’s just say your ceiling is very, very high.”

Do you think Phil Foden can become one of the best players in the world? Follow our City Is Ours team Dom Farrell and Alex Brotherton on Twitter, along with Nedum Onuoha, and let us know your thoughts in the comments below.