A new electric vehicle charging super hub said to be one of the largest in Europe will be built in the West Midlands.

The NEC Group has revealed plans to install 182 charging points on its campus in Solihull.

It is working with The EV Network, a specialist in charging infrastructure, on the scheme which will contain 16 ultra-fast 300KW DC points capable of powering up 32 vehicles at any one time, each in under 30 minutes.

There will also be a solar canopy to generate electricity for the hub and a further 150 7KW AC points.

These take significantly longer to charge a vehicle and will be available for use by visitors to the NEC campus which welcomes around seven million people a year to its conferences, exhibitions and live events.

There will also be a new entrance on the main campus road close to junction six of the M42.

Completing the scheme is a new drive-thru café, whose operator is not yet being named, which will have indoor seating and 26 standard parking bays for customers to visit while charging their vehicles.

The project, all of which will be set within the East 3 car park next to Pendigo Lake, is due to be completed by the autumn.

The company, which runs the National Exhibition Centre and Resorts World Arena venues on the site, said the project formed part of its long-term sustainability strategy and also allowed it to electrify its own operational vehicles to support carbon reduction.

Group chief executive Paul Thandi said: "As the UK's leading live events business, we also want to be a leader in sustainable practices. Creating an EV charging hub of this scale is a step change for the UK's green travel strategy.

"We know many electric vehicle drivers suffer from range anxiety and this is a barrier to others switching to greener modes of transport."

EV Network co-founder and chief executive Reza Shaybani added: "This is an exciting project with national importance which will significantly impact the EV charging landscape.

"The location and size of the charging hub within the UK's transport infrastructure provides reassurance for drivers travelling between cities.

"The NEC is the largest exhibition space in the country and welcomes several million visitors a year to its venues at the campus.

"By introducing this provision, we believe this is an investment not only for visitors to the site but also into the wider EV charging infrastructure for the UK. We are pleased to have partnered with the NEC Group for this project." 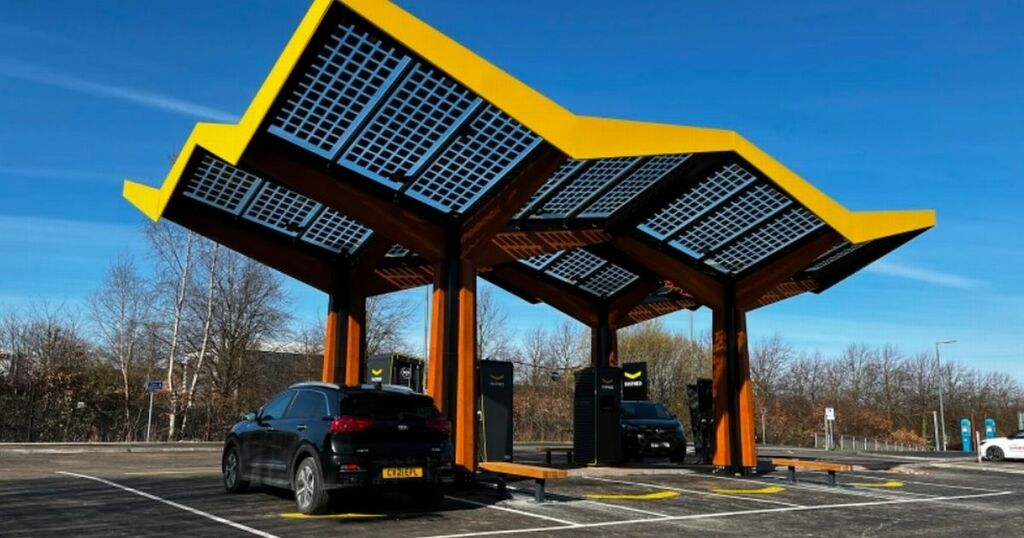