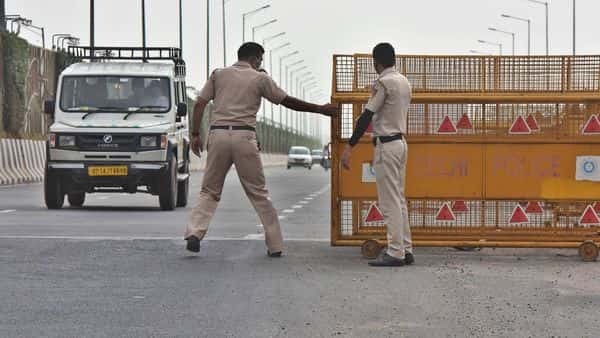 The Delhi police on Wednesday said that 1700 of its personnel have tested positive for Covid-19 between January 1 and January 12.

Meanwhile, in another related development, Delhi government has taken action against 4,434 people for not wearing masks in public or work places, according to official data.

The data stated that till Monday 4,434 people were challaned for violation of masks, 107 for not maintaining social distancing, 17 people for spitting in public places and two for consumption of liquor or tobacco items in public places in the city’s 11 districts.

The highest violation for mask was recorded in southeast district at 780, followed by east with 730 instances, north with 583, and southwest with 559 instances of violations. At 156, the lowest violations were recorded in New Delhi district, it said.

A senior police officer said that the Delhi Police has registered 170 FIRs and issued 644 Covid-19 challans from Monday 10 pm to Tuesday 5 am for allegedly violating night curfew imposed in the national capital.

Earlier during the weekend curfew, authorities issued 8,935 challans and imposed fines worth over ₹1.76 crore for alleged violation of COVID guidelines.

During the two-day curfew, it lodged 751 FIRS under section 188 of the Indian Penal Code and issued 3,156 challans.

Only those involved in essential services and those facing an emergency situation are allowed to step out of their homes during the curfew.

Those venturing out will have to produce e-passes issued by the government or valid identity cards.

Revenue Department has formed flying squads to take action against big gatherings and violations of social distancing norms at restaurants, hotels, markets and other such places.

The intervention came in the wake of reports of overcrowding at the city’s marketplaces.

Police officers and field functionaries have been directed to immediately ensure strict enforcement of the DDMA order, they had said.