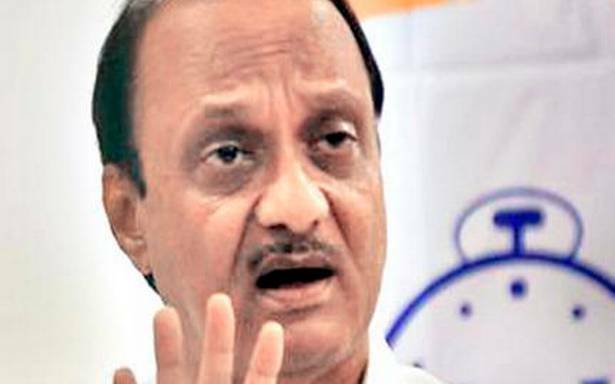 A large number of NCP workers gathered at the council hall in Pune city on Friday to show their support for Maharashtra Deputy Chief Minister Ajit Pawar and condemn the Income Tax Department’s raids on various firms linked to his family members.

Party workers carrying placards and shouting slogans gathered to support Mr. Pawar, who arrived at the council hall to chair a weekly review meeting of the COVID-19 situation.

"We have already condemned the I-T raids, which were conducted out of vendetta. Everyone knows Pawar's disciplined approach to work. The raids were carried out to demoralise the Maha Vikas Aghadi ahead of the civic elections," the party’s city unit president Prashant Jagtap said.

No wrongdoings have been found against Mr. Pawar during the raids so far, Mr. Jagtap said, adding that party workers from the city had gathered to show their support for Mr. Pawar.