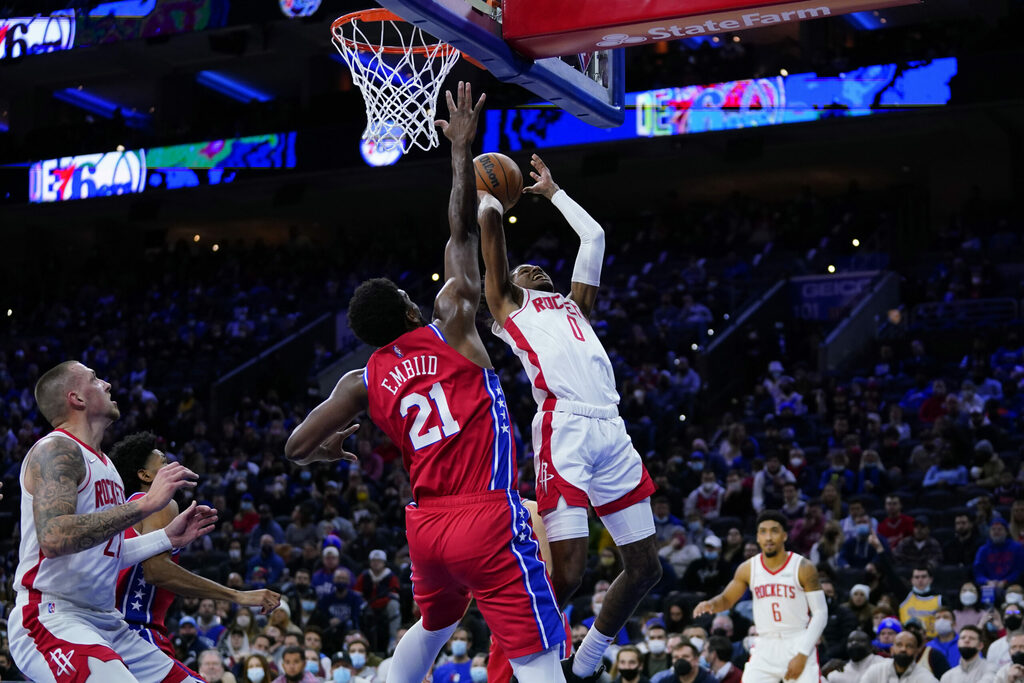 NBA Issued Most Swearing Fines in Nearly 20 Seasons in 2022

Perhaps more than any other major professional league in the U.S., NBA stars are not afraid to speak their minds. This year, it has cost players a total of $95,000 in fines for swearing, the most the league has issued in a single year dating back to 2003 to ’04, the first year for which the league provided data, according to Sports Illustrated‘s Howard Beck.

With fiery players like Draymond Green and Chris Paul’s teams alive and well in the NBA playoffs, that number may still break into the six digits before the season is over.

The 2021–22 season marked the first in which teams welcomed largely-full arenas for the entire year since COVID-19 took hold in early 2020. As a result, NBA president of league operations Byron Spruell said that the league has renewed its efforts in upholding league standards and “decorum,” even for swears that take place on social media or in print interviews, and not just on the court or in official press conferences.

“We get the emotion,” Spruell told SI. “We get the sort of element of authenticity. We’re not trying to take that away in any of this around the game, and their expressions on and off the court. But at the same time, we do have standards that we wanted to come back to and message very hard this year.

“We’re not trying to be Pollyannish about this at all.”

The renewed focus has raised questions on how far the league should go, however. A league official told Beck that some players were warned or fined privately in some instances. Beck reports that Nuggets center DeMarcus Cousins “was put on notice” for profanities used in an April interview with ESPN’s Andscape.

The National Basketball Players Association issued a statement, noting to Beck that the collective bargaining agreement does not contain language policing profanities.

“Players showing emotion by cursing or using other strong language is not new and is something that will continue to naturally occur, considering the intensity and extremely high level of competition in our league,” the NBPA said. “We’re currently discussing these matters with the league and hope to gain some clarity and resolution both with respect to the discipline already imposed and the issue in general going forward.”

At the same time, players like Green may be willing to pay the price to express themselves. Just last week, he laid things out pretty clearly after being fined $25,000 for throwing up double middle fingers at Grizzlies fans, who booed him as he left to be stitched up for a right eye laceration.

“I’ll take the fine. I’ll go do an appearance and make up the money,” Green said. “But it felt really good to flip ’em off. … If they’re going to be that nasty, I will be nasty too. I’m assuming the cheers was because they know I’ll be fined. Great, I make $25 million a year, I should be just fine.”