Navy Pier Marina update: Suit filed because of a permit denied by the city for marina construction 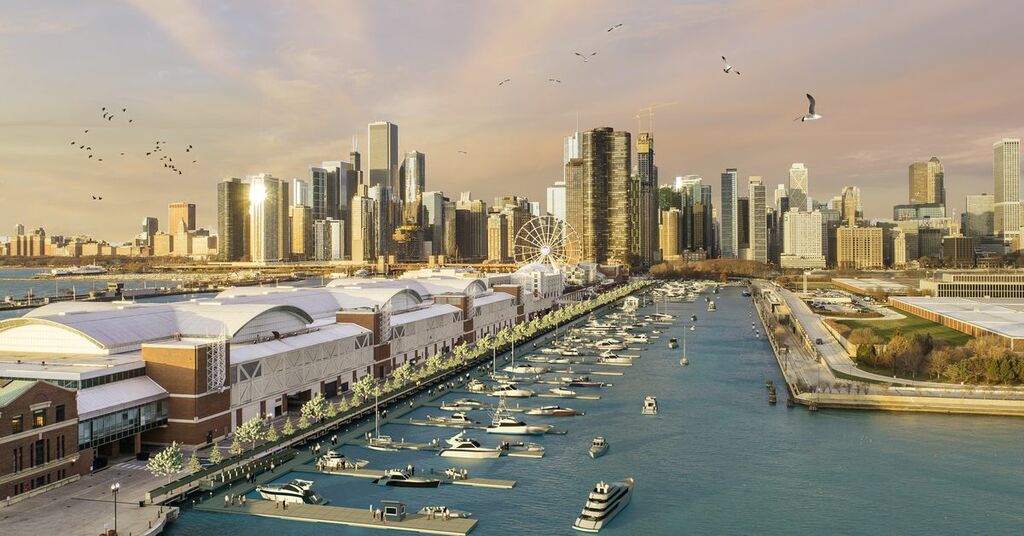 I know a lot of readers had questions on what is happening with the proposed Navy Pier Marina on the north side of Navy Pier. It remains stalled.

The wait has been on a final permit, which just brought a suit by NPM Venture LLC against the Chicago Department of Transportation for its denial of a permit.

In an email, manager Randy D. Podolsky stated, “Our goal is to receive a permit promptly and be open for the 2022 boating season.”

The lead two sentences from the NPM press release captures the essence of the suit:

Chicago September 8, 2021 NPM Venture LLC (“NPM”) (www.navypiermarina.com) the developer of the long-anticipated Navy Pier Marina project filed a four-count lawsuit in Cook County Chancery Court Wednesday alleging the Chicago Department of Transportation has no legal authority to deny a harbor permit for construction of the project. Before CDOT’s denial, the privately funded, short-term docking marina to be built on the north end of Navy Pier had received permits and approvals from all other governmental agencies and widespread support from the business and recreation communities.

Click here to read the full release from NPM on the suit.