For the first time in its 70-year history, NATO has directly called out China’s foreign ambitions and “coercive policies” as a “systemic challenge”, further raising tensions in an Asia-Pacific region experiencing a multi-nation arms race.

At its Madrid summit, attended by Prime Minister Anthony Albanese, the 30-country alliance committed to spending at least 2% of GDP on defence. China has rebuffed NATO’s description as a slander and noted that it only spends 1.3% of its GDP on defence.

NATO secretary general Jens Stoltenberg described the 2% defence spending as a “floor, not a ceiling”. “Since 2014, European Allies and Canada have spent an extra $US350 billion dollars. Nine Allies now reach — or exceed — the 2% target. Nineteen Allies have clear plans to reach it by 2024. And an additional five have concrete commitments to meet it thereafter.”

NATO’s concerns about Russia and China saw Albanese and the leaders of Japan, South Korea and New Zealand attend the Madrid summit, its biggest summit since forming in 1949. The meeting also committed to more military and humanitarian aid for Ukraine.

It comes amid increasing concerns about China’s activities in the region. During his four-day visit to India last week, Defence Minister and Deputy Prime Minister Richard Marles warned, for the second time in as many weeks, that China’s increasing assertion in the Pacific region risked sparking a regional arms race.

“Insecurity is what drives an arms race,” Marles said. “China’s military build-up is now the largest and most ambitious we have seen by any country since the end of the Second World War. It is critical that China’s neighbours do not see this build-up as a risk for them.

“It is vital that China commits to resolving this dispute through a process of dialogue consistent with international law.”

A regional arms race is already cranking up. Australia and India are boosting defence spending and upgrading their militaries, a trend only likely to accelerate. Marles is in charge of a defence budget that has climbed from a postwar low of 1.6% of GDP in 2013 to 2.11% in the latest budget.

Total global military spending increased by 0.7% in real terms in 2021, to reach US$2113 billion (A$3059 billion), a record. The five largest spenders in 2021 were the US, China, India, the UK and Russia, together accounting for 62% of expenditure, according to the Stockholm International Peace Research Institute (SIPRI).

“Even amid the economic fallout of the COVID-19 pandemic, world military spending hit record levels,” Dr Diego Lopes da Silva, senior researcher for SIPRI’s military expenditure and arms production program, said. “There was a slowdown in the rate of real-terms growth due to inflation. In nominal terms, however, military spending grew by 6.1%.”

Spending in Asia and Oceania increased by 3.5% in 2021, the same year that Japan’s military budget passed 1% of GDP for the first time since 1960.

A detailed 2019 report by SIPRI showed that military spending for the region increased by at least 33% between 2009-18, with arms purchased in the decade about twice those of the previous decade.

That was significantly more than the global jump in military spending, or “the growth in most other regions and sub-regions”, it said. “While arms acquisitions partly replace older weapons withdrawn from service, it is estimated that the total volume of the inventory of armed forces in South-East Asia grew by 33% from 2008 to 2017.”

The race has gathered speed since.

Countries in dispute with China in the South China Sea are understandably lifting spending and modernising their armed forces. Indonesia is upgrading its navy, including the procurement of three submarines and several new warships in recent years, and in a defence paper released last year committed to spending US$125 billion over the next 20-plus years. Yet at present it still spends less than 1% of its GDP on the military.

Vietnam has long had fractious relations with its fellow communists in Beijing and has been ahead of the game increasing military spending almost seven-fold between 2003-18 and it is now more than 2% of GDP.

The Philippines has long underspent on defence, leaving its military with ageing equipment, but it boosted spending by 7.87% in the 2022 budget, a trend expected to continue under newly elected President Ferdinand “Bongbong” Marcos Jr.

Smaller nations such as Cambodia (where there are reports that China is building a secret military base), Myanmar (now mired in a civil war), Brunei, and Singapore all spend between 2.4% and 4.1% of GDP on their militaries.

One major wrinkle in the prospective escalation in military spending is the region’s overdependence on Russian arms — and India is also a key player here — and this has been thrown into doubt due to the Russian invasion of Ukraine both in terms of supply and the risk of secondary sanctions.

The intention to upgrade Australia’s military — particularly our naval capability through proposed new nuclear submarines after the cancellation of the $90 million contract with France — and to acquire a fleet of new naval vessels was mismanaged by the previous government.

An April 2022 report by the Australian Strategic Policy Institute said the future frigate program, begun in 2016, was estimated at $30 billion, but by 2021 the cost of the warship project had grown to $45.6 billion, and the report recommended it be scrapped due to inadequate capabilities.

Managing this increased spending in an environment where further failures are not an option, while trying to convince other countries they shouldn’t in an environment were China is only going to make many countries feel even more insecure, presents Marles with both a difficult task and an interesting conundrum. 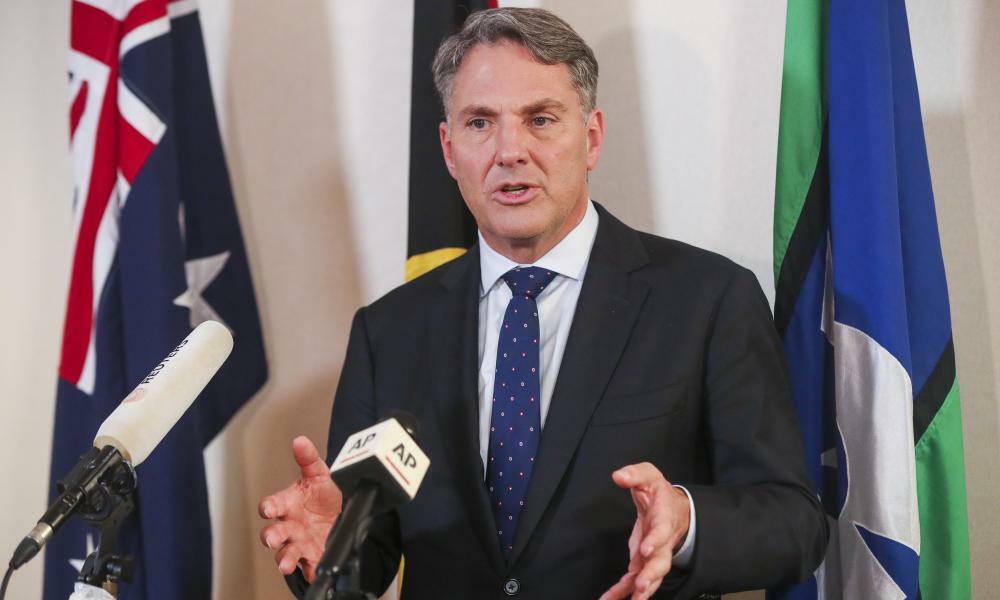 VLADIMIR Putin is an “appalling dictator” and his troops must be pushed out of Ukraine, Foreign Secretary Liz Truss said…

Australia’s new defense minister is talking down the prospect of Australia acquiring U.S. nuclear-powered submarines by the end of the…