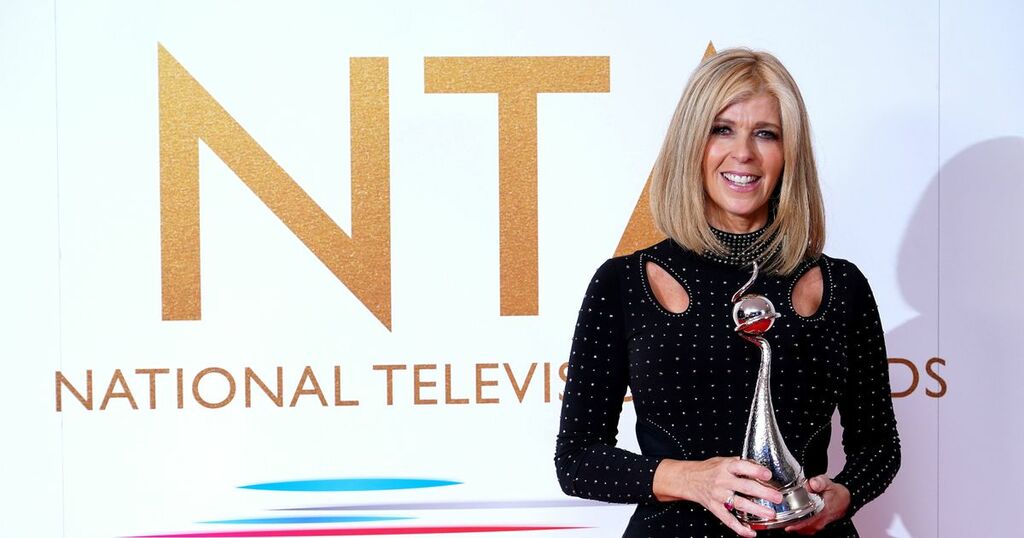 The National Television Awards acceptance speeches are always something to look forward to and this year’s drama was no exception.

Among the glitz, the glam, and the slightly intoxicated, there were moments of laughter, emotion and hope from the stage.

From paying tribute to those affected by the COVID-19 pandemic to an achingly-cute speech from the show’s youngest-ever winner, the ceremony did not disappoint.

And there were some exciting moments too as the cast of one winning show teased fans that another series could be on the cards.

Here are some of the best quotes from the 2021 National Television Awards...

The actress, who plays Nina on the ITV soap, broke down into tears before accepting the gong on Thursday night.

Choking back tears, Mollie said: "Obviously the storyline has been, it's been an amazing storyline to tell. I think lots of awareness has been made. I'm so grateful to be part of that.”

The award was for his performance as serial killer Dennis Nilsen in Des.

Sheen riffed a little, pretending to accept the award on David’s behalf, before David accepted, joking: “I know how hard it was to hand that over.”

David also said to his fellow nominees: “I’m very sad you’re not up here receiving this award… though obviously not that sad, because I’m delighted.”

In true Ricky Gervais fashion, the crowd were left chuckling as he accepted the award for best comedy for his Netflix show After Life.

He continued: “I do [this] for the money… you’re the second reason.”

The show, which has completed its second season, beat off competition from Friday Night Dinner, Sex Education and The Vicar of Dibley.

Kate Garraway paid an emotional tribute to her husband Derek Draper after winning the award for best authored documentary.

Her ITV film Finding Derek followed the story of the TV presenter’s husband and his struggle with COVID-19.

She continued: "Whatever you’re going through, however you’re affected, you’re not forgotten.

"We want the joy back, we want it to be over, but if you’re still living with the scars, the fight goes on.”

Ten-year-old Jude Riordan - who plays the soap’s Sam Blakeman - could not have been happier with his win.

The crowd were left in stitches as the youngster had to be lifted up to the microphone to be able to give his acceptance speech.

"Oh my word," he said on accepting the gong. "This is amazing.

"I'd just like to say thank you to all my fans who voted for me and all my Corrie cast and crew for helping me and my family for supporting me."

Emotions were running high as the cast of It’s A Sin accepted the award for best new drama at the NTAs.

The Channel 4 drama was written by highly-acclaimed Russell T Davies, who accepted the award with a moving speech.

With cast members looking emotional behind him, Russell dedicated the gong to those who died during the AIDs crisis.

“This is a story about a pandemic where many people lost their lives so tonight is to dedicate this to those we lost, those who lived, those who learnt and those we loved,” he said.

Could a seventh season of Line of Duty be on the cards?

The BBC show scooped gongs for best returning drama and also the special recognition award at the NTAs.

And actor Martin Compson, who plays DI Steve Arnott, hinted the Jed Mercurio drama could return after its sixth season.

Speaking on stage, Martin said: “We genuinely don’t take this for granted and who knows, maybe we’ll be back again.”

And joining in remotely, co-star Adrian Dunbar, who plays Superintendent Ted Hastings, added: “Most of all the great British public who so overwhelmingly supported us.

"And as Martin says, who knows? We might be back?”