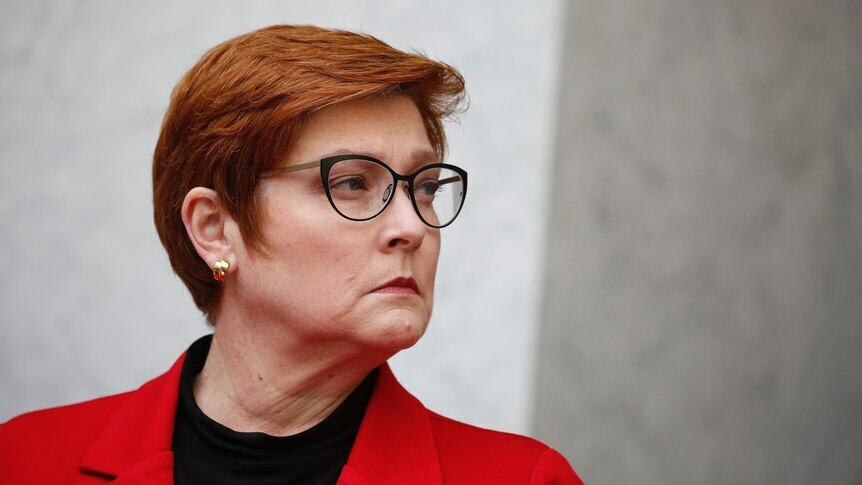 The national women's safety summit has ended in a political stoush, with some state ministers backing critics of the federal government who argue it has failed to address violence towards women.

Initially described as "a-partisan" by Prime Minister Scott Morrison, the final statements of the two-day summit saw the Labor states join former political staffer Brittany Higgins in criticising the Commonwealth's handling of women's safety, while calling for reform and resources.

The summit was called after Brittany Higgins went public with allegations she was raped by a colleague inside Parliament House in 2019, triggering a national reckoning about the treatment of women in politics and more broadly.

Victorian Minister for Women Gabrielle Williams used her closing remarks to accuse the Commonwealth of failing to commit to meaningful change.

"I have to admit that after the last four days I'm somewhat disappointed that, despite the advocacy of the women's movement for decades and despite the progress we're making here in Victoria, the national conversation has been really slow to shift," she said.

"If the Commonwealth was serious about women's safety it would be leading reforms to improve women's economic security, advancing primary prevention and addressing [the] housing affordability crisis which is deepening across our country."

Queensland Attorney-General Shannon Fentiman also criticised the government for failing to take enough action, saying, "Words are not enough," while West Australian Minister for Women's Interests Simone McGurk said the Commonwealth had not made significant progress on women's safety in recent years.

The statements prompted a rebuke from Federal Minister for Women Marise Payne, who told the summit the Commonwealth had prioritised women's safety, allocating more than $1 billion in the last budget.

"We have worked constructively and collaboratively with the states and territories, and we've welcomed that input and moved past so many of the political differences that bedevil governments these days, exacerbated by clickbait efforts on social media, exacerbated by small-minded political pointscoring when we are, in fact, together so much stronger and so much more than that.

"I would be deeply concerned if that non-partisan approach was to be thrown away by some now for their own reasons.

The summit was convened to inform a new national plan to reduce violence against women and children.

A statement released by summit participants, and presented to the federal government, listed a range of priorities for that plan, including long-term investment by all governments for prevention of violence against women, and further interventions and investment in housing and advocacy.

Government insists it has not rejected recommendations

The Labor states also criticised the government for failing to implement all of the recommendations in the Respect@Work report.

The landmark report found workplace sexual harassment in Australian workplaces was both prevalent and pervasive, and the current legal system was insufficient to effectively deal with it.

But Ms Fentiman said all changes needed to be enacted.

"We have to do better in our workplaces, especially if we are to end gender discrimination, and we have some of the tools ready to drive that change," she said.

"As a matter of urgency, we have heard over the last couple of days we need to properly implement all of those recommendations of Respect@Work."

Senator Ruston told the summit the government was consulting on the remaining recommendations, insisting it had not rejected any of them.