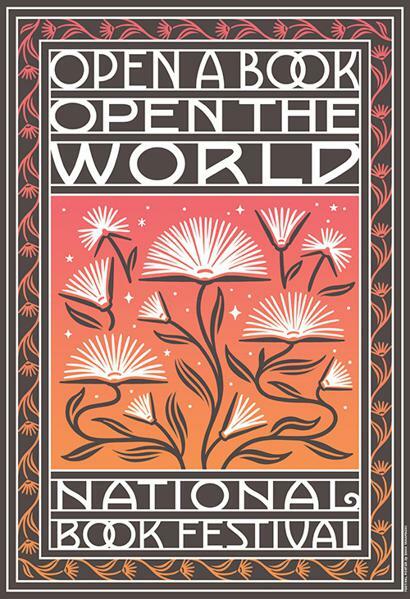 The 2021 Library of Congress National Book will take place over a 10-day period starting September 17, with a wide range of programming in various formats aimed at adults and young people around the theme of “Open a Book, Open the World.” Most of the festival will happen virtually, with live virtual events viewable on the festival’s website, along with two in-person events. The festival, which was co-founded in 2001 by First Lady Laura Bush, will include a renowned list of over 100 authors including Tana French, Roxane Gay, Yaa Gyasi, Chang-rae Lee, Sue Miller, Lupita Nyong’o, Marcus Samuelsson, among others, and offer videos on demand, live question and answer sessions, podcasts, and a television special. Programming will cover a range of genres, including current events, history, biography, fiction, poetry and prose, and science aimed at adults, along with programming for children and teens.

All events are free to view or attend, but there will be limited tickets released to the in-person events, a September 21 live conversation between Adrienne Raphel, author of Thinking Inside the Box: Adventures with Crosswords and the Puzzling People Who Can't Live Without Them (Penguin Books) and Will Shortz, New York Times crossword puzzle editor and NPR’s Puzzlemaster, and a September 25 conversation between poet and writer Nikki Giovanni about her latest book, Make Me Rain: Poems & Prose (William Morrow) and Librarian of Congress Carla Hayden.

Among the many authors participating in video on demand conversations are Rep. Sharice Davids on her children’s book Sharice’s Big Voice: A Native Kid Becomes a Congresswoman (HarperCollins Kids), Nobel Prize winner Kazuo Ishiguro, author of Klara and the Sun (Knopf), in discussion with author and former Library of Congress Literary Director Marie Arana, and Silvia Moreno-Garcia, author of Mexican Gothic and Velvet Was the Night (both Del Rey), and Sarah Pearse, author of The Sanatorium (Pamela Dorman), about the gothic novel genre, in conversation with book critic Bethanne Patrick.

To introduce audiences to this year’s festival, PBS will air a special, September 12 at 6 p.m. hosted by LeVar Burton, from his public library in Los Angeles. Among the 19 authors featured in the special are Microsoft co-founder Bill Gates, author of How to Avoid a Climate Disaster: The Solutions We Have and the Breakthroughs We Need (Knopf), fashion designer Diane von Fürstenberg, on her book Own It: The Secret to Life (Phaidon Press), Amanda Gorman, author of The Hill We Climb: An Inaugural Poem for the Country (Viking), young adult author Angie Thomas, discussing her latest novel, Concrete Rose (Balzer + Bray) and Pulitzer Prize-winning journalist Isabel Wilkerson, author of Caste: The Origins of Our Discontents (Random House).

In a statement, Burton said, “I’m proud and honored to join Dr. Carla Hayden to explore the National Book Festival. A good book can take you on a journey. After the last year, we’re all ready to plot a new course, and books can be an amazing compass. Join me for the National Book Festival as some of our nation’s leading literary voices bring us a sense of renewal, discuss their newest work and open up a whole new world of possibilities.”

The festival has partnered with The Washington Post for two live conversations on September 17, one featuring actor Michael J. Fox, author of No Time Like the Future: An Optimist Considers Mortality (Flatiron Books), the other with U.S. Poet Laureate Joy Harjo, author of Poet Warrior: A Memoir (W. W. Norton & Company), both in conversation with Post opinion writer Jonathan Capehart.

Additionally, the festival has also partnered with NPR to air six podcast episodes featuring authors such as Isabelle Allende, the Chilean author of The House of the Spirits, among others, on Alt Latino, Kacen Calendar, author of National Book Award winner King and the Dragonflies (Scholastic Press), on Code Switch, and outdoors activist Ambreen Tariq, author of Fatima's Great Outdoors (Kokila) on Short Wave.

On a local level, some states are holding events such as watch parties and live conversations, author talks and book clubs, some virtual, some in-person. Those events can be found here.