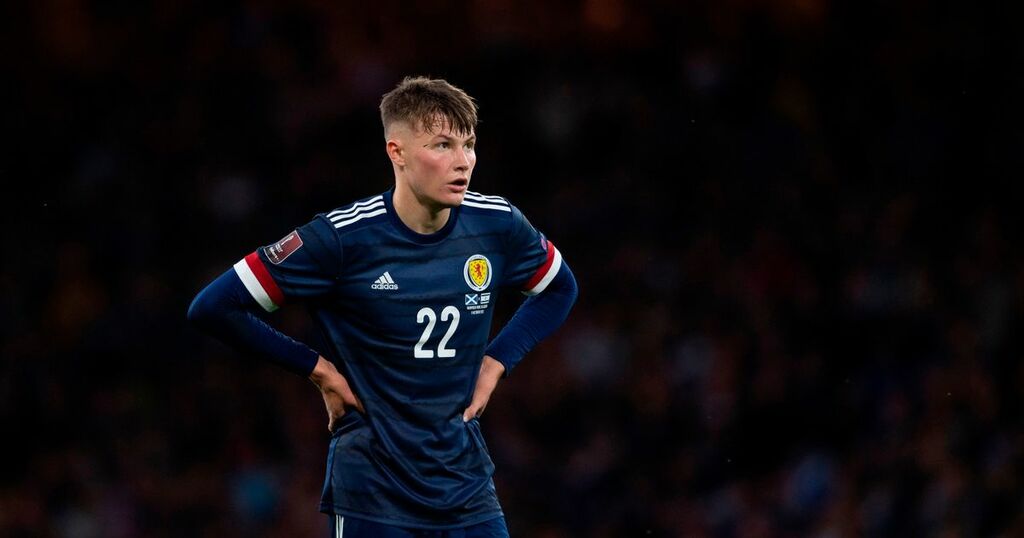 Steve Clarke insists his Scotland players deserve a pat on the back for taking the nation to the brink of another major tournament play-off.

But praise for the man at the helm was in short supply on the Hotline despite Clarke steering us to four straight wins on the road to Qatar 2022.

Tuesday’s nerve-shredding 1-0 win in the Faroe Islands keeps the Scots four points clear in second spot but Clarke was in the firing line for his Torshavn team selection.

Robert Robertson, Barnsley, said: “Clarke only had two changes to make to the starting XI - Grant Hanley into the back four because he’s a defender for Scott McTominay who isn’t. Kevin Nisbet in for Che Adams because he’s a striker and Christie isn’t! Go with the rest of the lads that got the job done on Saturday, hardly rocket science. Kris Boyd was right, the ‘Fraser experiment’ didn’t work. Clarke gave Nathan Patterson ten minutes and he pulled him out of the mire with a fantastic delivery into the box.”

Tim Gibbens emailed: “You could practically squeeze the entire population of the Faroe Islands into Hampden Park. Never mind reminiscing about the halcyon days of Archie Macpherson commentating on Scotland at a World Cup finals - nowadays, we struggle to beat an archipelago!”

Hotline regular Scott Gowers claimed yesterday that Alex McLeish lost his job after leading the Scots to a second-placed qualification.

But Sam Morton, Edinburgh, was quick to correct his error, stating: “What second place finish by Alex McLeish is Scott Gowers on about? McLeish was sacked following the shambles in Kazakhstan. McLeish actually won the Nations League group but against similar-ranked teams, but finishing second from a pot three seeding as Clarke’s team are set to do is a much better achievement.”

He said: “Rangers fans’ reaction to Nathan Patterson putting a cross in for Scotland’s goal in the Faroes has been hilarious. The boy puts in a decent cross and we’re all expected to be out in the street dancing a jig with Patterson t-shirts on and declaring a national holiday. I’ve just stuck a fiver on Ewan McGregor playing him in the film.”

The same caller stirred up another stooshie yesterday when he dubbed Rangers’ league win a ‘training match title’ and stated Steven Gerrard’s side could only dream of a treble Treble.

Davie Prior, Dumbarton, blasted back: “So Gordon Ashley says Rangers fans can only dream about a treble Treble? A bit like his lot only being able to dream about 10 in a row which clearly still stings for him, never once did I hear a song about Trebles or Doubles on Celtic’s 8.75 in a row run. The 10 was all that mattered and Celtic crumbled. And, just for the record Gordon, both clubs have seven Trebles.”

Alfie Mullin, London, added: “Gordon Ashley continues to call Rangers' Premiership win, a 'training title' and says that Rangers fans can only dream of winning a treble Treble. Celtic fans had their 10 In A Row dreams squashed. Their Nine In A Row was part of a tainted treble. The officials gave them the League Cup via an offside goal, they were handed the title, courtesy of a zoom meeting, over an unfinished season and using Gordon's logic, they picked up the Scottish Cup, against Championship opposition, following a training match tournament.”

And George Wilson, West Sussex, said: “Once again Gordon Ashley is on this page with his usual anti-Rangers comments. He is still suffering the shock of Rangers winning Celtic’s 10 In A Row season by 25 points in an unbeaten league season. And even worse Rangers are now eight points better off than this time last season with Celtic based on the first eight games.

"So a 30 point differential this season is quite possible. And as for the training ground trophy nonsense which he is repeating yet again Rangers have already won several games in front of large crowds including beating Celtic in front of 51,000.

"Gordon is once again proving what we all already know which is that he talks a lot of nonsense.”