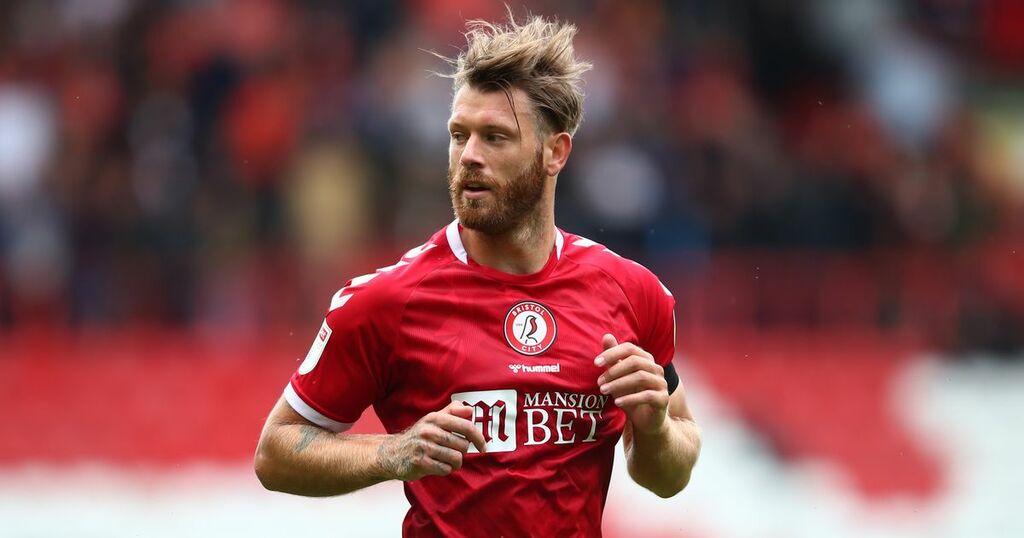 Growing up in Worcester, and before being provided with the physical gifts adulthood provided him, Baker was a traditional chalk-on-the-boots, take on the full-back-type player at Christopher Whitehead Language College in Worcester, taking advantage of his natural left foot and express pace.

After being scouted and taken into the Aston Villa academy, as he grew bigger and stronger he was moved back into the defensive positions we now all recognise him to specialise in.

However, although he was an aerially-dominant and aggressive centre-back by his mid-teens, alongside Ciaran Clark, Baker's debut for Villa in 2011 at the age of 19 was at left-back.

This is all, of course, relevant because for the last two matches Baker has been moved from his more accustomed position to the centre of defence and out towards the touchline, behind the more aggressive attacking presence and naturally wide Cam Pring.

"It's never new to me," he said. "And I've moved over, what, like five metres? It's not like I'm a million miles away (from centre-back).

"I enjoy it. I've got it in me. It might surprise some people but I'm pretty quick, I can get up and down so that's not a problem.

"I have Cam in front of me, he's got bags and bags of energy so if I keep feeding him the ball and supporting him from behind I'm sure we'll all be happy. We can switch over, me and Rob (Atkinson) can switch over. We're fluid as a team."

Nigel Pearson's tactical switch lay in combating Cardiff City's aerial threat by adding as much physicality to his team as possible, with Zak Vyner also earning the nod at right-back. But such was the level of Baker's performance, true to his manager's word he couldn't be left out against Preston North End.

And while he put in another strong defensive shift against the Lilywhites, his presence in that position - particularly at the expense of the more offensively-minded Jay Dasilva - has opened up a debate ahead of the visit of Luton Town tomorrow night, as City's desire for a win at Ashton Gate only intensifies.

Pearson has indicated he will make minimal changes to his starting XI, due to the level of performance on Saturday, and has insisted that keep Baker in the starting XI at left-back doesn't affect City's impact in the final third, albeit with the manager later claiming that the Robins didn't get forward into wide areas enough against Preston.

In simplistic terms: Baker = defence, Dasilva = attack and, depending on who starts, that is then viewed in the greater sense of being somehow symbolic of Pearson's overall gameplan on that specific day.

There is, of course, considerable more nuance to it than that, plus an additional layer to the argument that the more Baker plays at left-back, the more confident he gets in the role to push on and support Pring in a more obvious attacking sense; and, indeed, one deep cross from the left touchline picked out Han-Noah Massengo against Preston, only for the midfielder's first touch to let him down when well-placed.

"When I first started out, I was a left-winger, so the attacking is in there somewhere!" he added. "I see it's something I'll adapt to and bring to my game. As I said, Cam is that sort of player who you can give it to and he'll take it over and cross the ball if I can. I'm there to back him up."

Baker brings a sense of stability to the City team after a summer of considerable instability for him as a person following the unique u-turn that took place over 45 days across May and June.

The 30-year-old was initially named among the 11 players whose contracts wouldn't be renewed at Ashton Gate - and was among the two or three regrettable individuals on that list - and was able to seek his future somewhere else as a free agent.

But six weeks later, Baker then signed a new two-year contract in BS3 with the implication being that a financial compromise had been reached after the full scope of the summer market, and all its uncertainties in the Covid age, became clear.

Baker insists that even when the announcement to release him was made, the options was always there for him to stay and he never had any real desire to play anywhere else.

"I believe the door was always left open for me," Baker said. "My injury last season didn't help things. I managed to get the last couple of games which was a big tick, something I needed to do, to prove myself.

"The door was always left open, it was just a matter of sorting out the contract situation and we managed to do that.

"I've been here for five years, so yeah (it was disappointing), but I was never really thinking this was 100 per cent. With the circumstances going on, it made things different, but I believed it my ability.

"With the new gaffer coming in I wanted to prove that I wanted to work for him and we came to an agreement."

Having been part of the club for that period of time, Baker is among the longest-serving members of the squad and a certified senior professional. But Baker's time in the West Country so far will be asterisked by injuries.

He's made 133 appearances (on loan and as a permanent signing) - averaging 26.6 a season - after suffering a series of small to medium problems and a hamstring injury that limited him to just three matches in 2020/21.

It's a symptom of his playing style - with some inside Ashton Gate claiming his willingness to habitually attack the first ball with absolute commitment occasionally being to his detriment - or due to a body that is susceptible to breaking down under the rigours of professional football.

But Dave Rennie's appointment as head of medical performance was of huge significance to Baker, with the former Leicester physio's brief simply to keep the squad fit an eradicate the injury problems that have derailed the Robins in previous season, of which the defender is very much an example.

So far, so good, with Baker having made four of a possible six Championship starts and completed 90 minutes in all of them. And while he's unwilling to give away state secrets, he feels fitter and stronger with greater confidence in his fitness levels and durability.

"He's given me a little bit of a kick on to do as much as I can preventing anything like that (last season's injury) happening this season," Baker added. "Touch wood, it's been working.

"I'm not one to dwell on the history. I'm looking forward to enjoying playing as much as I can. For me personally, I just want to play as many games as I can."

That being said, it's impossible for a player like Baker to emerge from a game completely unscathed and he addressed the media earlier this week with butterfly stitches to a small cut above his left eye; a result of a clash of heads as he was sandwiched inside the penalty area against Preston in trying to connect with a Tomas Kalas long throw.

As Pearson will be hoping with his new role in the team, old habits die hard.