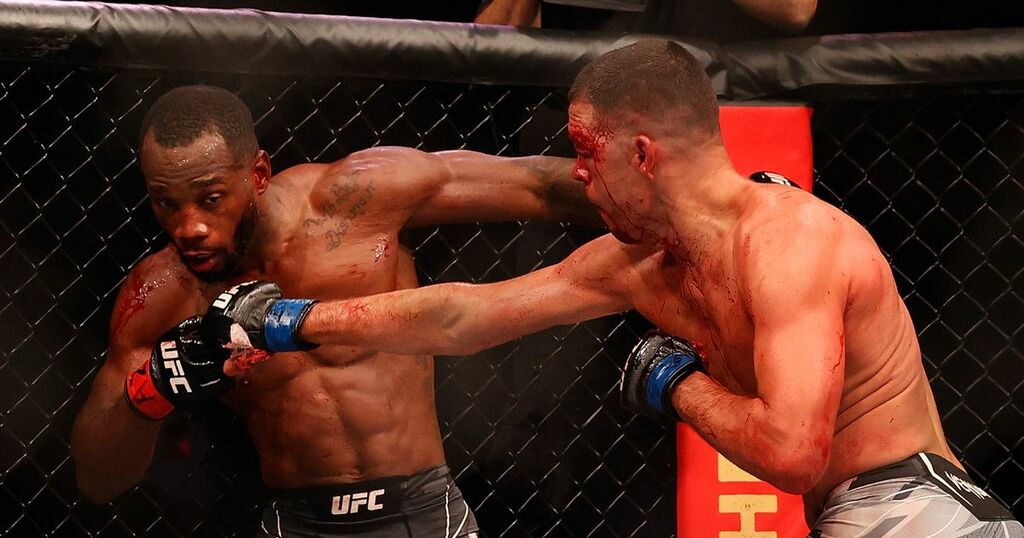 Diaz has been out of action since June after his close defeat to British contender Leon Edwards whom he almost stopped in the final round, but could not close the show.

And the American has since plotted a return to UFC action in December after revealing images of his preparations back in training, as he looks to find his next opponent.

Welterweight Luque previously called out Diaz after his victory at UFC 265, saying: "To me, Nate is a fighter and fighters fight, and I’m the kind of fighter that’s going to put on an exciting fight no matter who it is.

Diaz has been linked with a number of bouts upon his return including a trilogy bout with Irish star Conor McGregor, and a clash with his conqueror Dustin Poirier.

And former UFC middleweight Michael Bisping has advised that Diaz faces McGregor next as part of a "tune-up" fight before the Irishman moves on to a fourth fight with Poirier.

"I mean listen, Diaz is great, Conor's great, they are both big stars but they're just talking sh*t at one another," Bisping said on his podcast. "Listen, now it gets a little tiresome after a while. Either just fight or shut up.

"God knows what's happening with him, when he gets off Twitter and decides to stop talking s*** about half the world and his leg's healed, he'll need to be able to walk without limping.

"If Dustin Poirier becomes the champion by then he will get a title shot because if he beats Charles Oliveira and wins the title, and that's a big if, that's going to be Conor's next fight, I would have assumed.

"It'd be very interesting if it wasn't, I don't see why it would make news to be honest, it's just logical, but the big factor is whether or not Dustin is the champ by then.

"If Dustin wins the belt, then Conor fights for the belt and if Dustin doesn't then he doesn't because there's no way he's going in for a title fight unless it's Dustin Poirier."

And a clash for Poirier and Diaz remains linked, despite the' Diamond's' status as contender for Charles Oliveira's UFC lightweight title.

But Oliveira has admitted that it could be likely that Poirier takes the contest against Diaz as it is the "money" fight.

"We are human beings. It depends a lot on each person. I would rather fight for the belt than for the money.