US stocks rallied on Wednesday, with the tech-heavy Nasdaq Composite index closing more than a fifth above lows hit earlier this year, after fresh data showed inflation steadying in the world’s largest economy.

Consumer prices in the US rose 8.5 per cent year on year in July, a slower increase than in June and below economists’ forecasts of 8.7 per cent. The data published on Wednesday also showed that on a month-on-month basis, there was no increase in inflation in July compared with the 1.3 per cent monthly rise in June.

The figures added further fuel to a two-month recovery in financial markets, as traders bet the Federal Reserve might be led to temper its aggressive interest rate rises aimed at subduing soaring prices.

The Nasdaq Composite, which includes big technology companies such as Apple and Microsoft, rose 2.9 per cent on Wednesday, bringing its gains to 20.7 per cent from lows reached in June. The fast-growing businesses in the index were hard hit this year as investors slashed their global growth forecasts and yields on Treasury bonds surged.

The blue-chip S&P 500 stock index advanced 2.1 per cent, closing above 4,200 for the first time since early May. The benchmark has climbed 14.8 per cent from its nadir in 2022, although US stocks in aggregate are still worth about $8.6tn less than when the year started.

Measures of volatility, which have been elevated since Russia’s invasion of Ukraine and increased odds of a US recession began to rattle investors, also declined. The Vix index of expected stock market volatility fell below its long-running average of 20 for the first time since April.

“Inflation has been expected to peak over the summer for some time, so it was reassuring for markets that there are clear signs that this looks to be happening,” said Oliver Blackbourn, portfolio manager at Janus Henderson Investors.

Prices on two-year US Treasury notes, which are particularly sensitive to changes in the Fed’s interest rate policy, rallied following the inflation report as well.

The US dollar, a haven for investors in times of uncertainty, also fell back in reaction to the data, dropping 1.1 per cent against a basket of six currencies.

The US inflation benchmark had hit 9.1 per cent in June — the highest level in 40 years — prompting the Fed to deliver back-to-back supersized interest rate increases of 0.75 percentage points over the summer.

Still, the inflation data show that prices remain well above the US central bank’s 2 per cent target.

“While peak inflation is welcome news, it’s probably not enough to allow the Fed to ease off its tightening or to put recession fears to bed,” said Mike Bell, global market strategist at JPMorgan Asset Management.

Core inflation, a measure of price growth that strips out volatile categories including energy and food, also came in below expectations, staying at the 5.9 per cent level it hit in June and well below a peak in March of 6.5 per cent.

“I think this might be a new bull market as opposed to a bear market rally. The Fed will pivot eventually, the rate of increases will have to slow,” said Patrick Spencer, vice-chair of equities at Baird.

However, others warned that inflation remains high. “It’s nice to see a report come in cooler, but we’ll leave the champagne bottles closed for now,” said Brian Nick, chief investment officer at Nuveen.

In Europe, the Stoxx 600 index closed up 0.9 per cent and Germany’s Dax index gained 1.2 per cent after losses in the previous session.

Declines in tech stocks dragged down indices in Asia, which closed before the publication of the CPI data. Hong Kong’s Hang Seng closed down 2 per cent, China’s CSI 300 benchmark of Shanghai and Shenzhen-listed stocks fell 1.1 per cent and Japan’s Topix closed down 0.2 per cent. 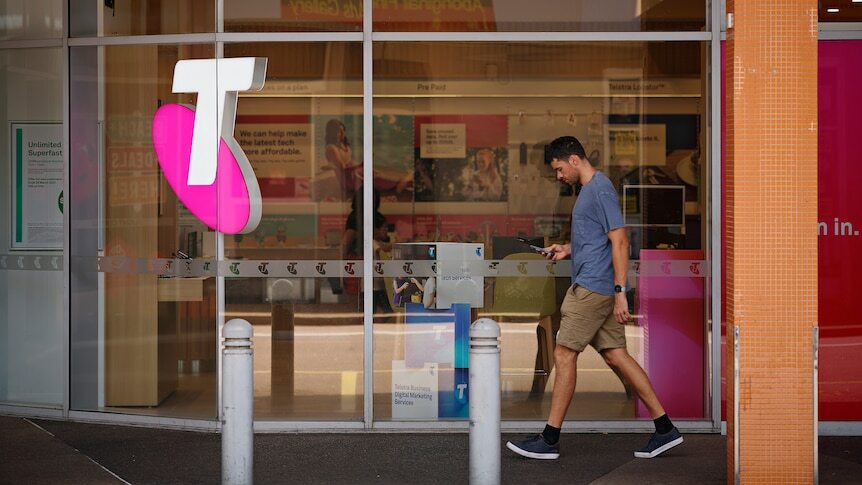 Telstra profit falls but dividend rises, ASX surges after US inflation cools
Telstra sees a drop in annual profit, but increases dividend for the first time in seven years. The ASX and…

ABC News
From analysis to the latest developments in health, read the most diverse news in one place.
CPI Inflation Rate Is Finally Falling — Much More Than Expected; Dow Jones Jumps

The CPI inflation rate is finally past its peak, and core inflation also eased, helping to reboot the Dow Jones…

The Nasdaq added to the morning's strong gains and is up by 2.5% in the afternoon session.

Shares are mixed in Asia after a muddled day on Wall Street, where benchmarks meandered following an encouraging report about…

The Dow Jones industrials climbed after the producer price index came in better than expected and jobless claims rose slightly.

July's CPI inflation report is due for the market rally. Elon Musk sold $6.9 billion of Tesla stock as Twitter…