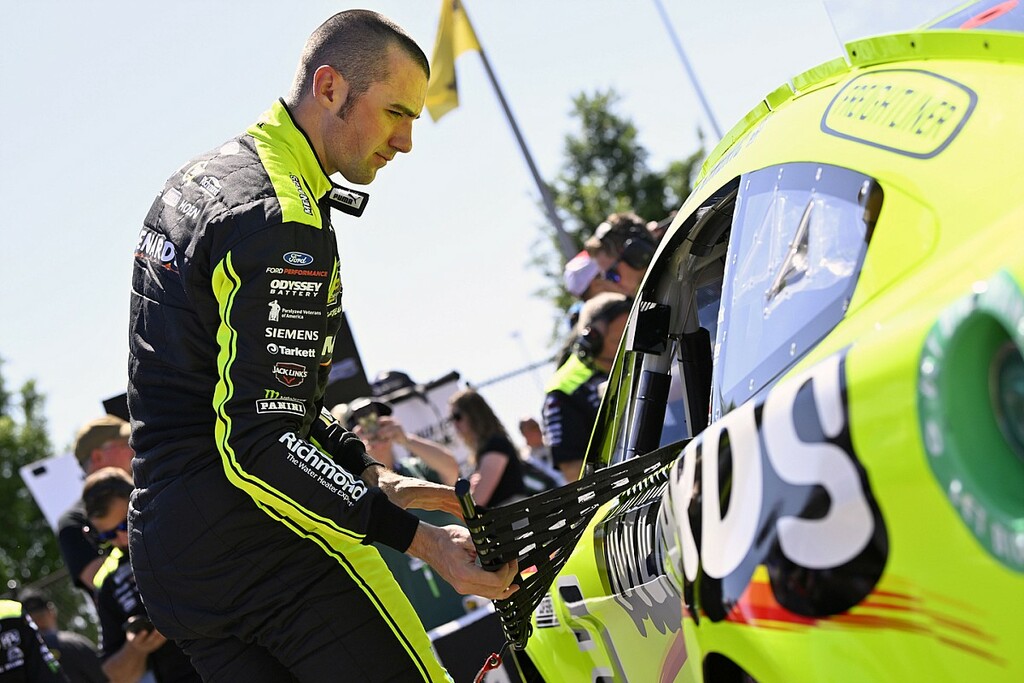 The starting lineup has been set for NASCAR's throwback race at Darlington.

Joey Logano stole the Darlington Cup win with a bump-and-run on William Byron in the final moments of the race.

NASCAR Cup Darlington schedule, entry list and how to watch

How to watch NASCAR at Darlington

All three national divisions of NASCAR will be racing at Darlington for 'throwback weekend.' Martin Truex Jr. is the defending winner of this race with his JGR teammate Denny Hamlin winning there later in the season

Here's how and where to watch all the on-track activity:

(All times EST.; Schedule is tentative and subject to change)

There are 36 cars on the NASCAR Cup Series entry list with no open teams entered.

He becomes the ninth different winner this year. Denny Hamlin, 23rd in points, is locked in via his win at Richmond. Austin Cindric is in a similar situation, 18th in points, but locked in via his victory in the Daytona 500. That puts RCR's Austin Dillon and Tyler Reddick on the outside of the playoff picture.

In the playoff standings, Byron still leads everyone with 13 playoff points, followed by Chastain with 11.

The starting lineup has been set for NASCAR's throwback race at Darlington.

Joey Logano stole the Darlington Cup win with a bump-and-run on William Byron in the final moments of the race.