A hefty asteroid bigger than the Empire State Building is whizzing by the Earth this weekend.

It is classified by NASA as a 'Potentially Hazardous Asteroid' because of its relative proximity to Earth despite being quite a distance away.

Compared to the vastness of space, Potentially Hazardous Asteroids are only relatively close to our planet, said Paul Chodas, director of the CNEOS at NASA's Jet Propulsion Laboratory in southern California.

The 388945 is designated an Apollo-class asteroid, meaning its orbit crosses that of the Earth, which happens about every two years.

The rock last passed the planet in May 2020 and its next flyby after this weekend will be May 2024.

Its size, which is 'very roughly' comparable to an American football field, is considered a small to average asteroid, according to Space Reference.

The size of asteroids varies widely and Ceres, the largest object in the asteroid belt, was actually reclassified from an asteroid to a dwarf planet by scientists in 2006.

The largest rock to ever pass by Earth is 3122 Florence (1981 ET3) - an asteroid so large it has two moons. It flew by the Earth seven million kilometres away back in September 2017.

It comes after the first picture of the supermassive black hole at the centre of our Milky Way galaxy was taken by astronomers in a major announcement on Thursday. 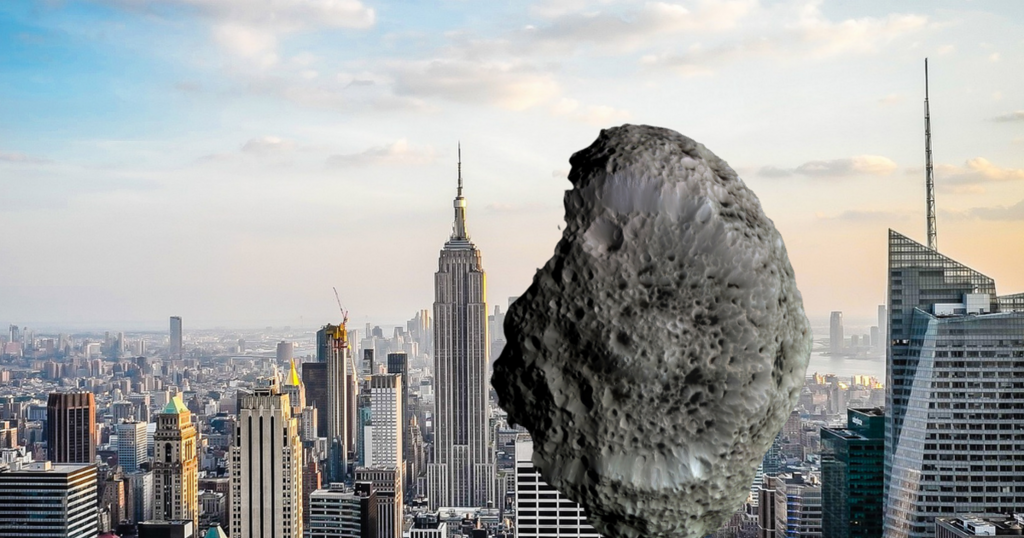 Asteroid larger than Empire State building will pass Earth this weekend
NASA has designated the rock, called 388945 (2008 TZ3), a Potentially Hazardous Asteroid because of its relative proximity to Earth

Wales Online
One subscription that gives you access to news from hundreds of sites
Asteroid larger than Empire State Building heading for Earth and to make ‘close approach’ by Sunday, Nasa says

A giant asteroid is hurling towards Earth and will make a “close approach” on Sunday, Nasa has said.

Just for reference, the iconic New York Empire State building stands at 1,454 feet.It is important to note that space…