Narrow Majority Support Vaccine Mandates For Work, School And Events, Poll Finds—More Than In The Spring 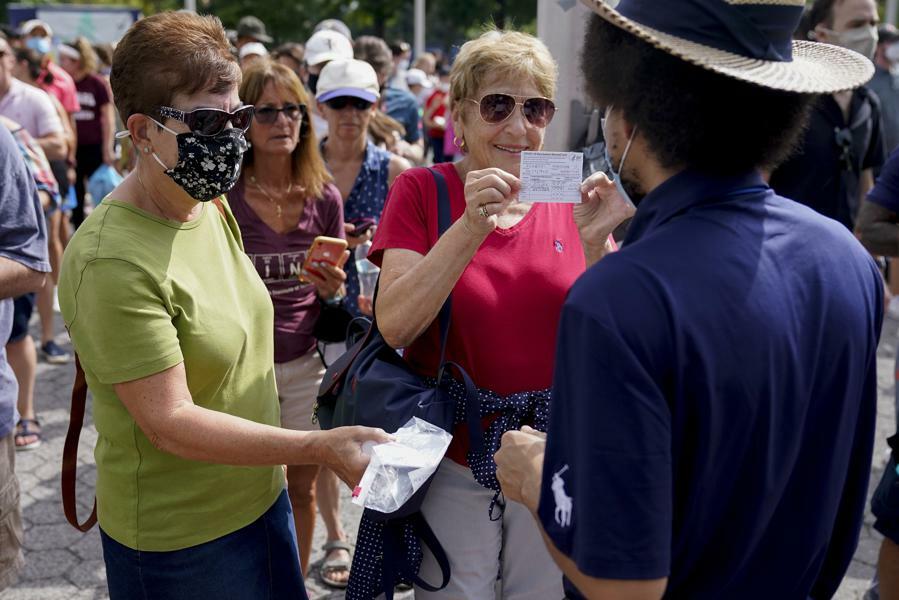 As the Biden administration garners both praise and criticism for requiring large workplaces to mandate Covid-19 vaccinations, a new CNN/SSRS poll finds a slim majority of Americans are now in favor of vaccine mandates at work as well as school and large sporting events—up from when narrow majorities instead opposed the mandates a few months ago.

The poll, conducted August 3 to September 7 among 2,119 U.S. adults, found 51% of respondents generally support vaccine mandates in public places and believe they’re “an acceptable way to increase the vaccination rate,” while 49% believe them to be an “unacceptable infringement on personal rights.”

A higher share of 54% of respondents support vaccine mandates for workplaces, up from 46% who said the same when the question was last polled April 21-26.

A similar percentage—55%—also support vaccine mandates for students to attend school in-person and for attending sporting events or concerts, up from 49% and 47% in April, respectively.

Most Americans do not support requiring vaccines to enter a grocery store—only 41% say they agreed they should be mandated—though that’s still up from only 26% that supported them in April.

73%. That’s the percentage of respondents in the CNN poll who said they’ve received at least one dose of the Covid-19 vaccine, which is roughly in line with the 75.7% of U.S. adults the Centers for Disease Control and Prevention reports are at least partially vaccinated. Of the 27% of respondents who aren’t vaccinated, only 18% said they will try to get vaccinated, while 82% will not.

Vaccine mandates have become increasingly common in recent months as the delta variant has sparked a Covid-19 surge nationwide and vaccine hesitancy continues to be an issue. Some cities like New York City are requiring proof of vaccination at public places like restaurants and gyms, a number of businesses and governments have required them for workers and Los Angeles last week became the largest school district to mandate vaccines for eligible students, as a number of universities have already done. The Biden administration then took that a step further last week, announcing Thursday the Department of Labor will now require all businesses with 100 or more employees to require vaccines or weekly negative Covid-19 tests. “I think [the mandate] will help more places do what they want to do, which is to make workplaces safer so that people can feel more secure coming back to work and we can keep our economy strong,” U.S. Surgeon General Dr. Vivek Murthy said Sunday on Meet the Press. The CNN poll is in line with other recent polling suggesting vaccine mandates are favored by a narrow majority of Americans, though a recent Gallup poll found support is particularly high for air travel (61% support).

The Biden administration’s decision to require workplaces with at least 100 employees to mandate vaccines has drawn widespread opposition on the right, with a number of GOP governors and the Republican National Committee vowing to sue the administration over the requirement. “This is an unprecedented assumption of federal mandate authority that really disrupts and divides the country,” Arkansas Gov. Asa Hutchinson, a Republican, said on Meet the Press Sunday. “It increases the division in terms of vaccination when we should all be together trying to increase the vaccination uptake.”

Dr. Anthony Fauci predicted in an interview Sunday there will be “many, many” more vaccine mandates should vaccination rates continue to lag. "You'd like to have them do it on a totally voluntary basis, but if that doesn't work, you've got to go to the alternatives,” Fauci said at a convention for the NLGJA, the Association of LGBTQ Journalists. Former Food and Drug Administration head Dr. Scott Gottlieb also predicted on Face the Nation Sunday schools would likely mandate the Covid-19 vaccine once children become eligible for it, in the same way they already mandate other vaccinations. One area where vaccine mandates may not become a reality, however, is on public transportation, as Murthy suggested on CNN Sunday there would be equity considerations that “would have to be worked out” before that could become a reality, such as accounting for situations like unvaccinated people having emergency situations where they have to travel.

More than half of Americans support vaccine mandates for workplaces, classrooms and sporting events (CNN)

It may take 'many, many' more vaccine mandates to end the Covid-19 pandemic, Fauci says (CNN)