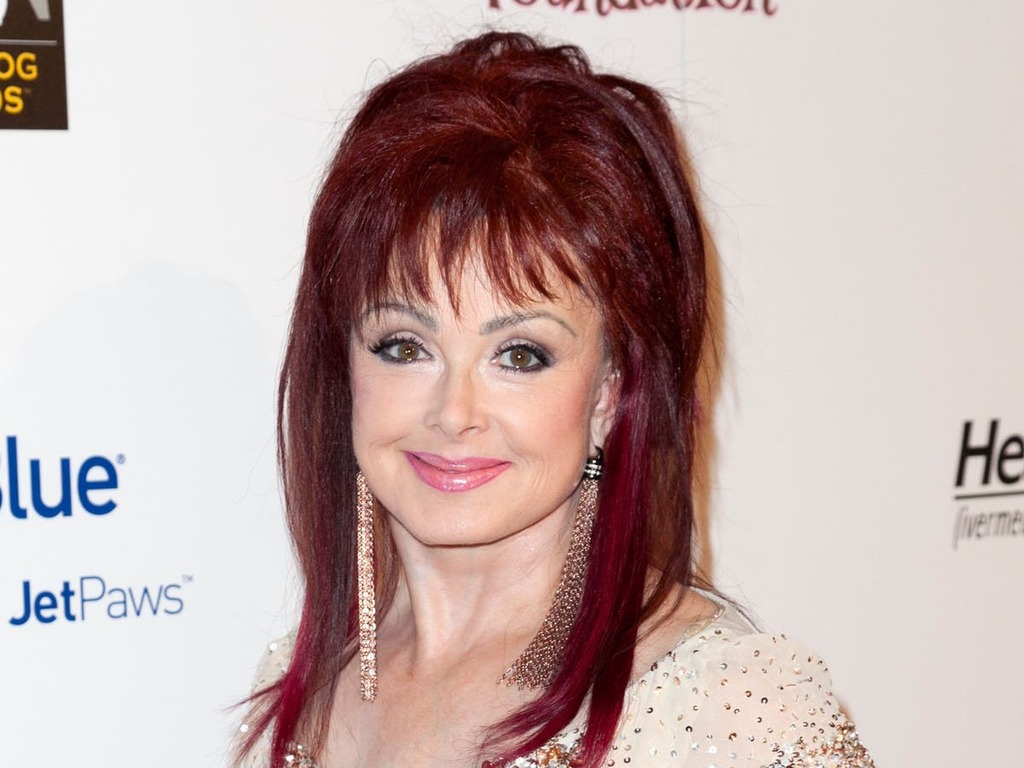 Naomi Judd: Daughter Ashley Judd opens up about cause of country music star’s death
Singer died last month, one day before being admitted into the Country Music Hall of Fame

Singer died last month, one day before being admitted into the Country Music Hall of Fame

The actress was with her mother at her home in Tennessee on the day Naomi Judd shot herself.

Ashley Judd encouraged people to seek help for their mental health after the loss of her mother, country star Naomi…

In an interview with Good Morning America, Ashley Judd said her family wanted to get ahead of any news, and…

Naomi Judd, who topped the country music charts in the 1980s and early 1990s with her daughter Wynonna in the Grammy-winning singing duo the Judds, has died aged 76.

Naomi and Wynonna Judd began singing together in the late 1970s and became well known after appearances on country music kingmaker Ralph Emery’s morning television show in Nashville. By then Naomi had already been through one marriage, survived sexual assault and drug use, supported her daughters on welfare and become a registered nurse.

The Judds first reached the top of the country charts in 1984 and over the next seven years had 14 No 1 hits including “Mama He's Crazy”, “Why Not Me”, “Girls Night Out”, “Rockin’ With the Rhythm of the Rain” and “Love Can Build a Bridge”.

The mother-daughter duo were often mistaken for sisters because of Naomi Judd’s youthful appearance. They sang in tightly woven harmonies, borrowing from bluegrass and gospel music, as they won five Grammy Awards, sold more than 20 million records and, for several years, swept top honours at country music awards shows.

At the height of their popularity, in 1991, the Judds stopped performing after Naomi was diagnosed with hepatitis C, which she was believed to have contracted when she was a nurse. Wynonna Judd continued with a successful solo career, while Ashley Judd starred in the 1993 film Ruby in Paradise and the Emmy-winning TV drama Sisters.

“I realised I was acting out a metaphor for mortality; a brief life lived out onstage, making my last bow before vanishing silently into the darkness,” Judd wrote in the book, the first of nine she published, many on spirituality and self-fulfilment.

She and Wynonna periodically reunited as the Judds, including at a halftime performance of Super Bowl XXVIII in 1994. They last performed together on 11 April at the CMT Music Awards, which was broadcast live on CBS. They were planning what they billed as a month-long farewell tour beginning in September.

Diana Ellen Judd was born 11 January 1946, in Ashland, Kentucky. Her father operated a petrol station, and her mother was a waitress.

Judd, who later took the name Naomi from a favourite biblical character, grew up in a family marked by trauma, including murder and suicide. She later revealed that was sexually abused by a great uncle and later by schoolmates.

“I’ve been on my own since I was 17 years old,” Judd told the Palm Beach Post in 2006. “When I was pregnant with Wynonna, when I was 17 in my senior year of high school, nobody knew I was pregnant, my little brother was dying [from Hodgkin’s disease], my parents were getting a divorce. The guy who got me pregnant left town when he found out I was pregnant.”

She had her first child, Christina (who later changed her name to Wynonna), the week she graduated from high school at 18. By then, she was married to her first husband, Michael Ciminella, who was the father of her second daughter, Ashley, who was born in 1968 after the family had moved to California.

The couple divorced in the early 1970s, and Judd lived on welfare and worked in stores and restaurants before she began to study nursing. She moved back to Kentucky in the mid-1970s as a single mother, encouraging her daughters in their artistic interests.

“I started singing,” Wynonna Judd told the Daily Independent in 2015, “and Mom’d be doin’ chores and she’d start singing lower harmony. We’d sit around the supper table and just sing to pass the time.”

After receiving a nursing degree from Eastern Kentucky University in 1979, Judd moved to Nashville, where she worked as a nurse and sought to help establish Wynonna as a singer. Instead, they found success as a duo, performing their own songs and others by Nashville songwriters.

For seven years, the Judds were country music royalty, selling out arenas and topping the charts. After Naomi Judd’s first retirement in 1991, she had several television and film acting roles. She recovered from hepatitis and began to tour again with her daughter from time to time, but afterwards, Naomi said, she would retreat to her country home, falling into a deep depression.

“I literally couldn’t leave the house for weeks,” she told People magazine in 2016. “I was completely immobilised and every single second was like a day.”

She said she had suicidal thoughts, which she sought to conquer through therapy and treatment in psychiatric hospitals. She chronicled her struggle in several books, including a candid 2016 memoir, River of Time: My Descent into Depression and How I Emerged With Hope.

In addition to her daughters, survivors include her husband since 1989, Larry Strickland, and two grandchildren.

In the final concert of the Judds’ first farewell tour of 1991, they sang “River of Time”, a song co-written by Naomi about the death of her younger brother: “My future isn’t what it used to be, only today is all that’s promised me. Flow on, river of time, wash away the pain and heal my mind.”

Naomi Judd: Daughter Ashley Judd opens up about cause of country music star’s death
Singer died last month, one day before being admitted into the Country Music Hall of Fame

Singer died last month, one day before being admitted into the Country Music Hall of Fame

The actress was with her mother at her home in Tennessee on the day Naomi Judd shot herself.

Ashley Judd encouraged people to seek help for their mental health after the loss of her mother, country star Naomi…

In an interview with Good Morning America, Ashley Judd said her family wanted to get ahead of any news, and…