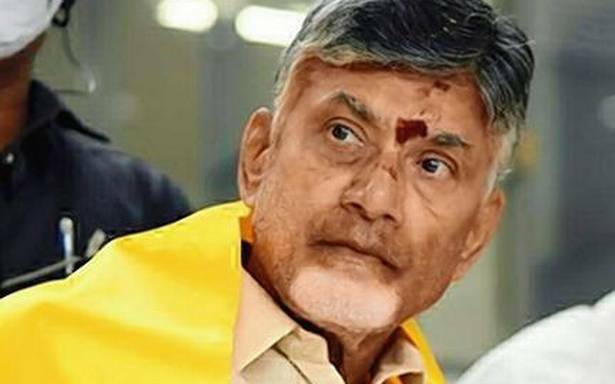 Protests will be held in all Assembly segment headquarters on Tuesday.

Addressing a meeting with party important leaders here, the TDP chief called upon the cadres and leaders all over the State to step up their agitation against the alleged mining mafia gangs.

Mr. Naidu said within two and half years of its regime, the YSRCP leaders at the village and district levels were not able to face the public. The ruling party cadres were in a defensive mood in the face of rising criticism from the people against the misrule in the State. The steep rise in prices of commodities put an unbearable burden on all sections of people, he said.

The poor were not able to celebrate Sankranti festival this year owing to steep increase in the electricity bills, rates of petrol, diesel, gas and other essential commodities, he alleged. Chief Minister Y.S. Jagan Mohan Reddy had miserably failed to check the rising prices. Sankranthi Kanuka, Ramzan Tohfa and Christmas Tohfa, introduced during the TDP regime, were arbitrarily cancelled, he alleged.