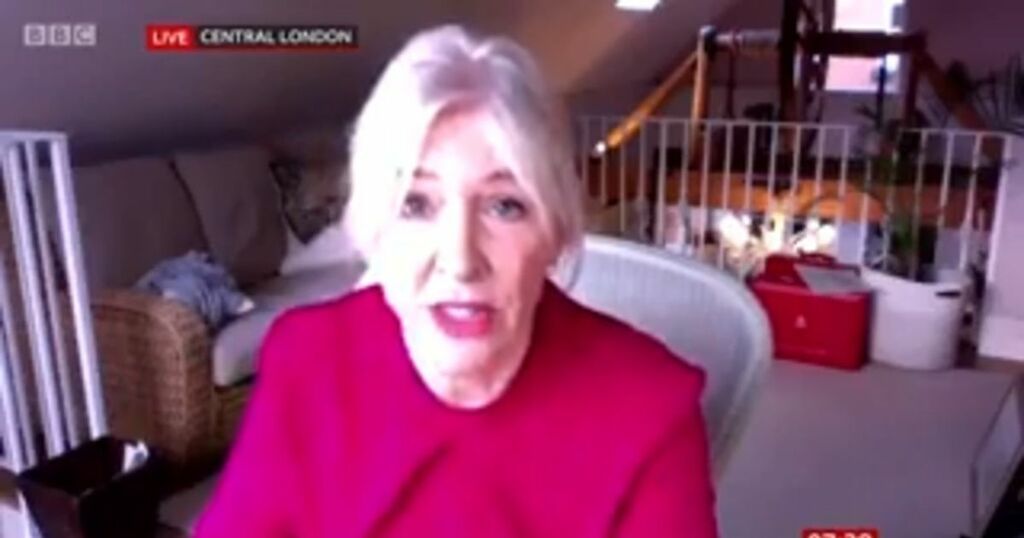 Tory minister Nadine Dorries has been heavily criticised after claiming that the controversial cut in Universal Credit benefits won't push anyone into poverty.

The Liverpool-born Conservative MP, who was recently made Secretary of State for Culture, said 'nobody' will be driven below the poverty line when a £20-a-week Covid uplift in place since March 2020 is withdrawn from this week.

The Joseph Rowntree Foundation (JRF) has said the cut risks moving 500,000 people - including 200.000 children - below the poverty line.

While the Legatum Institute think tank, led by Tory Universal Credit architect Baroness Stroud, says the change will hit 840,000 Brits who are currently just above the poverty line - including 290,000 children.

But as Mirror Online reports, when questioned by broadcaster and columnist Owen Jones at the Conservative Party Conference, Ms Dorries said: "“Nobody. Nobody is.

“No no no, because, no Owen of course not.

“By lifetime skills guarantee, by all the money being invested in the…” - she then walked away with an aide.

Analysis by the JRF has found more than 5,500 working-age families in Ms Dorries’ Mid Bedfordshire constituency will be affected by the cut to UC and Tax Credits.

Shadow Work and Pensions Secretary Jonathan Reynolds said: “These comments show just how far away the Conservative Party is from the real world.

“Charities and foodbanks have been warning for months that taking £1,000 away from millions of families in the midst of a Conservative cost of living crisis will push children into poverty.”

The cut officially began yesterday and will kick into payments from next Wednesday.

Boris Johnson did not mention Universal Credit once in his 45-minute conference speech which was peppered with jokes.

Katie Schmuecker of the JRF said yesterday: “The Prime Minister has not had the guts to look the millions of people whose incomes are being cut today in the eye and tell them how they are expected to get through the year ahead.

“The Prime Minister’s attempt to strike an upbeat tone is completely at odds with the despair people are feeling and the cost-of-living crisis we are now facing.”