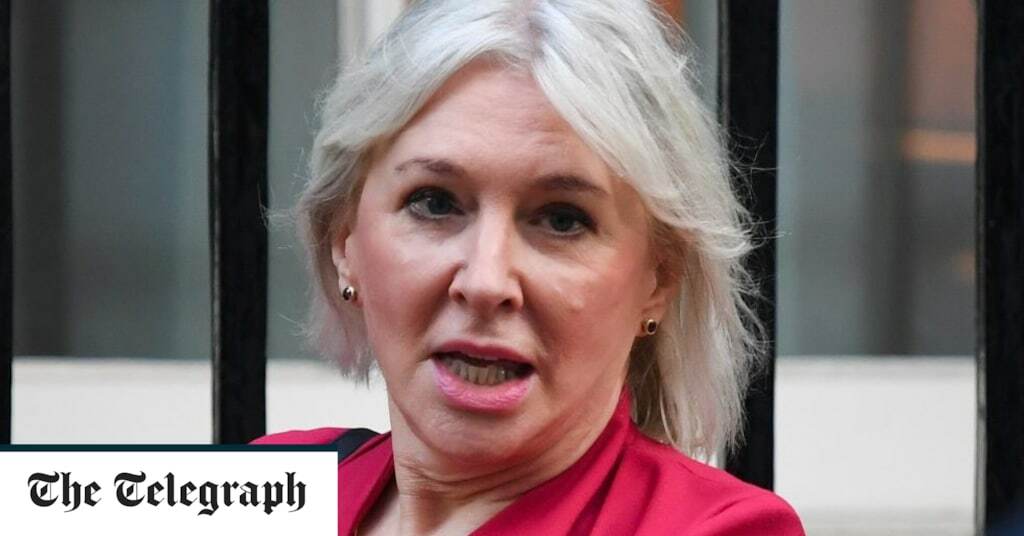 Nadine Dorries was embroiled in a fresh BBC row on Thursday after being accused of "rebuking" the broadcaster's political editor over her reporting of Tory criticism of Boris Johnson.

The Culture Secretary, currently locked in negotiations with the corporation over the next licence fee settlement, was challenged by Labour over her exchanges with Laura Kuenssberg.

It came after Ms Dorries – a loyal ally of Mr Johnson – challenged Kuenssberg on Wednesday evening after she had tweeted the views of an MP angered by the Prime Minister's handling of the Owen Paterson case.

Kuenssberg reported that the MP had described Mr Johnson as looking and sounding "weak" at a meeting that evening, and had said that his "authority is evaporating".

After PMQs, then Liaison Committe, PM then went to face his own MPs at the 1922 committee - one texts to say, he 'looked weak and sounded weak' , 'authority is evaporating'

Ms Dorries responded: "Laura, I very much like and respect you, but we both know that text is ridiculous. Although nowhere near as ridiculous as the person – obviously totally desperate for your attention – who sent it."

Jo Stevens, the shadow culture secretary, said: "We have spent much of the past two weeks talking about standards in public office, and on this side of the House we care deeply about the independence and the impartiality of the BBC.

"I know the Secretary of State also cares to the extent that she actually has the time to police the BBC's political editor's tweets and publicly rebuke her.

"But would she agree with me that it would be highly inappropriate for a government minister overseeing licence fee negotiations to seek to influence editorial decisions, including how the Prime Minister was interviewed, and using the threat of BBC licence fee funding whilst doing so?"

Ms Dorries said: "I did not rebuke Laura Kuenssberg, somebody who is maybe ... the best in the business actually, very professional, very polite tweet. The tweet was completely misinterpreted. I was not rebuking Laura Kuenssberg and never would."

Meanwhile, Ms Dorries faced calls from Tory MPs to either cut or freeze the licence fee next year. The Telegraph reported that the Government is set to freeze the fee at £159 for two years in order to help ease the cost of living crisis.

Speaking in the Commons, Alun Cairns, a former Welsh Secretary, told MPs he believed the licence fee "is the most regressive form of taxation, akin to the poll tax".

Ms Dorries replied: "My priority is to secure a settlement that delivers value for money for those hard-pressed constituents and for the licence fee payer, while making sure that the BBC can continue to provide those very high quality services that he just referred to.

"I've been having constructive discussions with the BBC, and I believe we are close to reaching an agreement."