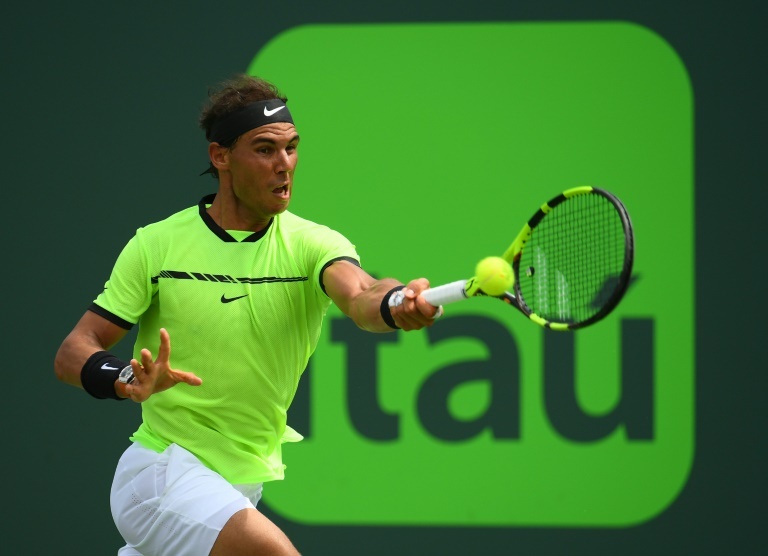 Madrid (AFP) - Rafael Nadal admitted on Wednesday he faces a "difficult" and "painful" recovery from the foot injury that forced the 20-time Grand Slam champion to miss Wimbledon, the Olympics and the US Open.

Nadal ended his season in August due to injury and has said his foot is still a "little sore" in a presentation of a documentary about his tennis academy.

The 35-year-old said he is "looking forward to improving and facing a process that will be difficult in some ways and painful in others but that I have to go through to fight for what I want again."

Nadal published a photo of himself on Instagram on Saturday holding crutches with his left foot bandaged.

He announced he had been in Barcelona "to receive treatment on my foot that will require a few days rest and a few weeks off the court."

After playing his last match of the year in Washington at the start of August, when he lost to South African Lloyd Harris, Nadal then pulled out of Wimbledon, Tokyo 2020 and the US Open.

The Spaniard holds the joint record for Grand Slam victories in the men's game, tied on 20 with both Roger Federer and Novak Djokovic, who lost in the US Open final on Sunday to Daniil Medvedev.

"Over the years, things get more and more complicated because you have to be realistic, time doesn't stop for anyone, but I am still excited," Nadal concluded in the presentation of the documentary, which premieres worldwide on Friday.