When Prince Harry announced last year he was writing what his publisher called an “intimate and heartfelt memoir”, royal watchers all agreed on one thing.

It was going to be controversial.

It was just four months after his bombshell Oprah Winfrey interview with his wife Meghan, the Duchess of Sussex, 40, which made worldwide news amid claims the royal family was racist, that he felt trapped by royal life and that his family cut him off financially and took away his security.

The duke, 37, then appeared in a mental health documentary series on Apple+, and spoke about his relationship with his father, Prince Charles, and the wider royal family.

Announcing his memoir, by Penguin Random House, amid huge fanfare on July 20, Harry said he would be “writing this not as the prince I was born but as the man I have become”.

He said he would “never be bullied into silence” in the future.

Now it appears that, with the Queen’s platinum jubilee celebrations just around the corner from June 2, The Sunday Times has revealed that the publishing date is “a mystery”.

Royal editor Roya Nikkhah broke the news that a spokeswoman for the publisher would not confirm if the book would still appear this year as planned.

“An approach to Harry’s spokeswoman elicited a similar response and another source said there was ‘some uncertainty’ over the book’s publication date,” she wrote on Sunday.

Royal biographer Angela Levin, who is writing Camilla, Duchess of Cornwall, From Outcast to Future Queen Consort, took to social media to echo the sentiments of many.

“Is he getting cold feet?

“Does M [Meghan] think he’s not been outspoken enough? Does H want to wait until after the Jubilee to ensure he has enough filming for Netflix?

Random House said at the time:

“Prince Harry will share, for the very first time, the definitive account of the experiences, adventures, losses and life lessons that have helped shape him.

“Covering his lifetime in the public eye from childhood to the present day, including his dedication to service, the military duty that twice took him to the frontlines of Afghanistan, and the joy he has found in being a husband and father.

“Prince Harry will offer an honest and captivating personal portrait, one that shows readers that behind everything they think they know lies an inspiring, courageous and uplifting human story.”

Random House said financial terms were not disclosed, but Prince Harry will donate proceeds to charity.

Magazine editor and author of The Palace Papers, Tina Brown, told 60 Minutes on Sunday night it was “baffling” to his family that for someone who wanted to run from the media, Prince Harry was prepared to “blabber everything that is on his mind”.

Royal expert Penny Junor said: “The publishers are going to want a lot for their money, such as naming this so-called racist.”

Prince Harry was reportedly given a £15 million ($26.5 million) advance to write the currently untitled memoir. Publication was expected in late 2022.

London tabloid The Sun reported the dollar figure was much higher, involving four books – including a wellness guide written by Meghan – as part of the contract with the publishers.

“He’s researching his mother’s life, so he’s going to be talking about his parents’ marriage, the break-up, the affairs.

“That could be incredibly damaging for his father and Camilla. Charles is going to be king and Camilla his queen.

“The last thing they or the country needs is another upsurge of anger based on what I believe to be false, false accusations,” Junor was quoted in The Sun.

The four days of events begin on June 2 with the annual Trooping the Colour military parade in central London, followed by a thanksgiving service at St Paul’s Cathedral, a concert outside Buckingham Palace, and a pageant through the British capital on subsequent days.

One feature of all major royal occasions is the gathering of the royal family to wave at crowds from the palace balcony.

But the Queen has decided neither her son Prince Andrew, nor grandson Prince Harry, will be there this time.

“After careful consideration, the Queen has decided this year’s traditional Trooping the Colour balcony appearance … will be limited to Her Majesty and those members of the royal family who are currently undertaking official public duties on behalf of the Queen,” the palace spokesperson said.

There has been much speculation in the British press about whether Harry, who has been in a dispute with the British government over security arrangements that he blamed for missing his grandfather Prince Philip’s memorial service in March, would return for the jubilee.

His spokesperson confirmed he would be there with Meghan and their two children, son Archie and daughter Lilibet, who was named after the Queen.

It will be Lilibet’s first visit to Britain, and the first time son Archie has returned since Harry and Meghan sensationally quit as working royals and left the country in March 2020.

The Duchess of Sussex did join her husband on a surprise whistlestop visit to Britain – her first in more than two years – to see the Queen last month.

The Sussexes were ”excited and honoured” to be attending the jubilee events, their spokesperson said in a statement.

A palace source had said Harry, Meghan and his children remained “much-loved members of the family” and that those absent from the balcony moment “will be invited to events“. 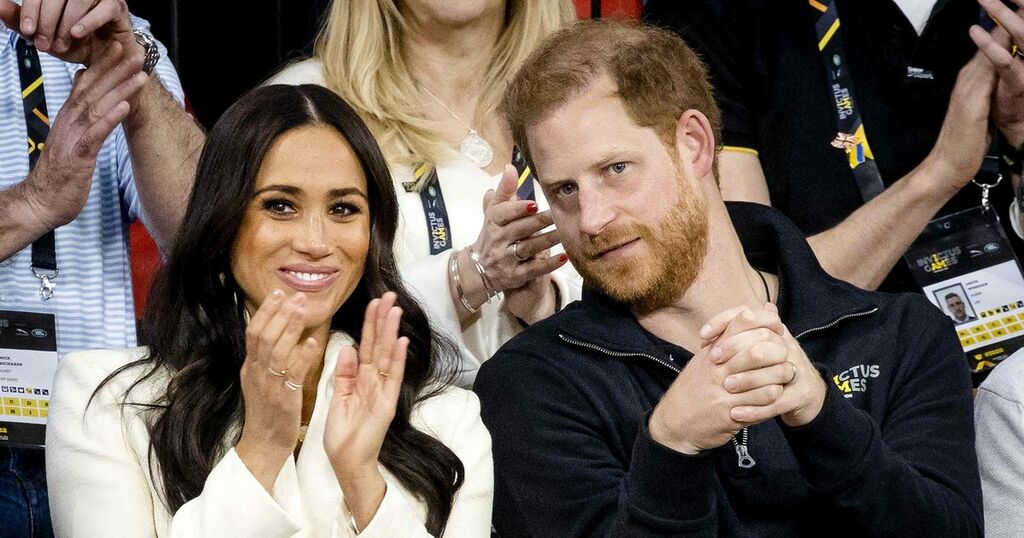 Daily Mirror
One subscription that gives you access to news from hundreds of sites
Queen’s platinum jubilee: Which events will Harry and Meghan attend?

The Independent UK
Harry and Meghan could 'overshadow' Jubilee and cause royal resentment, says expert

According to royal expert Camilla Tominey, palace aides will be doing all they can to stop Prince Harry and Meghan…