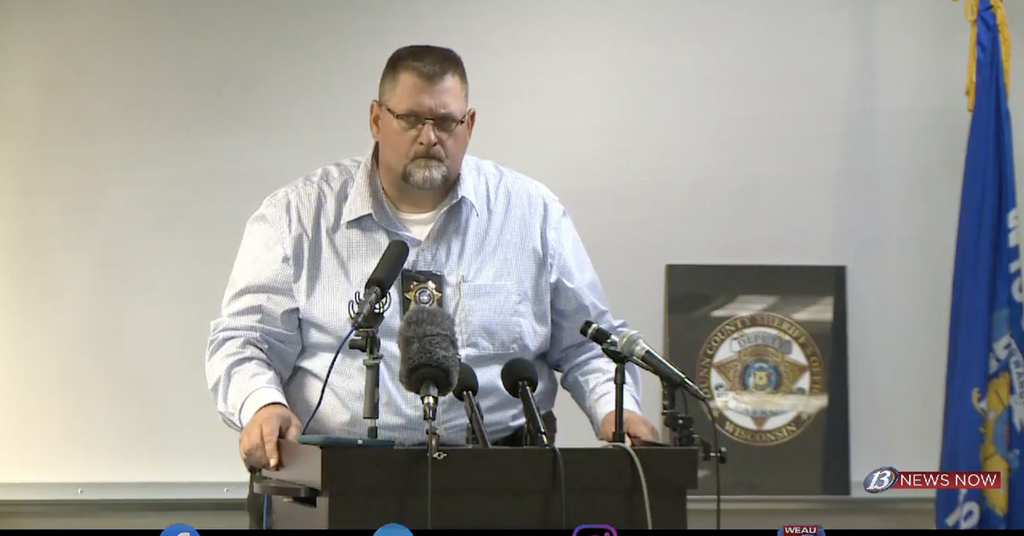 The identities of four people found dead in an SUV parked in a Wisconsin cornfield have been made public by authorities.

They were were found on 12 September by a man who spotted the car parked roughly 50 yards into a cornfield. He told News 18 he saw the bodies after peering inside the car. Police say they received a call about it at roughly 2pm.

The deaths are being treated as homicides by investigators. Many agencies, both local and state, are involved, according to local police officers. These include the Dunn County Medical Examiner’s Office, the Wisconsin State Patrol, the Wisconsin Division of Criminal Investigation and the Wisconsin Department of Justice crime lab.

According to the Minneapolis Star Tribune, Pettus was the half-brother of Sturm, who was in a relationship with Foreman. Lee-Presley was said to be a close friend of Sturm.

All the victims lived in Minnesota, the neighbouring state. Flug-Presley was said to be from Stillwater. The remaining victims resided in St Paul, which is roughly 50 miles away from Sheridan. It is not yet clear how and why they came to be in the Dunn County area.

Friends and family of the victims, in an appeal in the Pioneer Press, pleaded for anyone to come forward with information.

Damon Flug-Presley Sr, Flug-Presley’s father said that he had been with them all the evening before.

“Why would this happen?” he told the outlet. “It just doesn’t make sense.”

Local authorities said that they could find no information about how the four people ended up in Sheridan.

“We can’t find any connection to this area other than possibly randomly driving out of the Twin Cities,” Dunn County Sheriff Kevin Bygd said on 14 September.

Earlier in the investigation, Dunn County Sheriff’s Office released a statement urging nearby residents to remain cautious. However, in a later statement they said there was little danger to the community after they concluded the four victims had no connection to the town.

In addition, law enforcement have struggled to establish any potential motives for their deaths.

“That one is a mystery. We do not know a motive yet,” Sheriff Bygd told a reporter at the news conference.

He went on to say he had a “very high degree of certainty” that any potential suspects had already left the county. He ruled out suspects being local to the area as the victims had no known connection to the area.

No arrests have been made in connection to the deaths, Sheriff Bygd confirmed.

He said he had never worked on a four-victim murder investigation in Dunn County during his more than three-decade police career in the department.

“It’s highly unusual for the area. Obviously we’ve had homicides in the last several years, but something of this magnitude, I’m working on my 33rd year working for Dunn County and this is a first,” Sheriff Bygd told reporters.

Sheriff Bygd said that his department had received tips an individual walking in the area on Sunday, however they were unable to be corroborated.

He also said authorities are looking for a potential second vehicle, believed to be a green SUV, that may have been involved in the incident.

They are appealing for anyone with information to come forward and contact them on 715-232-1348.