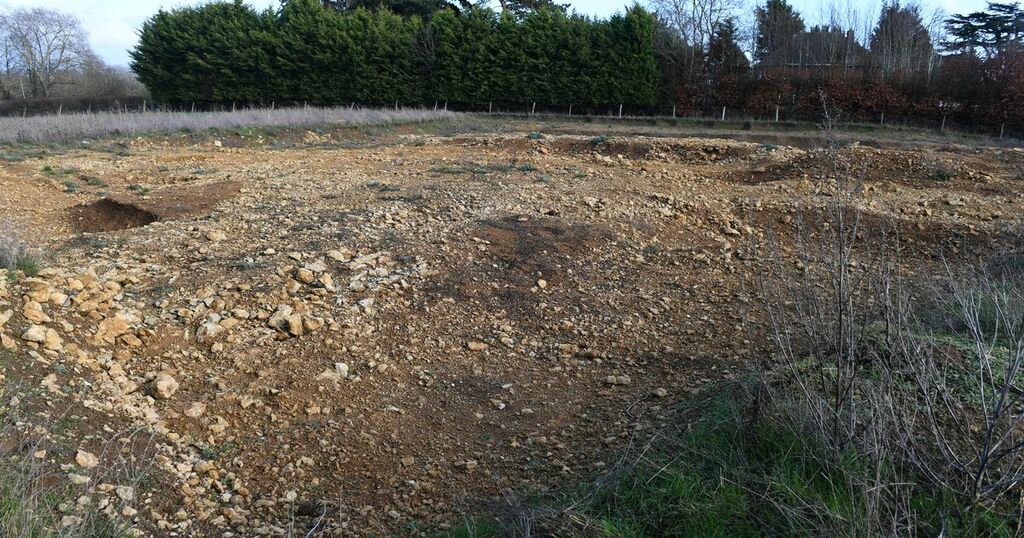 The mysterious discovery of around 80 skeletons - some with hands tied behind their backs - has prompted calls for an official probe.

The bones - thought to have been there for centuries - were found at West End Farm off Brackley Road, in Buckingham.

The haul was found in early 2020 during work ahead of plans to convert the site into a 72-bed care home.

Cllr Robin Stuchbury is calling for Buckinghamshire Council to prepare an interim report.

He said: "As you are aware a number of bodies were uncovered during excavations ahead of work at West End Farm, on Brackley Road in Buckingham for a planned care home.

Do you know what happened? Email webnews@mirror.co.uk.

"This included skeletons of 80 bodies with hands tied behind their backs.

"I would be grateful if the Cabinet Member for Planning and Regeneration could provide an interim report of the basic analysis of this major historic site to provide clarification of what took place and in what date period for local residents.

"I understand that some of the investigations have been halted due to financial issues between the developer and Network Archaeology, which have been ongoing for some considerable time, and if this is the case what action can be taken by the Council to bring this to a quick resolution?"

Historian Ed Grimsdale previously told the BBC he believed the skeletons were Anglo-Saxon and it could be "one of the biggest finds" of its kind.

Mr Grimsdale, a historian for Buckingham Old Gaol Museum and the Buckingham Society, said: "This is potentially the biggest find of executed prisoners in the whole of the South of England in Anglo-Saxon times."

Buckinghamshire Council will discuss the question at its Cabinet meeting on September 13.