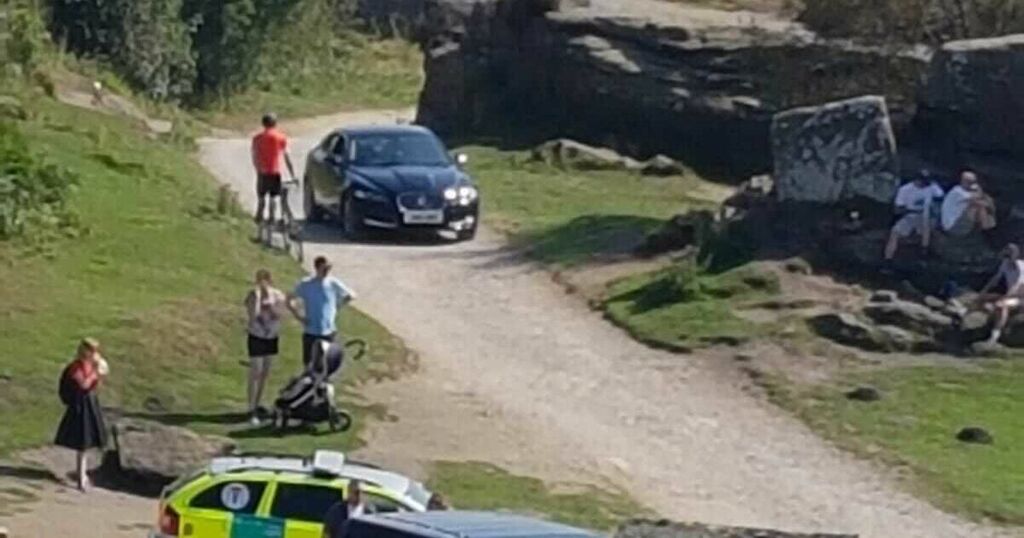 The Emmerdale cast have been spotted filming at Brimham Rocks, a tourist attraction just 8 miles west of Harrogate.

The National Trust site is a collection of natural rock formations and attract plenty of visitors all year round.

For the latest Emmerdale gossip and news, click here.

Whilst Meena (Paige) hasn't been spotted at Brimham Rocks just yet, it's likely she'll be there, given the other characters making an appearance.

Meena has already tried to take down Victoria, but her attempt failed when her phone buzzed whilst hidden away in Victoria's home.

The serial killer has already killed Nadine and her best friend Leanna Cavanagh but it seems her murdering spree could soon be brought to an abrupt end as a showdown between Ethan Anderson and Meena has been hinted at.

The Emmerdale cast and crew have been at the world heritage site for most of the day now, with fans spotting a special effects van there too.

The rock that the cast can be seen on is named Lover's Leap which boasts amazing viewers where you can see for miles - but falling off it would certainly be fatal.

Paige herself has said that Meena is like "chameleon" due to her ability to manipulate people to do her bidding with a selfish desire underneath a preened exterior.

Isabel Hodgins hinted just yesterday (September 6) that another Emmerdale favourite could soon be killed off telling the Mirror: "You hear a gunshot, there's a mad man at large. They should fear the worst.

"Victoria has got so much to live for and for that to possibly be taken away from her is awful.

"If it was one's time (to leave) it would be bittersweet, because you'd be gutted to be leaving but also thinking this is so juicy and it's going to be great."

However this tale may have nothing to do with Meena or the dramatic scenes at Brimham Rocks as Victoria Sugden and Wendy Posner are set to be held hostage by Russ, Wendy's ex.