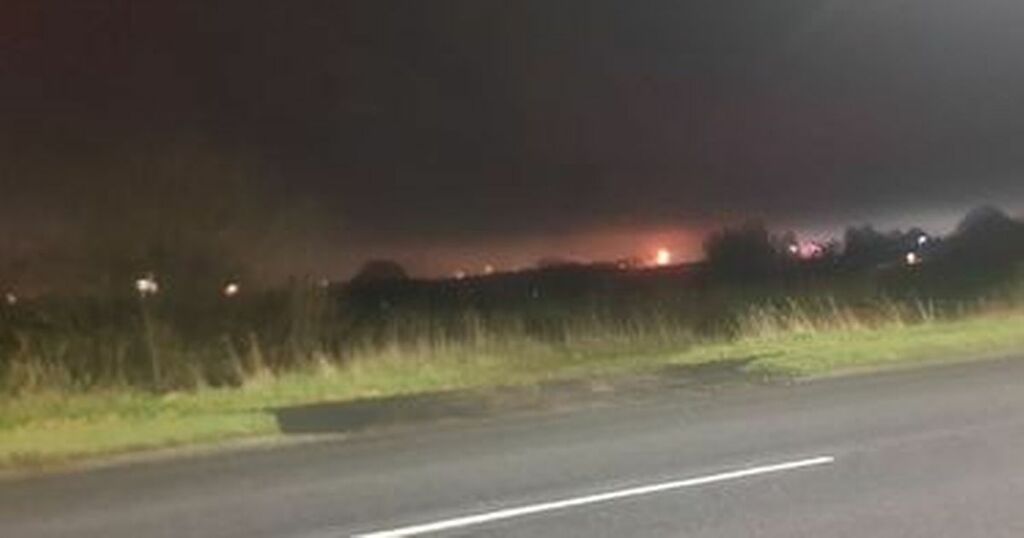 Yesterday, a Bristolian reached out to Bristol Live asking for help to figure out what a 'strange glow' spotted above Bristol could have been.

It started as an orange light and developed into a bright-yellow glow reflecting in the sky.

Carly told Bristol Live that she spotted it when she was travelling along the M5 at around 1am on New Year's Day, and could not work out what it was.

READ MORE: Drug dealers took over Bristol shop and preyed on vulnerable kids to work for them

We asked for Bristol's help to narrow down what it could be, and ideas flooded in, although not all were necessarily serious suggestions.

Spencer wrote: "Must be the yellow light district", while Aid said: "Might of [sic] been the rave still going on in pound stretchers Bedminster", accompanied by a laughing emoji.

Andrew had a more topical idea: "Just the reflection of Boris' cheese at the party. Nothing to see here." Tony agreed, adding: "Boris is having a rave."

Carri thought it could be aliens, while Aaron said: "It’s a disco light! Or a rave lol".

Justin said: "Always used to look like that over Avonmouth with the smelter plant".

John wrote: "What is it... is it the northern lights do u reckon??", while Matt didn't really have any ideas, saying: "That is weird, but the weather was bonkers anyway!"

In more constructive ideas, many concluded that it was probably light pollution emanating from Bristol.

Calan wrote: "It’s the glow from the city ground been noticing it for years", and Kirstie said: "This is literally just Bristol light pollution. at its worst when you've got something on at one of the stadiums too."

Light pollution would make the most sense, although the video does show a change in the light quite rapidly from an orange colour to a yellow glow.

Let us know in the comments below which explanation makes the most sense to you, or if you have any other ideas.