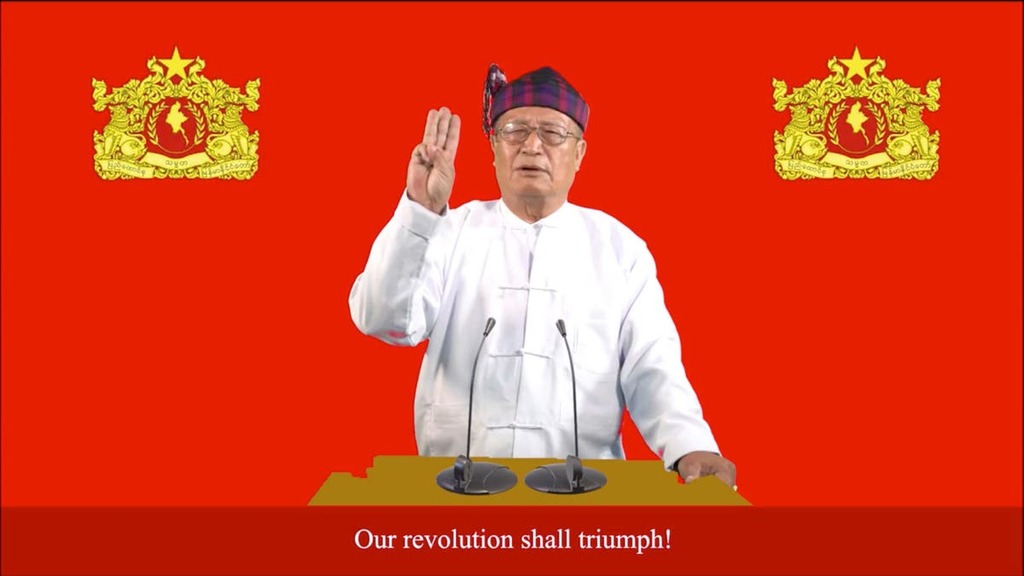 Myanmar‘s National Unity Government, an underground body coordinating resistance to the military regime, on Tuesday called for a nationwide uprising.

The shadow government’s acting president Duwa Lashi La called for revolt “in every village, town and city in the entire country at the same time” against the military-installed government and declared what he called a “state of emergency.” A video of his speech was posted on Facebook.

Myanmar‘s military seized power in February from the elected government of Aung San Suu Kyi. The country has been wracked by unrest ever since, with a low-level insurrection in many urban areas.

There has been more serious combat in rural areas, especially in border regions where ethnic minority militias have been engaging in serious clashes with the government’s troops.

The shadow government’s prime minister, Mahn Winn Khaing Thann, said in a separate statement posted online that the move was taken due to “changing circumstances” that required the complete abolition of the ruling military regime. He did not elaborate.

Duwa Lashi La called on the ethnic militias, some of whom have declared themselves in alliance with the NUG, to “immediately attack” government forces and “fully control your land”.

The ethnic armed forces, which have been fighting for decades for greater autonomy from Myanmar‘s central government, operate independently of the National Unity Government.

Duwa Lashi La called for a “people’s revolution” and asked for all soldiers and police to join the “people’s defence forces”. He also warned civil servants against going to their offices.

The resistance movement against the military takeover had established “people’s defence forces” in many areas, but they mostly operate locally and when active, carry out small-scale hit-and-run guerrilla operations.

The National Unity Government was established by elected legislators who were barred from taking their seats when the military seized power.

Members of its shadow Cabinet are in hiding inside Myanmar and in exile.