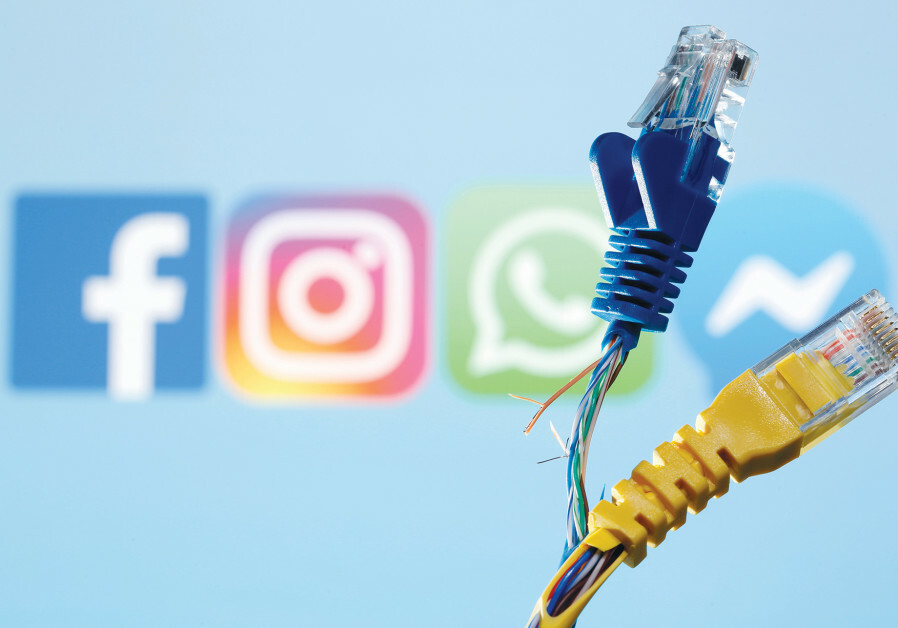 Like billions of people around the world, I took a short, unplanned break from Facebook this week. Or more to the point, Facebook took a six-hour break from us.

On Monday or Tuesday, depending on your time zone, the entire Facebook empire came to an uncanny halt: No Facebook, WhatsApp, Instagram or Messenger. The company later blamed a “faulty configuration change.” That’s not so comforting. Big Tech owns – and trades in – vast amounts of personal data. It’s uncomfortable to think that someone could carelessly pull the plug on our virtual lives. Actually, everything about social media feels increasingly uncomfortable.

The Facebook outage came the same week as former employee Frances Haugen shared allegations that the company deliberately ignored warning signals that it was polarizing society and causing other social ills, preferring to place profits above positive social values.

None of this should come as a shock. The last thing Facebook deserves this week is its ubiquitous thumbs-up emoticon.

When the system went down, I acted like most of my friends – real and social-media friends. First, I checked my phone and WiFi several times before thinking to Google the situation. Then I sent an SMS (remember them?) to those I thought should know about the outage before they found out they could not get in touch the usual way and panicked.

It felt a bit like the sinking feeling I get when I forget my phone at home and immediately want to call everyone in my contact list to tell them. It’s irrational; but then again, so is our dependency on mobile phones and messaging systems – to the extent that it’s hard to remember the phone numbers of our nearest and dearest, numbers we once knew by heart.

When contact was finally restored, I enjoyed the memes and comments that were quickly shared. Twitter, Telegram and TikTok, I realized, had a bonanza of creativity while Facebook’s platforms were down. Comedian Allen Strickland Williams (@TotallyAllen), for example, tweeted “More like the Social Notwork,” referring to the movie The Social Network about Mark Zuckerberg and the founding of Facebook.

I made a mental note to rewatch a different movie on Netflix: The Social Dilemma. The docu-drama reveals social media’s darkest secrets in a more riveting way than Haugen’s testimony: How they can manipulate political thought and encourage users to remain online far longer than people intended and how they can ruin self-esteem, sometimes with tragic consequences, particularly for teens. The fact that we all want to be liked comes at a price for users, while being lucrative for the Big Tech companies.

The Facebook outage provided plenty of time to consider the consequences of having so much power concentrated in the hands of so few. For me, Messenger is the primary way of keeping in touch with family spread out on three continents while WhatsApp is, among other things, a work tool.

It is sobering to realize that when I served in the army we did not even have a landline telephone at home, whereas now the IDF relies heavily on WhatsApp. Perhaps the time has come for the military to put its considerable brainpower into creating an independent, safer system to keep commanders and soldiers connected.

The Facebook breakdown was bad enough. What would happen were Google to collapse, taking with it our phone books, photos and passwords, I wondered. And who monitors Google’s great empire? Who, for that matter, controls YouTube? It’s not a pretty picture.

One thing is for sure: The users are not the customers, they are the product. There is no such thing as TMI (too much information) when it comes to the algorithms that social media rely on.

That’s why the seemingly innocuous quizzes that appear to be fun have a more sinister purpose: “Your rock band name is your favorite color and the last thing you ate” – now you can be targeted with color-specific ads for clothing and accessories and you have just given away other tastes and lifestyle preferences. We’re being stalked and we’re willingly leaving a trail of clues that leads straight to us.

How about questions like: “What would a burglar who broke into your house find on top of your fridge?” No burglar who broke into my home would make it past my dog to the fridge, of all places. There – now cyberspace and social media can target me with more canine-related ads. My Facebook feed is already overrun with sob story videos of rescued animals.

There are also malicious “phishing expeditions” – attempts to discover passwords and the answers to identity-protection questions: Your first car, first holiday abroad, first-grade teacher, etc. Quizzes involving portrait photos, by the way, can reveal a lot of biometric data about your facial features. You might not know what to do with this data, but someone out there does.

THE LACK of privacy is no secret. Anything you say or share is out there. But just as you wouldn’t want a burglar snooping around your kitchen, being hacked leaves victims feeling violated.

Many recall George Orwell’s Big Brother in the context of smart phones and social media (although for younger generations the words are more readily associated with reality TV – another social problem – than a dictatorship).

The Facebook break reminded of E.M. Forster’s foresighted The Machine Stops. First published in 1909, the dystopic novella tells of a people who have developed a religion based on the omnipotent global Machine. When the Mending Apparatus responsible for maintaining the Machine breaks down, it results in the collapse of the life-support system of the world as they know it.

Forster’s short story points to the apocalyptic result of putting faith in technology alone. I recommend finding time to read it: You know you have the time if you can wean yourself away from social media platforms for a few hours.

Big Tech companies are casting a giant shadow over our lives. They have a tremendous amount of power, which can be used either for benefit or for harm. On the one hand, they can help us keep in touch with friends, family and former classmates around the globe. And when the system broke this week, one serious setback for me was that I couldn’t check the lost pet pages I frequent on Facebook, with occasional success in helping return missing cats, dogs and birds to their owners. (That’s another reason for the type of videos I am targeted with.)

On the other hand, Big Tech companies use algorithms and artificial intelligence to influence the way billions of people receive and perceive information and news and it’s not clear who checks the fact checkers.

In 2019, following massive pressure, Facebook and Twitter tried to tackle fake news accounts by, among other things, demanding greater transparency that made it hard to create news sites or buy political ads without information on who was funding them. But when the main social platforms simply deleted former US president Donald Trump in January, it should have triggered an alarm no matter what echo chamber you mainly exist in. After all, who has the final word in determining what is true and false and acceptable, or not?

Fake news and lies on social media are adding to the burden in an era of political instability combined with the impact of the coronavirus pandemic. But you don’t have to have Haugen’s insider information to realize that they are good for business on social media platforms. The crazier the click-bait stories, the more traffic they generate and the greater the potential revenue from ads on the site.

As an Orthodox Jew, I take a complete 25-hour break from news, social media, phone, TV and radio every Shabbat. The joys of blissful ignorance and real time with real friends, family and community override the FOMO factor. Fear of missing out is another ill magnified by social media.

Facebook blew a fuse and we were left to our own devices. The outage should give us pause for thought.