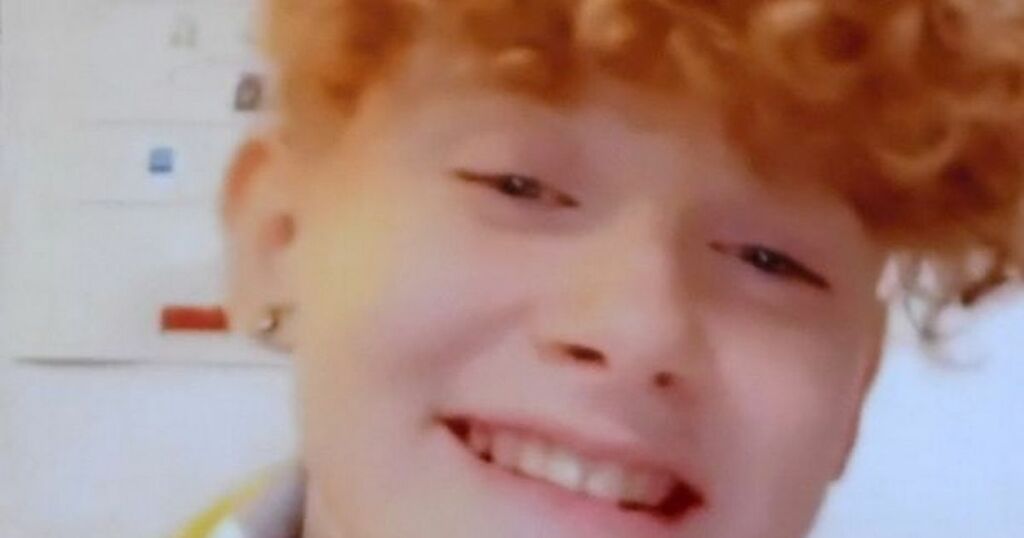 The parents of two children who died in hospital due to "observation failings" are demanding an independent investigation.

Sam Millers and Marc Thompson are parents from two different parts of the county who both lost their children after they received treatment at Prestwich Hospital.

Sam, from Old Trafford, lost her trans son Charlie, 17, in December 2020 after "observation failings" led to his suicide.

Their children make up two of three young people who have died while being admitted at Prestwich Hospital over the course of nine months, and are now demanding answers.

Speaking to the Manchester Evening News, Sam said: "Our aim is to get NHS England's attention to do an investigation into the deaths.

"The fact that there has been three deaths in nine months is not acceptable.

"I know they are separate deaths but collectively we think the same issue arises - observation failings. I feel if NHS England get involved they can find out the facts."

Former Manchester College student Charlie had a history of self harm and was under observation by hospital staff when he died.

In the run up to his death, he had been seen with ligatures around his neck three times.

He was then found alone and unresponsive, with a fourth ligature around his neck and died as a result of the injury five days later.

Sam claims she was told her son was being checked on by staff "every five minutes", but she says he should have never been left alone in the first place.

Sam revealed that Charlie was as young as four when he began identifying as a boy.

She said: "(Charlie) was about to start on a medical pathway, but they couldn't commence that due to his mental health.

"He was very supportive to other people with LBGT needs."

She added: "Charlie was about four or five when he began referring to himself as a boy.

"He was a tomboy during earlier childhood, then aged 11 he said he felt like a boy, and at 12 had his hair cut short and began living as a boy."

In February 2021, Rowan was also being observed every 15 minutes due to self harm concerns when he died.

He had been experiencing weight loss in the last weeks of his life, at one stage collapsing, and had been undergoing blood tests.

The day before he died, a sample indicated he had 'very low' levels of potassium.

But the lab was unable to reach anyone at Prestwich Hospital to alert them, despite trying several times, and Rowan died the day after, with his cause of death still ascertained.

In a draft copy of a Serious Incident Review done by the Greater Manchester Mental Health NHS Foundation Trust, it found that staff did not follow policy in Rowan's case and the blood results were not communicated.

The report seen by the M.E.N said: "Staff...did not follow Trust policy regarding observations" and "the abnormal blood results were not communicated to the Unit due to a range of issues",

In June last year, Ania Sohail, 21, became the third young person to die when she fell ill and drowsy during dinner, before saying she had taken a large amount of medication.

The opening of an inquest in July heard it is not yet known how she got that medication.

She was also at risk of self-harm, and was on a routine of five-minute observations.

Rowan's dad, Marc, from Hampshire, said: "When you have three deaths that are so similar in a short space of time you have to start looking at the strategic management of the unit.

"That is not effectively being done by the Trust, and that's where we need NHS England.

"We know that the issues with staffing problems at Prestwich were there prior to Covid taking place.

"We have documented evidence in Rowan's Serious Incident Review that he was unable to attend college which is less than 100 yards from the ward because they didn't have a staff member to escort him to his classroom.

"This is about management, a lack of staffing a strategic vision from the middle and higher management of an NHS Trust.

"We believe they need to be held accountable for their decisions and lack of staffing, because we believe that has in part caused the death of my child, the death of a second child, and a third.

"How many deaths does it need for them to pull their finger out, say we need to sort our staffing levels out, because these are national centres?

"They are taking patients from around the country because they are a vital service.

"If you haven't got the staff you can't take the patients in because you can't deliver the quality of care that is needed.

"In that aspect we believe that Greater Manchester Mental Health NHS Trust have failed.

" I am quite happy to wait three or four year after his death to let NHS England get to the root of the problem.

"Rowan's and Charlie's deaths are symptoms of a bigger problem. If we don't deal with the bigger problem how many more children are going to die?"