My teacher said I’d more likely be dead by 25 than a footballer. What if I had listened?

There weren’t many expectations of me when I was at school. Nobody I knew went to university so that wasn’t something I even thought about. Where I grew up, the choices seemed to be: deal drugs, work for the nearby car plant or somehow use sport as a way out – although I was also told by one teacher I was more likely to be dead by 25 than be a professional footballer. When the expectations are that low, and you’re told for so many years “you can’t”, you start to believe it. And then when I was 15 I was excluded from school, leaving without any GCSEs, just another of the disproportionately high number of mixed race and Black Caribbean boys to be removed from school.

I did become a professional footballer, joining a non-league side when I was working as a bricklayer and eventually joining Watford in 2010, and I’ve seen the power of using my platform and making a stand when my colleagues and I took the knee in the wake of the murder of George Floyd to support Black Lives Matter. Football was my way out, but I also wonder what I could have done if I’d been encouraged to engage at school and seen myself reflected in what I was learning – and how life might have been different for all the other kids who didn’t have football.

This is why I have started to campaign for schools to better represent their students, with a diverse curriculum that covers Black, Asian and minority ethnic history and experiences. Instead of it being relegated to Black History Month, which feels to me like a token gesture, the history and contributions of people of colour should be considered part of British history and embedded and mandated throughout the curriculum.

It is history that shapes our society today, and for children from ethnic minorities, it also shapes our identity. My memories of Black history at school was learning about slavery and the civil rights movement – vitally important subjects, but when that’s all you learn, it reinforces the idea that Black people were considered less than white people.

What about all the positive ways Black people have contributed to society? Where are the inventors, writers, artists and leaders? I enjoyed maths, and was good at it, but it never occurred to me that I could do something with it because I didn’t learn about scientists or mathematicians who looked like me. How many people know that the traffic light was invented by the prolific Black inventor, Garrett A Morgan? Something as simple as that could be so uplifting to a generation of kids who might think: I could be an inventor as well.

In September, Wales will make the teaching of a diverse curriculum mandatory, so there is a template of how we can do that without removing anything and at no additional heavy cost. I’d like to see the rest of the UK follow. I started a petition, and I’ve had talks with Nadhim Zahawi, the education secretary, but progress is slow.

Despite the outpouring of support for the Black Lives Matter movement to mandate a more inclusive curriculum, little action has been taken so far. The idea seems to make some people uncomfortable – from the politicians who refuse to embrace it to the racist abuse I get daily on social media – perhaps because exploring the history and experiences of people of colour, and particularly Black British history, will highlight that Great Britain isn’t as great in all aspects as we think.

The pushback isn’t coming from teachers though. According to YouGov research I commissioned, 80% of primary and secondary school teachers surveyed believe that diverse and representative topics are vital and enriching for all students. But only 12% said they felt “empowered” to teach “optional” topics such as colonialism and migration, which destroys the government’s argument that Black history is available to teach within the current national curriculum.

We live in a cancel culture, and I think this worries teachers, most of whom are white, who are wary of saying the wrong thing (and of course I’d like to see many more Black teachers). It’s why I love the work of organisations like The Black Curriculum, run by Lavinya Stennett, who go into schools and help teachers with training.

Had I been given more knowledge about my heritage at school, I would have understood so much more about myself and my family – I could have had more understanding for my grandad, part of the Windrush generation who arrived in the UK and worked hard for the Royal Mail for 30 years. But I’m from a generation, just as he was, where people didn’t talk about it. If I’d had more empathy for his experience, I would have known why he seemed miserable a lot of the time.

What I’ve seen is that teaching diverse history sparks conversation. In the Channel 4 documentary I’ve made, students at Harris City Academy in south London, the first secondary school to sign up to The Black Curriculum’s teaching methods, told me it opened up a space where they could have difficult conversations. Race can be an uncomfortable topic for some people, but until we have more conversations that are uncomfortable, we’re never going to get comfortable with the situation. I saw students who were engaged, had a wide understanding of the world, a pride in their own heritage and who felt inspired about their future. That’s what I want for all children. 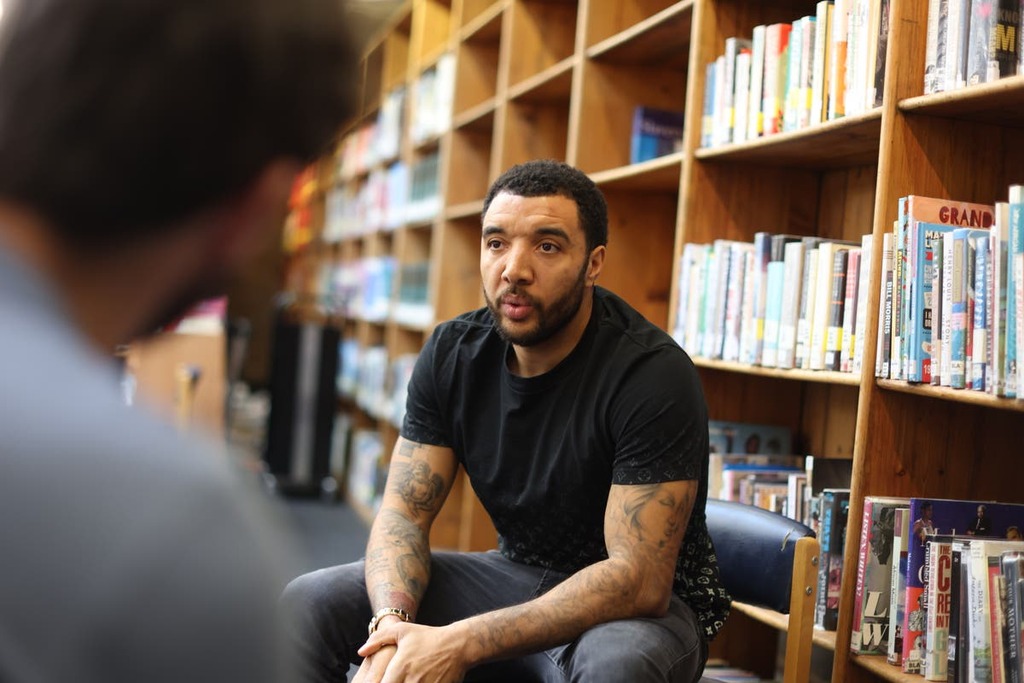 Black people see themselves represented only as slaves in the curriculum, says Birmingham City captain and campaigner Troy Deeney.