Emily Bronte historians will be “p----d off” at a sexy new literary biopic, the film’s director has said.

Frances O’Connor, the actress famous for roles in Mansfield Park and Bedazzled, has made her directorial debut with Emily, about the life of the Wuthering Heights author who died aged 30 without ever indulging in romance or marriage.

The new film will show the shy writer embroiled in a love affair, in a deviation from history that its director has already conceded will infuriate Bronte experts.

“I know there’ll be some people that are p----d off about it,” said O’Connor said. “People like Bronte historians will probably say, ‘Well, that didn’t happen’.”

A trailer for the film showed Emily, played by Sex Education star Emma Mackey, at the Bronte family home at Haworth in West Yorkshire, where she is introduced to William Weightman, a real-life and reputedly handsome figure who served as assistant curate at the Bronte Parsonage.

In the dramatic trailer, Emily and William are seen in the grip of passion, holding hands and sharing an illicit kiss at one point. Emily’s father, the curate Patrick Bronte, is heard in the teaser clip warning his daughter that she must “not bring shame on this family”.

In reality, though, she was in very little danger of attaching the shame of an affair to the family name, according to experts.

Ann Dinsdale, the principal curator at the Bronte Parsonage Museum, said: “We certainly have no evidence for her ever having a love affair in her life. And she, of course, never married.

“I think people love to try and guess at her inspiration. A lot of people believe that Wuthering Heights, with all of its passion, could not have been written by someone who had not had a love affair.

“But she was a solitary person, and there is no evidence she ever had a romance, or really had had any interest at all in ever having a romance.

“She grew up with stories and imaginary worlds. And really, you could say she spent her life in the world of her imagination.”

She added: “It’s not a new suggestion, but certainly today, she would likely have been considered somewhere on the autistic spectrum.”

O’Connor, who has also starred in a string of period films, has said that her first directorial foray into historical drama is not intended to be completely accurate.

Speaking to Total Film, she said: “I think you have to take courage in your hands when you’re telling a story about a real historical figure. But I was very clear in my mind that I didn’t want to do a biopic. I really wanted to speak to the younger audience.”

O’Connor said that the film will not only do away with biographical accuracy, but also period film tropes, with actors acting in a less “proper” way than in many literary adaptations.

“I’m pretty sure no one acted like that back then,” she added.

Despite deviating from the biography of Bronte, the film has been made on location in Yorkshire, close to where the Bronte family lived, and centres on Emily’s family life with her siblings Charlotte, Anne and Branwell.

The film also examines the inspirations for her only major work, Wuthering Heights, which was published just a year before her death in 1848. It has been adapted numerous times for the screen. 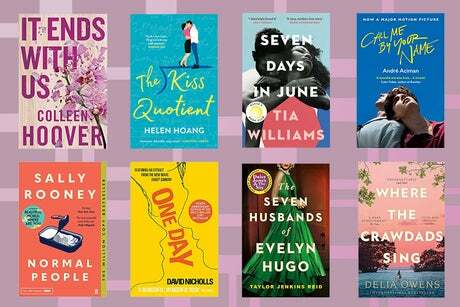 Evening Standard
From analysis to the latest developments in health, read the most diverse news in one place.
‘He was the Steve Jobs of his day’: Romain Duris takes on the towering role of Gustave Eiffel

Rather than celebrating the towering achievements of the Paris landmark’s maker, this drama starring Romain Duris centres on a fictional…

The 53-year-old star of films including Donnie Brasco, Catfight and the remake of Psycho, did not regain consciousness after a…

Viewers have been given a taste of the first Disney+ UK original series Wedding Season in a newly released trailer.

Irish Independent
One place to find news on any topic, from hundreds of sites.
Catherine Called Birdy: the trailer drops for Lena Dunham’s new medieval comedy