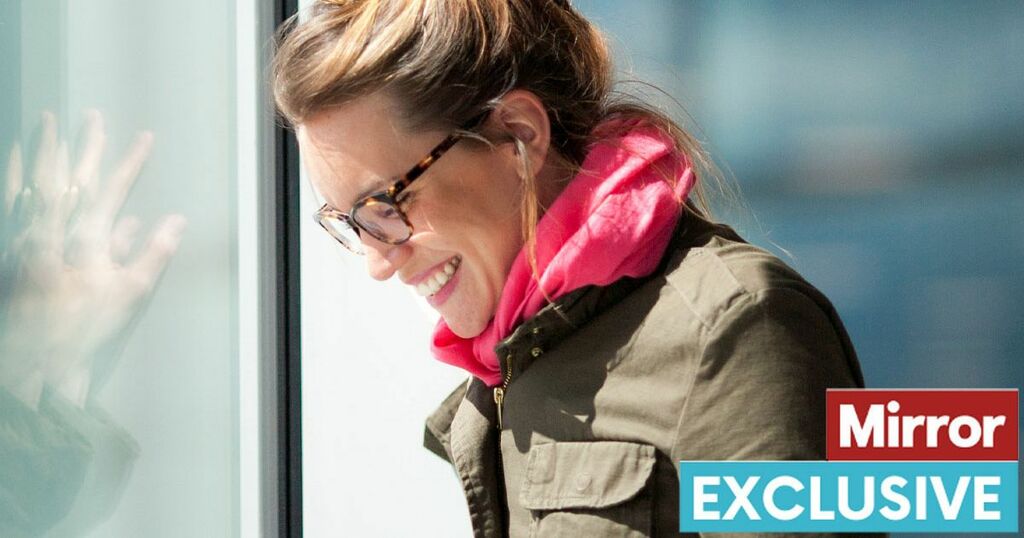 Clare Knox was in her late 20s when she noticed her periods getting worse. She’d always put up with pain and PMS, but now something was starting to feel very wrong.

“I would say I always had moderate PMS that most people experience, but it got progressively worse,” Clare, now 35, told The Mirror.

“For a few days every month I was in a pit of depression. It was completely different to the normal me. I’m a very positive, upbeat, social person, but it was like I was being transformed into someone I didn’t recognise.”

Every month Clare fell into a deep depression just before her period came. Once it arrived, the symptoms largely went away. But, putting on a brave face and getting on with things, she didn’t admit there was anything wrong

“I thought I had some kind of personality disorder but I did that thing where women just put up with it and battle through for longer than they should,” she explained.

Working as a secondary school teacher at the time, Clare’s symptoms began to make her job very difficult - and in time, she realised she couldn’t carry on as she was.

She said: “I started to get frightened that I’d never come out of that black hole each month. I thought ‘what if this time, this is it? What if I don’t return to being me’?”

Terrified her symptoms might become permanent, Clare, who is from Newcastle but now lives in Surrey, went to see her GP who diagnosed her with acute PMS.

Back home, she did her own research using “Doctor Google ” and looked up acute PMS - which led her to a condition that explained everything she was feeling.

Clare realised she was suffering from premenstrual dysphoric disorder (PMDD). The condition affects 1 in 20 women and causes severe mental health complications at certain stages of the menstrual cycle.

Symptoms of PMDD can include depression and anxiety, feelings of despair, mood swings, anger, trouble sleeping, and even suicidal thoughts.

Typically it occurs during the ovulation stage of the menstrual cycle, but it can be different for each person.

As Clare, who is now a PhD student, read over the symptoms, things began to fall into place.

She said: “My symptoms were a lovely cocktail of chronic fatigue as if you’ve been hit by a steam roller, hypersensitivity to noise and uncontrollable rage.

“It’s hard to explain to people who have never experienced it but it’s like blood boiling rage and that feeling of being completely overcome by emotion.”

After starting to understand her condition, Clare started looking into treatments that would help ease her symptoms.

“I’m a big believer in finding what works for you. There’s no right treatment for everyone. Some people choose to manage PMDD naturally but for me that wasn’t enough. I needed medication.

Clare started taking antidepressants and began hormone replacement therapy, which helped her regulate her emotions. But it wasn’t an easy path to find the right fit for her.

“I tried so many different contraceptive pills, which never agreed with me. I also tried the coil which was an awful experience for me,” she explained.

While testing out remedies, Clare also sought out moral support from others living with PMDD. She tried out a few Facebook groups, but found some of the content became quite triggering for her own mental health.

Moving over to Instagram, she found a community that worked better for her, but chatting with other PMDD warriors, as they call themselves, Clare realised they needed a platform to connect with each other and find more information about this under-researched illness.

In February 2021, she launched Luna Hub, a platform specifically for people with PMDD.

“It’s been an idea of mine for quite a while. I never want anyone with PMDD to feel like they’re on their own, or to feel lost or confused,” Clare said.

“Luna Hub was created in an attempt to give people that connection and support. We’ve got members all over the world and they’re the kindest, most supportive people. The way they lift each other up and give unconditional support is beautiful.”

While Clare says nothing can take away the horrible symptoms of PMDD, it gives people a “safe space” to talk and share their concerns.

She said: “I thought I was the only person who felt like I did, but when I realised there was a whole community of people living with this, it was really powerful.

“It’s such a turning point when coming to terms with PMDD to know it’s not just you.”

When new members sign up to the site, Clare and her colleague Gina welcome them with a Zoom chat to find out more about their experience.

Once enrolled, they can find webinars on demand, information about PMDD and chats with clinicians and other women who live with the condition.

“The thing members find most valuable is weekly member chats hosted by me and Gina, and we’ve also started working with a counsellor to offer therapy sessions,” Clare explained.

She added members in Luna Hub all have different stories about their experiences with PMDD and the treatments they’re using.

Some are in chemical menopause, which uses hormones to stop ovulation which links to their cycle. Others have gone through surgical menopause, where a hysterectomy has been performed and they’re now on hormone replacement therapy.

“For some people, that treatment is life changing and it works. But for others, it’s as if their brain is still having hormone fluctuations and it’s not so straightforward,” Clare said.

She added there are some people who would prefer not to take medication at all and try alternative therapies instead, such as acupuncture and focusing on diet and nutrition.

While Clare wants to help people living with PMDD, she also wants the condition to be better understood and researched.

She said: “You feel like a human guinea pig when you’re expected to try a treatment for six months. Then when it doesn’t work there’s disappointment and frustration. It can go on for years.

“It’s ‘suck it and see’ treatment. With what other medical condition would we expect people to go away and try different things?”

Clare has taken some time out from her PhD to look after her health and dedicate more time to Luna Hub, which she describes as her “passion project.”

In the future, she wants the platform to expand its counselling resources and roll out employer awareness programmes.

For anyone who thinks they might be suffering from PMDD, Clare’s message is simple.

Got a story? Email jessica.taylor@reachplc.com

“Track your cycle and get in tune with it. If you notice any of these symptoms, go and speak to someone as soon as you can.

For more information and support about PMDD, visit the International Association for Premenstrual Disorders website