'My mum joined a dangerous 'cult', now we can't get her back'

By As told to Siobhan Marin for This Much Is True 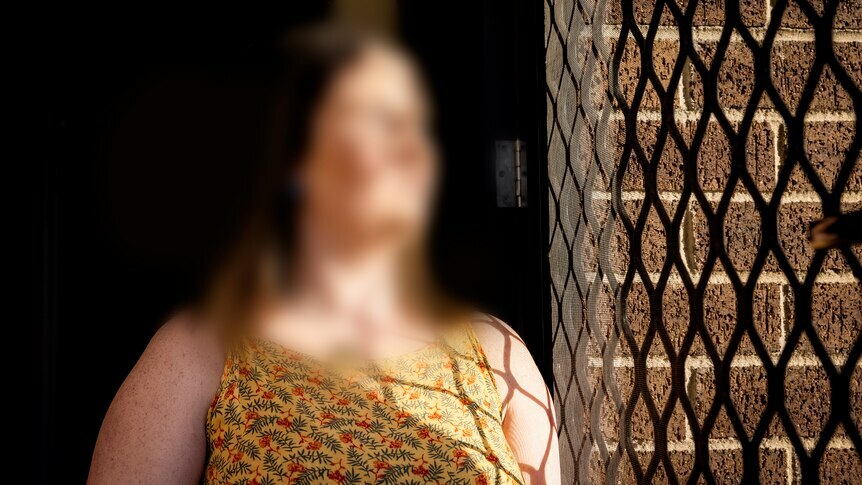 Emma (not her real name) shares her family's experience.

My mum and dad split when I was very young.

We grew up with my mum and my stepdad. There were five children, so it was a big family.

When I was about nine years old, we moved to Australia.

Things were good here, but that was when my mum started getting into different sorts of beliefs.

It began with tame things like crystals and reiki and tarot cards.

I guess my mum was drawn to the idea that her life had a deeper spiritual meaning, and she was always trying to find the answers.

When I was finishing high school, my stepfather was diagnosed with cancer.

He and my mum were also going through a divorce, so it was a very traumatic time for the family.

It was around this time that I first heard her mention a new group she was part of.

She made a lot of friends through this community. Good friends.

That was the first sign something was wrong, because she stopped seeing the friends she already had and just melded into this new group.

We began not seeing her very much because she would always be at an event or on a retreat, or saving money to go on a trip with them.

We knew that it was more intense than reiki or crystals.

It sounded like a very strong religion, and we were worried that it was going to cause a bit of damage.

Turns out, we were right.

Aliens, diets and past lives

When we first heard the group was called Universal Medicine, I thought it was something scientific.

They say if you follow their rules that you'll be as healthy as you can be.

But it gets a lot stranger.

They believe that these aliens are controlling us.

A lot of it is about the repercussions for your actions.

They have beliefs about children who have autism or a disability, that they're getting punished in this life because of something they did in the past life.

To me, because I'm an atheist and a very logical person, that sounds so judgmental and dangerous.

When you say their beliefs in a list, it's all so disjointed. It doesn't make any sense.

But they have books that they've written, and there's a course you can study – which you pay for, everything has a cost – and they've gone really deep into making it seem very scientific and professional, and that "this is all truth".

It's dangerous and harmful. It is what I would call a cult.

And as we had those revelations, our relationship with Mum became more fraught.

We couldn't accept or ignore it anymore, so we held what you could call an intervention of sorts.

All of us kids got together with Mum and said why we were worried for her.

But it didn't work.

She began to feel like we were attacking her, and that we weren't listening to what she believed to be the truth.

I had a four month-old baby, at that point, and I was really worried some of her beliefs would affect my child.

I didn't want my son to grow up around someone that could potentially harm him – if she babysat him and she didn't feed him properly, or if he grew up to have a disability, I didn't want her to be telling him that he was evil in a past life.

So, I made the decision to make a boundary and step away.

My biggest fear is that we've lost my mum.

The last few years have been a roller coaster of grief, where we're realising that we've lost or are losing her, and there's not much that we can do about it.

Another thing I'm really scared about is that my mum is going to be in a lot of financial trouble.

She's in her early 60s and she doesn't own a home, and all of her earnings – apart from the obvious things like rent and groceries – she puts into this organisation.

I'm really worried she'll become an older lady and have no safety net, no money, and no help from anyone because she's lost all of her family.

They have control over her, whether she understands that or not.

I know that 10 years ago, if she had no contact with all five of her children, she would have done something about it.

But she's not like that anymore. She's changed a lot.

We've tried so many things and we just can't seem to get her back.

The 'charlatan' and the 'socially dangerous cult'

Universal Medicine (UM) was founded in 1999.

It hosts workshops and retreats, self-publishes books, and offers "healing services" at its clinics in Australia and abroad.

Its founder, Serge Benhayon, is a former bankrupt tennis coach who claims to be the reincarnation of Leonardo Da Vinci.

Mr Benhayon has no medical qualifications, but labels himself a "teacher, practitioner and trainer of therapies that are complementary to medicine".

He has amassed millions of dollars since founding the group, and attracted a great deal of controversy.

In 2018, a Supreme Court jury found Mr Benhayon to be a "charlatan" who "swindles cancer patients" and engaged in "healing fraud that harms people".

One former UM member, Judith McIntyre – a breast cancer survivor – left Mr Benhayon $800,000 before she died in 2014. In her final months, he arranged legal advice, and advised Ms McIntyre on her will, diet and dealings with her family.

The jury found that Mr Benhayon exploited followers by "targeting them to leave him bequests", and that ultimately UM was a "socially dangerous cult".

Getting a loved one out

Rachel Bernstein is a marriage and family therapist who has been working with former cult members and their families for the past 30 years.

She is acutely aware of the impact these groups have on loved ones, like Emma.

"They don't know what it's going to take to get their loved one out.

"They also don't know why their loved one believes the story, why they're believing things that haven't been proven."

Ms Bernstein advises family members in this situation "not to use the 'C-word' [cult]" as it "creates defensiveness".

"Instead, try to maintain communication, even if it means acting like you're fine with what the person is doing, so you can keep having conversations.

"[That creates] safe enough dialogue, where they will start to hint that they're not as happy. You won't find that out unless you take a step back, otherwise people will dig their heels in.

"What also helps is being kind. In a cult, people pretend, but ultimately, they don't care about you at all.

"If [other] people in their life are kind, showing interest and caring, that helps erode what the 'cult' is presenting about the rest of the world … so it creates a domino effect, because [then the person realises] if the group's wrong about that, they're probably wrong about other things."

The aim, she says, is for the client to realise themselves that their community is a harmful cult. Once they do, they're more likely to leave.

But these conversations weigh more heavily on family members like Emma.

"The positive side of me would like to say, 'Don't give up hope'," she says.

"Keep trying. Keep showing this family member that you love them, that you support them, and that you want to be a part of their life.

After all, Emma says, if they have a connection to the outside world, there's always a chance they can come back.

If this story has raised any issues for you or someone you know, support is available from Lifeline on 13 11 14.

This story comes from ABC Radio National's podcast RN Presents: This Much is True. Find it on ABC Listen, Apple Podcasts, Google Podcasts, RSS or wherever you listen to podcasts.