‘My Mom, Your Dad’: Their college-age children play matchmaker for the middle-aged on likable reality show 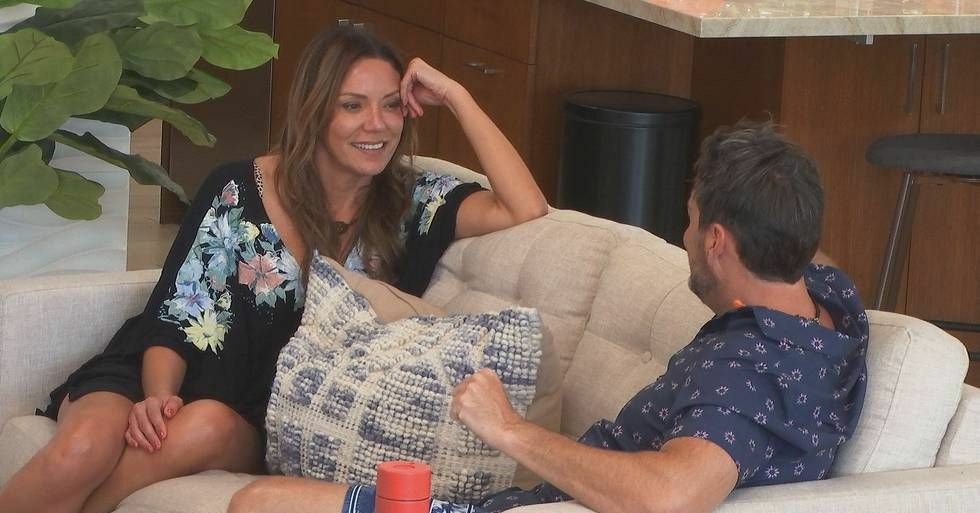 Full disclosure: I’m not a huge fan of “reality” programming, though I’ve been known to click over to “The Bachelor” just in time to catch some soap opera-gorgeous person crying and saying, “I didn’t expect to actually find love on this journey,” and I used to watch “Survivor” back in the day and I had a mild addiction to “Pawn Stars” for a couple of years and I’m aware there are some Real Housewives and some 600-lb. lives and who hasn’t gone “Dancing with the Stars” and every time I click across “Shark Tank” or “Undercover Boss” I have to watch for at least a segment or two, and —

OK FINE. Every now and then, I’ll succumb to the temptation of watching reality TV. Nevertheless, I didn’t expect to hold much interest in the HBO Max series “My Mom, Your Dad,” with its premise of adult children nominating their divorced, middle-aged parents for a retreat in the hopes they’ll find love — but when I learned the series was created by producer Greg Daniels of “The Office” and “Parks and Rec” fame and Daniels’ daughter Haley, and would be hosted by Yvonne Orji from “Insecure,” I decided to give it a spin. And I’ll be danged if I wasn’t drawn in from the moment a bunch of kids in their late teens and early 20s dropped off their parents at the house with hugs and kisses and best wishes for happiness. They love their parents! Even though their folks are like, SUPER old — I think some might even be over 50 — their children believe there’s still time for them to find love.

Accompanied by the usual mix of synth-pop music, rapid-fire camera moves, drone shots, hot tubs, manufactured moments and no doubt tons of editing designed to heighten the drama, “My Mom, Your Dad” introduces us to parent-child combos, from Georgia and Florida, from California and Kentucky, from Maryland and Arizona. The college-age kids are attractive and slightly awkward and sincere; their parents are attractive and, well, slightly awkward and sincere.

“My mom is the kindest, most genuine person I’ve met in life,” says Whitney about her mother Trish. “It’s time for her to meet someone who makes her feel like she’s the most beautiful person in the world.”

Trish chimes in: “I’ve been married three times, but technically four because I married my first one twice.”

You go, girl. Meanwhile, Alexandra tells her father, Scott, “I have one piece of dating advice: Don’t talk about ‘Star Wars,’ ” while Breana says of her mother, Karen, “My mom always focuses on one guy and she just gets tunnel vision and misses all the red flags.” (Dear parents of grown children: They might know you better than you think.)

Once the parents are settled in at their retreat and are paired off for paint-and-sip dates, hot tub encounters, etc., their children are holed up in the “Kids’ Bunker” down the road — and unbeknownst to the parents, their children can monitor their activities on screens and can manipulate certain happenings. Let the cringe-worthy moments commence!

As is the case with many a reality show, twists and turns and “shocking” moments ensue. At least one parent will make an early exit, and we’ll be introduced to some new players. Connections are formed, friendships are forged — and there might even be a romance or two, culminating with a finale in which a couple of the children will be asked to give their blessing to their parents’ new relationships. It’s all a bit contrived and quite slick and unabashedly corny — and I really hope there’s a reunion show so we can find out what happened to Deneia and Philip and Karen and Troy and the rest, because darn it they deserve to find love even though they’re really, really old. Like 45.