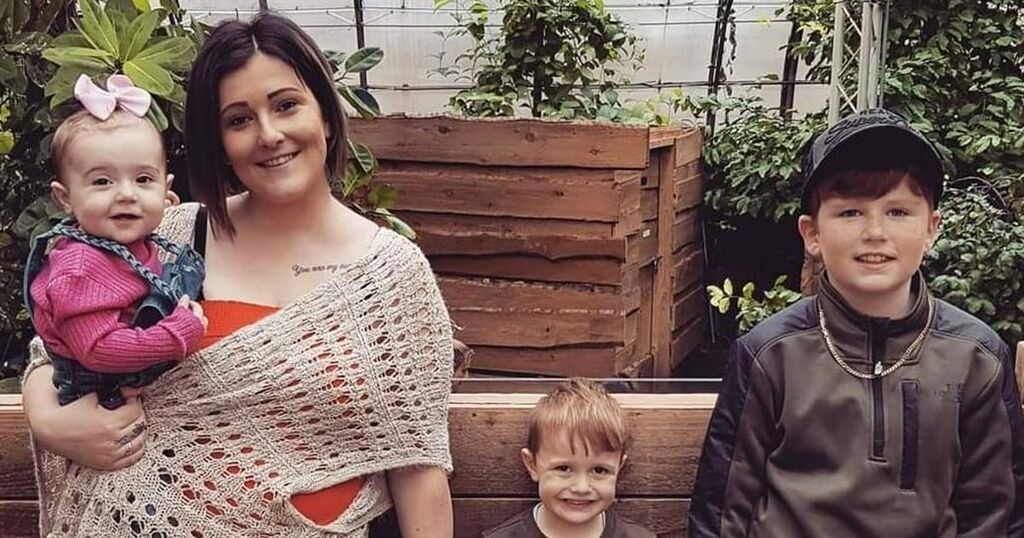 A mum who has three kids has revealed they all have the same birthday - but they're not triplets.

The three children have defied unbelievable odds to celebrate their birthdays together, leaving Sinead utterly gobsmacked.

The mum-of-three recalled how Lewis, who will be 12 tomorrow, arrived two days after his 9 January due date back in 2010.

He enjoyed six years of not having to share his birthday until little Shae came along, four days earlier than his due date, on 11 January 2016.

Recalling going into labour on her eldest son's sixth birthday, Sinead joked Lewis was "not happy."

The single mum said: "We had planned to go out for a birthday tea party after school, but Shae decided to make an early appearance on his birthday so Lewis went to my mum and dad's house."

She added: "His due date was the 15th and I thought he would be late, so it never crossed my mind they might share a birthday, but when I had pains at home in the early hours I knew he was going to surprise us all and steal his brother's birthday.

"I thought it was a lovely present for Lewis to become a big brother but he wasn't very impressed at first.

"Lewis was six at the time and he wasn't happy to share his birthday the first time, little did I know then that it would happen again."

Three years later, Sinead found out she was expecting a girl, who was also meant to arrive on Shae's due date of 15 January.

Sinead said: "They were excited for a little sister but due to late complications I needed a C-Section and I could not believe my ears when the midwife told me the only date available was January 11.

"I was honestly gobsmacked and I said no at first.

"I explained both my son's already shared that birthday but it had to be that date. I even asked them to check twice."

When she broke the news to her sons, little Shae didn't fully understand - but Lewis, who had been through this once before, was in disbelief.

"He thought I was joking," Sinead recalled.

"He could not believe that both his little brother and now his little sister were going to share his birthday.

"He reacted better than he did when he was six and both boys came to visit Demi the day she was born so I could see them on their birthday too."

Stunning her family by the birth of three children on the same day, Sinead said she struggles to get people to believe her.

She said: "I don't know how rare it is, but the nurses had never heard of it before and nobody believes me it's all for the same day when I order three cakes, or buy three sets of birthday banners.

"I get the same joke too, people always say there must be a special date in April, 9 months before."

As the kids' birthday approaches, Sinead has the tricky task of finding an activity they'll all enjoy at their differing ages.

Sinead said: "Lewis and Shae have had joint parties and we celebrate with days out to keep them all happy.

Do you have a real life story to share? Email jessica.taylor@reachplc.com

"They each get their own age decorations and their own cake. Lewis is into his scooter and games consoles and Shae likes football.

"Demi is all about unicorns, she is a little princess."

She joked: "I'm not risking a fourth baby, but if I did fall pregnant again I would put money on the birth date."