‘My family were horrified’: Unseen Sex Pistols photos to go on show in London 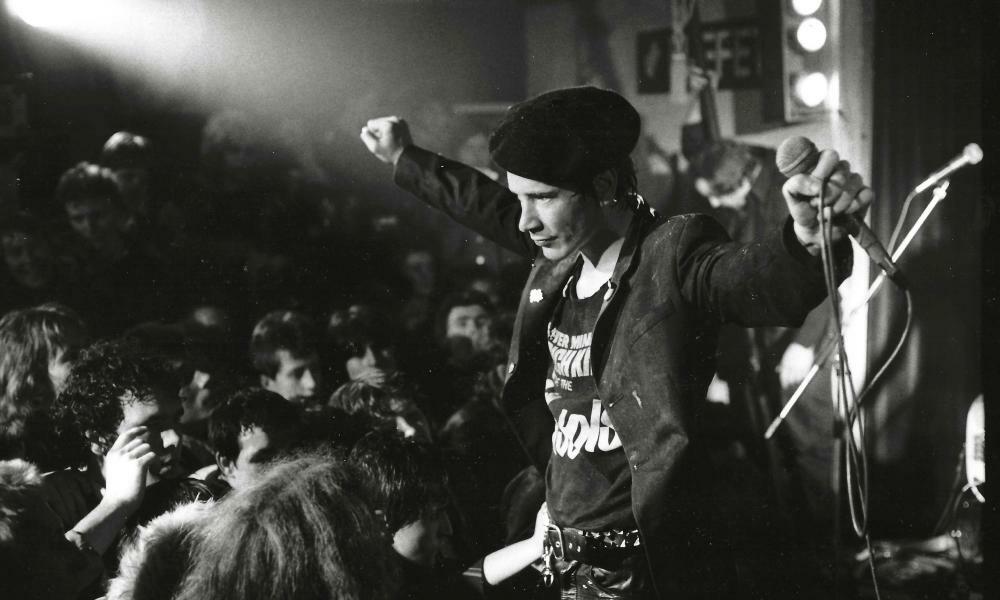 If the Sex Pistols look like they are having fun in these unseen Christmas Day 1977 photographs, it could be down to their afternoon involving a children’s party, food fights and getting down to Boney M.

The images will go on display at Photo London, the first photography fair to take place physically anywhere in the world since the pandemic started.

They shine a light on an important moment in British music history. Not only was it a couldn’t make it up kind of day, it was the last time the band played in the UK. Weeks later, after a disastrous tour of the southern US states, the Sex Pistols had broken up.

The photographs were taken by Kevin Cummins, then 23, who was invited by the Pistols’ manager, Malcolm McLaren, to take pictures at a Christmas Day gig at Ivanhoes in Huddersfield.

Missing his family Christmas was an event in itself. “It was the 70s and you were terrified to leave the house on Christmas Day,” Cummins said. “There was a three-line whip to be at the table and watch the Queen’s speech.

“It was bad enough leaving the house but it was even worse going to see the Sex Pistols. My family were horrified. They didn’t speak to me for three weeks.”

But Cummins was a young and impetuous freelancer for NME and, crucially, had a car to get him from his home in Manchester to Huddersfield.

The afternoon party was for the families of striking firefighters. It was here that children, in their freshly distributed Never Mind the Bollocks T-shirts and Anarchy in the UK badges, would cheerfully throw Christmas cake at Johnny Rotten.

The band performed a short set but there was also a disco at which children joined Sid Vicious to dance to Boney M’s Daddy Cool and Baccara’s Yes Sir, I Can Boogie.

That night there was the concert itself. Sex Pistols gigs would often be confrontational, sometimes scary, but not in Huddersfield.

“This was the best gig I’d seen, and I saw them a dozen times. They were all in such good spirits and the audience felt great as well … they felt they were part of a secret society, allowed to go and see a gig on Christmas Day, rebelling against their parents. It wasn’t at all aggressive. Everyone just had a great time.”

McLaren let Cummins stand at the side of the stage to take photographs, which gives the images an extra vibrancy.

“The fact that they had such a great afternoon continued in to the evening and that’s why it was such a good show. There wasn’t the usual arguments, people spitting at them, throwing beer or anything.”

Cummins printed his photographs on Boxing Day and they appeared in most of the music press.

The new unseen images have gone on display at the stand of Paul Stolper Gallery at Photo London. It being a commercial fair, they are all for sale.

The gallery is one of 88 from 15 countries participating at the sixth edition of Photo London.

That it is happening at all is something of a minor miracle, suggests Michael Benson, the co-founder of the fair: “Policy has been so mixed, muddled and misleading that planning anything has been recast as a branch of medieval theology.”

The Pistols played about 80 gigs in the UK, with many local councils refusing to allow them in town. Even on the final tour, several gigs were cancelled at short notice.

• Photo London is at Somerset House from 9 to 12 September

• The caption on the second photo in this article was amended on 9 September 2021 to correct a date error. The photo was taken in 1977, not 1997 as an earlier version said.