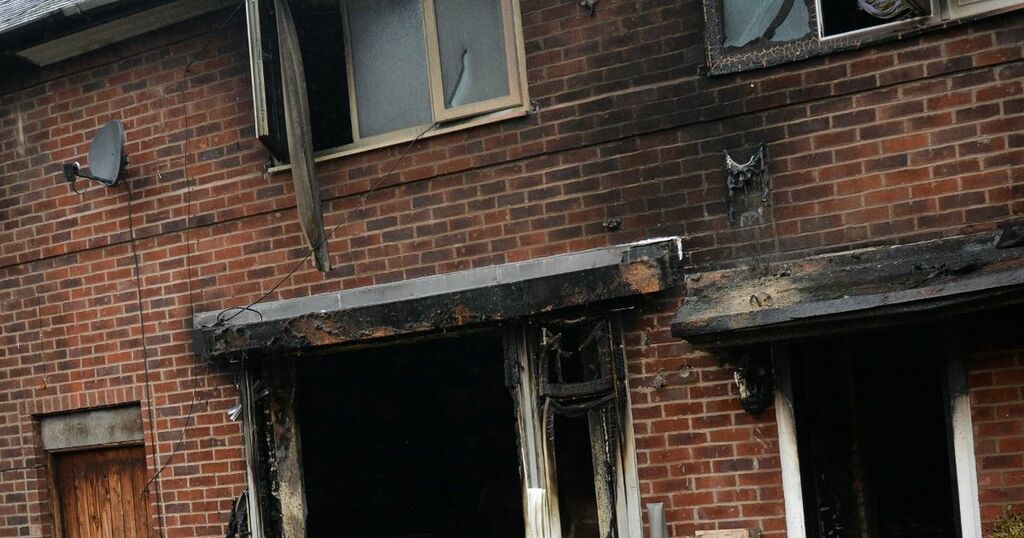 A family and children escaped a devastating arson attack which followed a petty row between college students.

Davide Imuetinyan, 19, and Benjamin Ankers, 18, went to the home of Elvis Azeta on Bordale Avenue having bought petrol.

Mr Azeta was not there, but his family were in the property at the time the blaze was started.

READ MORE : Police want to speak to this man about an 'unprovoked' 5am assault

"The living room window was smashed and, having set light to the fuel, one of them threw it into the living room," prosecutor Matthew Curtis said at Manchester Crown Court.

"The fire set quickly but, fortunately, the family who were all inside were able to escape."

Elvis Azeta and Davide Imuetinyan had both been students at Openshaw college previously, and in the summer of 2019 they had a fight at a party.

Prosecutors said a 'personal grudge' developed between the pair.

The fight was filmed on a mobile phone by another young man at the party, and after telling him to put the phone away Elvis Azeta punched him.

This young man's older brother, named in court as 'Renzo', then began making threats to Elvis, the jury heard.

About a month before the fire, which happened on the night of September 5, 2019, a brick or stone was thrown through the Azeta family's front window.

"Elvis Azeta was not home at the time, but he told his parents that he thought it has something to do with this fight," Mr Curtis said.

On the day of the blaze, Mr Azeta received phone calls from an unknown number but ignored them and went to work.

"The next thing he knew was at 9pm when his father rang to say their house had been burnt down," Mr Curtis said.

Recalling his reaction to the fire, Elvis's father, Felix Azeta, told jurors he had been sleeping when he heard noises outside.

"I thought 'what's going on?' I looked out of the window and I saw two males, two white guys," he said.

"There was noise, people shouting, I thought there was a problem outside, fighting.

"I looked to the window and I saw they were shouting 'fire'.

"My wife and son and daughter were outside."

The court heard Mr Azeta went downstairs and tried to put out the fire in the living room but the blaze was too strong.

"If I would stay there ten minutes I would die," he told the jury.

Davide Imuetinyan accepted that he smashed the window of the living room of the Azeta home weeks earlier, but denied being present when the fire was started.

Benjamin Ankers, whose DNA was found on a lighter at the scene, accepted causing the fire.

He denied that his intention was to endanger life, as he said he was told the property was empty.

Imuetinyan and Ankers were both found not guilty of arson with intent to endanger life.

Imuetinyan, of Hinde Street, Moston, was found guilty of the lesser offence, of arson being reckless as to whether life was endangered.

They are due to be sentenced next month.