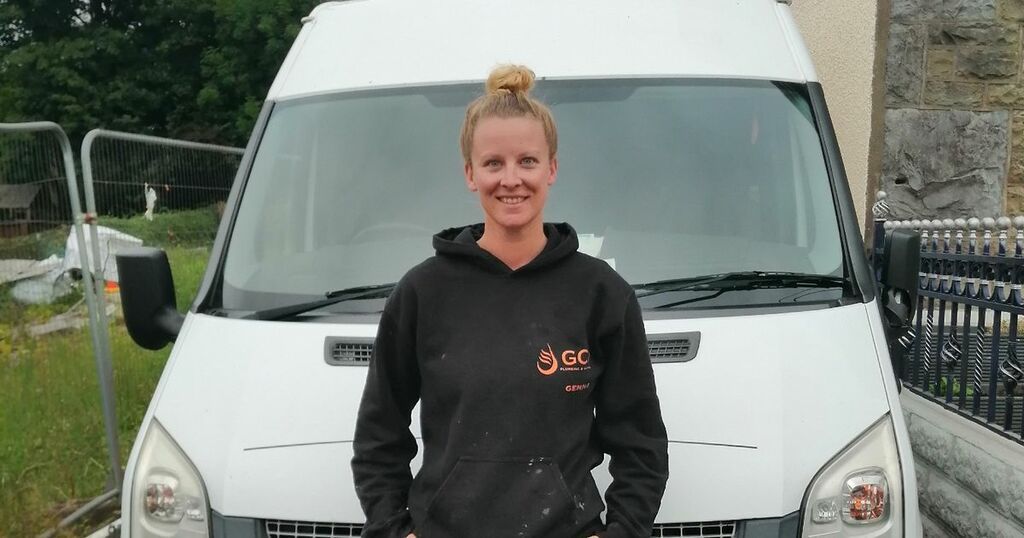 A mum who created her own business after turning her dad's advice to "marry a plumber" on its head has encouraged other women to join the trade.

Gemma Pickett, 30, is an independent plumber and heating engineer who has worked hard to build her own company.

From a fairly young age Gemma, from Pontyberem, Llanelli, used to go to work with her dad and was always brought up around male influences.

When she was 15 her father asked what she was going to do at college but she was unsure so he told her to "marry a plumber - they get lots of money", but Gemma thought she would try it out herself.

Gemma made the decision to go to college to study plumbing, and despite being the only woman she says she had a great time and being in a group of men didn't phase her.

Recognised at college for her dedication to the trade, Gemma won the Welsh National Plumbing competition and has continued to excel throughout her eight years in the trade.

Later, when Gemma fell pregnant with her son she wondered how she was going to cope with being a mum and working. So she decided to set up her own business, GCI Plumbing, four years ago so she could work around her children - and it turned out better than she ever imaged.

She said: "When you do something you enjoy the passion is there to do your best to keep going and better yourself. Being a female I like to push the females in trade to show them that they can do it yourself. I think a lot of females hold back from the profession as they might worry they won't fit in so being a successful female in my trade will hopefully inspire other women."

Gemma has built a strong client base with her business and has recently taken on her first female apprentice.

She also asked her local college if anyone would be interested as she wanted to help a woman with an apprenticeship.

She said: "I'd definitely like to take on more females in the future definitely just to help them. If they want to stay with me or go off and do their own thing I'd be more than happy to give them the guide that they need."

A lot of Gemma's customers are also women who prefer to have a female plumber.

She said: "There's a lot of customers out there who would prefer to have a female, especially people who are on their own, single mothers and people who have been through hell and back."

Gemma's hard work and determination has paid off as she is through to the semi-finals of the renowned Screwfix Top Tradesperson 2021 competition.

She will join over 30 other semi-finalists in the interview stage with representatives from Screwfix to try and secure a place at a two-day virtual final event in September.