'Mutual respect and genuine partnership': how a Labor government could revamp our relationship with Indonesia

The new prime minister made a point of declaring he intended his first overseas visit as head of a Labor government would be to Indonesia.

His first overseas visit as Labor leader was also to Indonesia in 2019, as was his first trip as a minister in 2007.

Albanese is not the first newly-minted prime minister to prioritise a trip to Jakarta as Scott Morrison’s first overseas visit as leader was also to Indonesia.

Instead, Albanese has had to travel to Tokyo for a pre-planned meeting of Quad nations (Australia, India, Japan, and the United States).

Nevertheless, judging by the campaign, and a bit of recent history, we can expect to see a Labor government pay more attention than their predecessors to Indonesia – and Southeast Asia in general.

Read more: Indonesia will take a big step on the global stage this year – are Australians paying enough attention?

From a rollercoaster to a plateau

Both major parties say they recognise the “vital importance” of the Australia-Indonesia relationship.

Despite this, ties between the neighbours have often been described as a “rollercoaster”. Unpredictability and insensitivity have often clouded the relationship, no matter who is in power.

Perhaps relations never fully recovered after Australia, under the Howard government, led a multinational force in East Timor in 1999.

But in recent years, Indonesia has barely rated a mention in Australian foreign policy discussions.

Rather than a rollercoaster, the relationship has plateaued.

Read more: How well has the Morrison government handled relations with Southeast Asia?

There were some early successes in the Morrison era, including the two countries signing a new Comprehensive Strategic Partnership in August 2018 that promised to deepen ties and cooperation.

But these two early successes built on the work of previous governments.

The IA-CEPA deal had been in the works for over a decade.

This personal touch has not quite been replicated under the Morrison government.

This wasn’t well received in Muslim-majority Indonesia. The optics were not good – it suggested a tendency on Morrison government’s part to privilege electoral ambitions ahead of the national interest.

There have been other areas of friction. Indonesia initially responded critically to Australia’s AUKUS deal, which reflected concerns about how Australia acquisition of nuclear powered submarines might affect regional security, the arms race and non-proliferation.

Following the announcement, Morrison’s plan to stop over in Jakarta from a US visit was called off when Widodo opted to visit provinces outside Jakarta instead.

The impression was that the Coalition looks to Australia’s “great and powerful friends” in the US and the UK for security, while Labor prioritises regional relationships.

This difference was on display in the pre-election foreign ministers debate between Marise Payne and Penny Wong.

While Payne talked up the Quad and AUKUS (both which don’t include Indonesia), Wong focused on the Pacific and Southeast Asia. However, Indonesia was barely mentioned by either.

Labor’s election campaign rhetoric emphasised regional engagement based on “mutual respect and a sense of genuine partnership”. It announced a Southeast Asia policy, including A$470 million over four years in foreign aid and the creation of a Southeast Asia office in the Department of Foreign Affairs and Trade.

Despite the lack of specific attention to Indonesia during the campaign, there are some positive signs, though. Labor advocates a First Nations foreign policy, which could be appealing to Indonesia.

Australia and Indonesia already cooperate fruitfully on shared interests in maritime security, marine science and the blue economy. This is likely to continue regardless of who is in power.

Most importantly, Labor’s national security plan highlights climate security as an area of cooperation, promising a A$200 million climate and infrastructure partnership with Indonesia.

But more needs to be done. Labor should focus more on bolstering Asian studies and languages in secondary schools and universities, particularly Bahasa Indonesia.

States like Indonesia don’t want to be forced to make a choice between US and China.

Rebecca Strating receives external funding from the Australian Department of Foreign Affairs and Trade, United States Department of State, the UK High Commission in Australia, and Taiwan Foundation for Democracy. 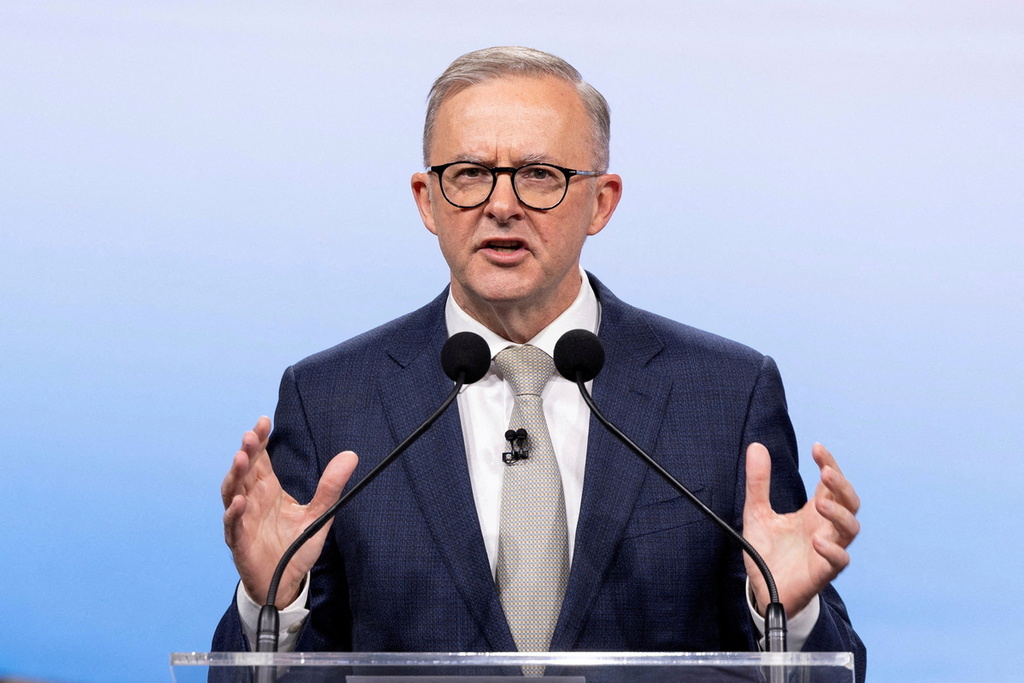 Reuters
One subscription that gives you access to news from hundreds of sites
As Albanese heads to the Quad, what are the security challenges facing Australia's new government?

China and Australia may be ready to thaw their diplomatic relations, which have been sitting in the deep-freezer for years