Apparently, humans aren't the only animals going keto. The German cockroach (Blattella germanica), one of the most common pests in the world, is evolving to have a glucose-free diet. Unlike many humans, it's not because they're suddenly watching their figure; rather, German cockroaches have inadvertently outwitted human pest control tactics by evolving to dislike sugar, specifically glucose.  That could have huge implications for the population of cockroaches worldwide, which is of particular concern given their propensity to spread bacteria and disease.

According to Dr. Coby Schal, professor of Urban Entomology, Insect Behavior, Chemical Ecology, Insect Physiology and head of the eponymous Schal Lab at North Carolina State University, the team's new research shows that cockroaches have begun to deviate significantly compared to previously observed roach-mating behavior. Female lab roaches, housed in North Carolina lab originating from a Florida-strain, included a significant population of glucose-averse roaches; glucose is a simple sugar that is intrinsic to the processes of plant and animal life.

Surprisingly, researchers found these roaches were unwilling to complete traditional roach mating behavior (accepting what the research study refers to as "nuptial gifts" or "nuptial feedings.") Further, these glucose-adverse female roaches chose not to complete the mating process, meaning there wouldn't be any reproduction.

Lest your heart leap for joy at the idea of a significant population drop among roaches, curb your enthusiasm: these male roaches eventually found a workaround. That's the bad news.

This new behavioral trait among roaches throws a wrench in traditional pest management control techniques that use sweet poison.

The good news — well, good news for roaches, that is — is that researchers found male roaches ingeniously overcame female glucose aversion during mating time. Roach mating — and foreplay, if you can call it that — traditionally lasts for up to 90 minutes. Male roaches adapted to female roach glucose hesitancy (meaning dislike for sugar) and shortened their mating rituals down to minutes or even seconds, while successfully completing fertilization. (If you read that and feel tempted to anthropomorphize female roaches and their sexual satisfaction — just don't.)

According to Dr. Schal, researchers are wondering if new behavioral traits like this could spread through different populations, making this mutation more prevalent.

So why is this research important? For one thing, roaches are a prominent pest — they tend to spread through human settlements, and can spread disease and cause other health problems in humans. And it is possible that this mutation could increase the roach population.

The majority of roaches, experts believe, consistently like sweet food — meaning food with sugar in it, like glucose.

"One of the takeaways is that animals, including roaches, have adaptations that they evolve in terms of natural selection," Dr. Schal said. He noted that the "German cockroach, a pernicious household pest, plays an important etiological role in allergic disease and asthma. It also serves as a mechanical vector of pathogens, including antibiotic-resistant microbes."

In other words, this new behavioral trait among roaches throws a wrench in traditional pest management control techniques that use sweet poison. Likewise, it's obviously impossible for a lay person to know visually whether their local roach population is glucose-averse or not.

The problem with roach bait

So what is glucose aversion exactly, and why does it matter? Well, roaches are omnivorous scavengers. They can go for days without eating, but generally do poorly without any kind of liquid or water. When hungry, roaches will eat anything — including hair, paper, books, building material and a wide range of decaying life forms (including other dead roaches). But the majority of roaches, experts believe, consistently like sweet food — meaning food with sugar in it, like glucose.

According to Dr. Schal, roaches typically dislike bitter-tasting food items and prefer sweet food items. Traditionally, roach pest management has tried to improve the taste of bitter-tasting poisonous bait by wrapping sweetening-agents around the roach poison. Turns out, roaches have been on to our game for a while. They know we're trying to kill them, and they've raised the stakes and adapted and evolved. It is something any evolutionary biologist could have predicted, though it's frightening that this research actually confirms it.

These glucose-averse roach offspring are normal in almost every way, said Dr. Schal, but future generations of roaches will carry this genetic mutation. And roach offspring will most likely be glucose averse as well, he said, as these genes are passed down from the parent roach to offspring. If a roach is glucose averse, he said, means glucose tastes bitter or unpleasant to roaches. But if glucose-averse roaches are in starvation mode, they may temporarily eat glucose to survive, Dr. Schal said.

Before you spiral contemplating the rise of mutant roach populations conquering the world (or is that just me?), it's important to note that no recent entomological research has shown any concrete evidence that roach populations will necessarily have wildly increased population numbers because of this, or because of anything else — at least, not any time soon. The fact is, we already know that roaches are pretty adaptable: they can survive about ten times as much radiation as humans, can live without their heads for a month, and can live off dead and decaying matter alone.

When it comes to roach population growth, it's hard to say how many roaches there are in any given geographic area, said Dr. Phililp G. Koehler , University of Florida Professor Emeritus of Entomology and Nematology.

"Roaches are pretty much endemic," he said.

Urban roaches have a  relatively short lifespan. A German cockroach's lifespan is typically 8-10 months, said Dr. Schal. A female German cockroach can produce up to 320 roach offspring.  On the other hand, an American cockroach can live 1-2 years, he said. One American roach female roach is capable of producing an average of 240 roaches throughout its average lifetime.

Regardless of species variations, roach population numbers can thus increase dramatically if uncontrolled. And this doesn't even take into account asexual roach reproduction, through which female roaches can continue to reproduce for years without a resident male.

According to Dr. Koehler, any building structure that is older and/or has structural problems will be more likely to have thousands of cockroach residents. "There are always more roaches hidden in the walls that you actually see," he said.

According to Dr. Koehler, any building structure that is older and/or has structural problems will be more likely to have thousands of cockroach residents. "There are always more roaches hidden in the walls that you actually see," he said.

So while some may incorrectly assume that roach infestations are primarily a scourge among low-income or untidy households, the presence of urban roaches is an unfortunate fact of life for many, regardless of income or socio-economic status or household cleanliness. Increased reports of roach sightings in multiple states stem from the fact that sewer roaches or aquatic roaches may simply be looking for new living quarters.

Most humans find roaches disgusting, but can they actually make you sick? Potentially. And what kinds of pathogens can you get? Experts believe that roaches have transmitted plague, typhoid, cholera and dysentery in the past. But they also spread modern diseases. Indeed, cockroaches are thought to carry bacteria that, if deposited on food or around humans, could potentially cause salmonella, staphylococcus, and streptococcus, which can result in serious stomach issues. (Fortuitously, COVID-19 is not one of these diseases; research experts like Dr. Schal affirmed that roaches cannot transmit SARS-CoV-2, the COVID virus, to humans.)

Dr. Phililp Koehler says his academic interest in roach research started during his Naval military career as a Lieutenant, Medical Entomologist, in the U.S. Navy's Medical Service Corps over 50 years ago. In those years, rampant roach infestations were common on both military and civilian ships. Many more leisure travelers traveled from point A to point B on a ship for extended periods, for both domestic and international travel, he said. This, Dr. Koehler noted, is most likely how different non-native roach species like the Asian cockroach ended up in unexpected regions in North America, including port cities in Florida. The Asian roach then spread to other states, a trend that he researched extensively decades ago.

Returning to the implications of the North Carolina research study on glucose averse roaches, Dr. Schal says there are actually additional findings that might be published as soon as this year. "This study also represents the best understood case of behavioral resistance of pest species to pest control at the evolutionary, behavioral, and cellular level," he added.  It is possible that this newly-emerged roach behavior could prophesy future roach adaptations. Furthermore, this research is important not only for pest-management knowledge, he said, "but also it could potentially have public health implications when it comes to disease transmission."

on household insects and evolution 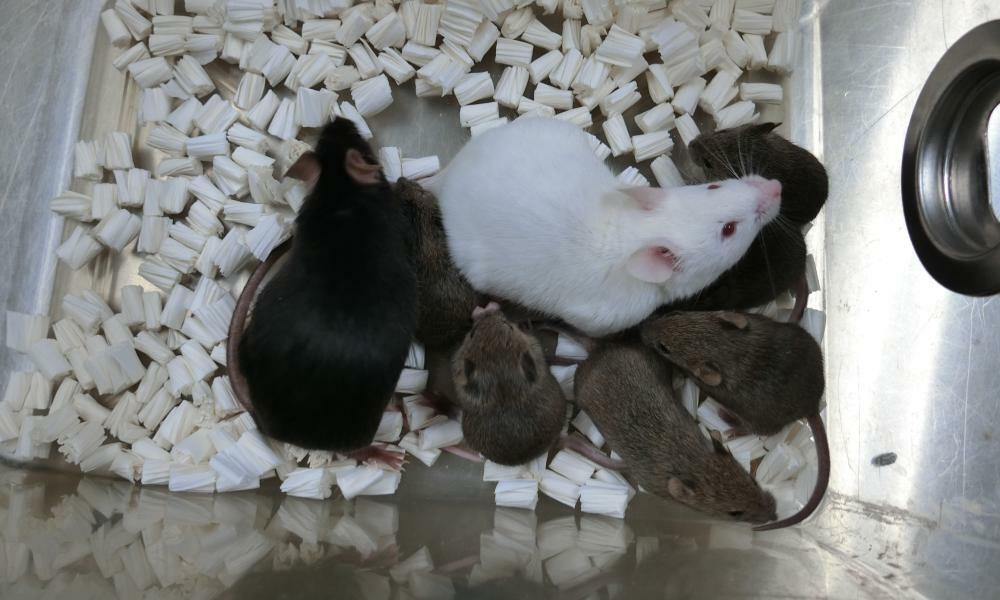 The Guardian - UK
One subscription that gives you access to news from hundreds of sites
Stone Me: Prehistoric Farmers Were Bugged By Insects And Mice, Says Study
Stone Age farmers in southern France were fighting mice and insects feasting on their supplies 4,000 years ago, a new…

Honey bees are useful not only to humans but to other “free riders” attracted to their stored resources. The small…

Tribune News Service
One subscription that gives you access to news from hundreds of sites
Sex on the beach: a beloved California fish wriggles ashore to spawn

Grunion run has fascinated scientists and locals for decades, but their future is threatened by the climate crisis