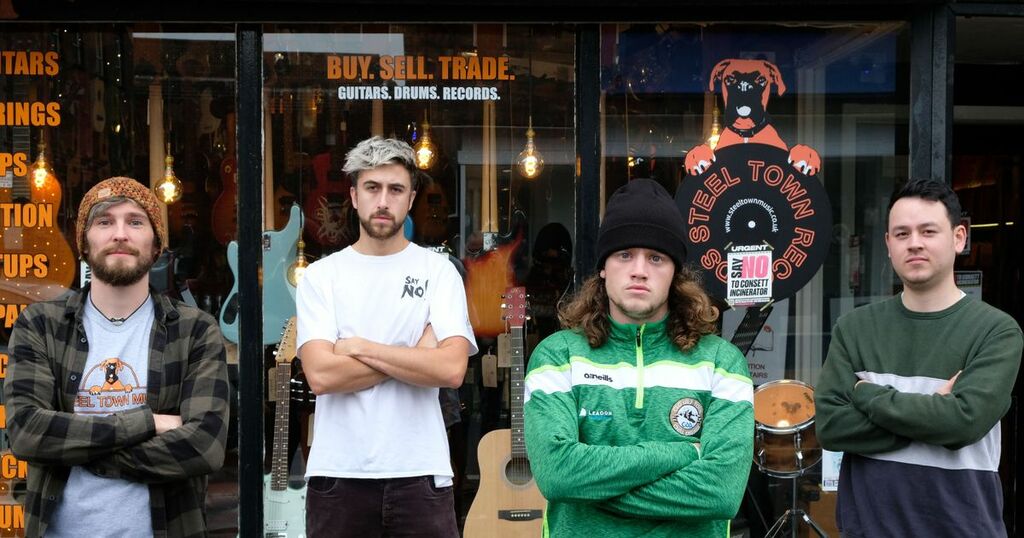 Three musicians opposed to plans to build an incinerator in their town have hit out against the plans with a protest song and music video.

The song, titled "No to the Consett Incinerator," is performed by Rhian Wilkinson, Glenn Malpath and Owen Young.

All three teach at Steel Town Music in Consett, which is owned and run by Matt Connor, who put the music video together.

Plans for the energy centre - described locally as an incinerator - on the site of the former steelworks at Hownsgill Industrial Park near Delves Lane have caused significant controversy, with residents up in arms over the proposals which would see a small number of jobs created.

Matt explained why he and the other performers chose to get involved.

He said: "Obviously I own a music shop in Consett and I don't want the town to be compromised. I think the town is in love with the fact that it had steel works but I think we're very, very lucky that it's long past.

"We don't want to go back that way. We live in a beautiful part of the world. If you take that beauty away nobody is going to want to live here. My business wouldn't be as successful.

"If it was a big factory and it made hundreds or thousands of jobs I would understand, but there's nothing there for the town.

The song, which can be viewed on YouTube and social media, calls on residents to sign petitions against the plan.

It was played at a protest at the site on Monday - the day before councillors were due to make a final decision on the plans.

Matt has been pleased with the reaction to the song, which has been a long time in the making.

He added: "I was the guy who actually put the video together. I wanted to get it done a long time ago but I didn't have the time.

"I thought I would be gutted if it went ahead and I hadn't done anything.

"So far, it's been an excellent reaction."

The group behind the plan, Project Genesis, say the Hownsgill Energy Centre would prevent more than 60,000 tonnes of local waste produced by the local community going into nearby landfill.

A statement issued by the company said: "We have the opportunity now to create a community-driven facility, away from residential areas, that will provide clean renewable energy and this should be fully embraced instead of our local waste going to local landfill.

“The facility WILL NOT create ‘ toxic smoke plumes’, release ‘harmful emissions’ and be a ‘health risk’ to residents, nor will it burn black bag, domestic or any hazardous materials.

"Any visible ‘smoke plume’ will be water vapour and will not have any adverse effect on the air quality due to the advanced processing technologies we have specified. These meet very strict environmental regulations and criteria."

The application will be considered by councillors on Durham County Council 's planning committee on Tuesday, where it is recommended for refusal.

For the latest County Durham news direct to your inbox every day, go here to sign up to our free newsletter