Murder in Kolkata: Never thought we would see a man being shot dead in our complex, say residents 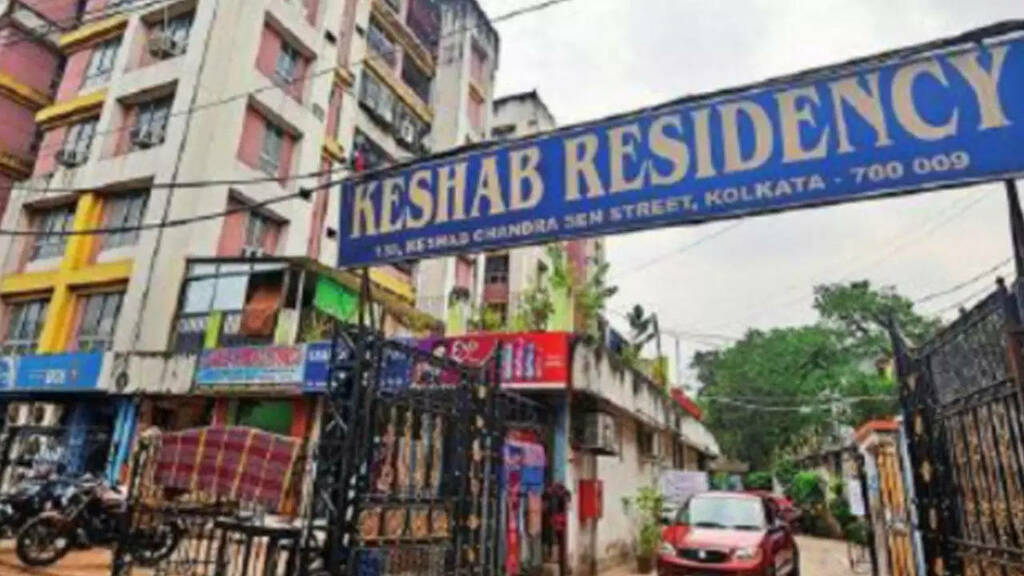 KOLKATA: Residents of the posh high-rise apartment complex on Keshab Chandra Sen Street, more popularly called Amherst Street, are in shock over the daylight murder that happened on its premises on Wednesday and have urged police to step up vigilance in the locality to restore confidence of residents who are shaken by the incident.

Though the complex has security guards, residents said they were not a deterrent and could easily be overpowered by men wielding guns.

“In the 14 years that we have lived in the apartment, we have never encountered something as sinister as this. Residents are feeling extremely vulnerable since the incident occurred. Even a day later, it gives me the shudder to think someone walked in with a gun and shot a person here,” said Keshab Residency Apartment Owners’ Association president Dilip Biswas.

Being one of the first premium residential units in the belt, the 84 apartments in the complex are home to professionals like engineers, doctors and lawyers as well as businessmen.

Senior radiation oncologist Subir Ganguly, who has lived in the locality for five decades, said he had never imagined something like this would happen one day.

“Adjoining to the spot where the murder happened is the lawn and parking area where children residing in the complex play. Opposite the complex is a populated slum where people who toil for a living live. Had there been a confrontation, anything could have happened. It is time the police acted firmly and political parties denied space to criminals who seek their support for vested interest,” he said.

Suresh Kumar, who lives in one of the two towers and has been a local resident for 40 years, was also shaken by the incident. “That something like this could happen in a busy and crowded place like this is unbelievable. A sense of insecurity has gripped the area,” said the businessman.

Rita Shau, another resident of the area, said the incident had jolted everyone. “We only heard of such incidents on news channels or watched them on movies. Now, it has happened at our doorstep. We are living in fear and anxiety,” she said.

“For decades, people from different communities, religion live in this area peacefully. There has been no major trouble. This incident, therefore, has shaken the trust of the residents of the area,” said 70-year-old Tapan De.

The association president felt the shopowners who were sold space by the promoter have always been a problem, stocking hazardous material, refusing to pay maintenance and refusing to come clean on the nature of business.