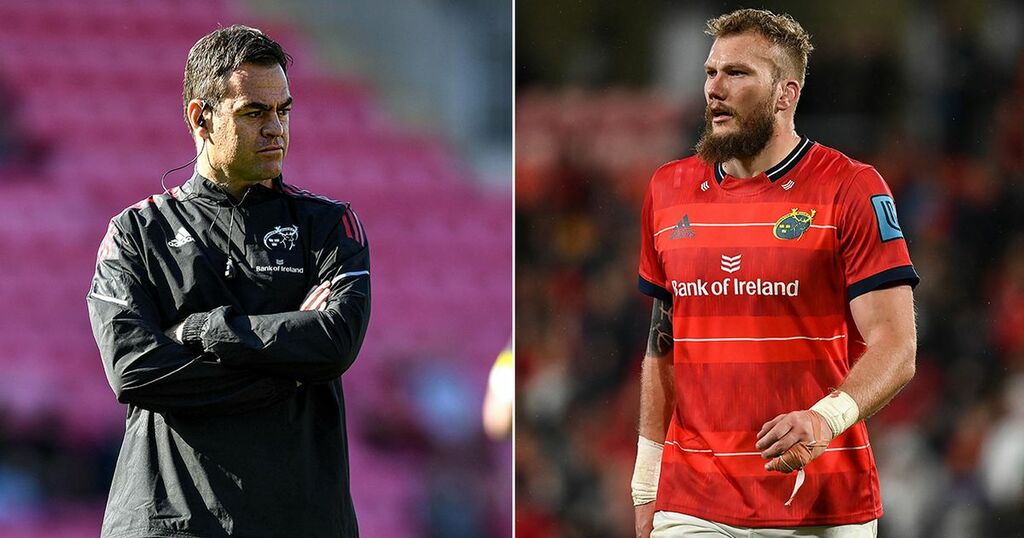 United Rugby Championship leaders Munster have suffered a huge setback after confirming RG Snyman has re-ruptured the anterior cruciate ligament that previously sidelined him for a year.

The South Africa lock came on as a second-half substitute in Sunday's 43-13 win away to the Scarlets but lasted less than 10 minutes before hitting the turf in agony.

Snyman, 26, was limping and looked bereft as he left the pitch at Parc y Scarlets, while head coach Johann van Graan gave a dim assessment of his situation after the match.

Munster sent the player for scans on Sunday and have since confirmed the worst for their player, whose season is once again in doubt at an early juncture:

The Springbok signed a two-year contract at Thomond Park in the summer of 2020, but he ruptured his ACL just seven minutes into his club debut against Leinster.

Snyman later suffered a setback that required minor surgery, while a firepit accident in June of this year meant he required a skin graft as his terrible fortune in Limerick continued.

A statement said Snyman will meet with a specialist before discussing surgery and his route to recovery, while Van Graan lauded the player's fortitude coming back from the same injury the first time.

“We are all hugely disappointed for RG," he said.

Do you think RG Snyman will make a start for Munster before he leaves the club? Let us know in the comments section.

“After doing everything that was asked of him and working so hard to get back into great shape everyone feels for him right now.

“While this is a setback, we know RG is young and resilient given everything he has gone through in the last year so there is a strong sense of perspective here.

“We have seen what other world class players have done in this position before and they have come back to reach the successful heights of their careers and I would expect no different for someone of RG’s class and standing.”

Snyman notched his first try for the club when they came from behind to beat Stormers 34-18 earlier in October, and the celebrations summarised just how happy his team-mates were to see him score.

The 6'9" star has played a total of just 54 minutes for Munster, having recorded a single start for the club he joined almost 18 months ago.

Given the player's contract with the Irish province is set to conclude in 2022, there's a chance Snyman may depart without adding to that figure.

Munster have won three games from three in the United Rugby Championship this season and lead the overall table as things stand, as well as the Irish conference.

Van Graan's men succeeded in Llanelli despite fielding a largely second-string side against Scarlets, and strength in depth has become of even greater importance to the side following Snyman's diagnosis.