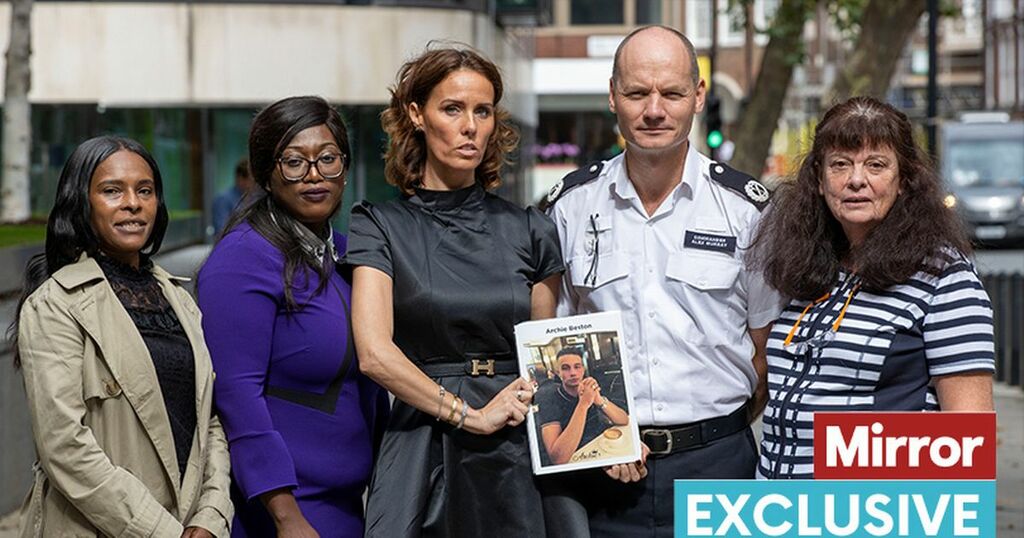 Four grief-stricken mothers whose sons were stabbed to death have met Minister Kit Malthouse as they unite against knife crime.

The mums are leading the Hard Calls Save Lives ad campaign, which urges people to contact Crimestoppers if they suspect someone of carrying a blade.

They want action as England and Wales face one of the worst years for teenage knife killings, with 32 victims in 2021 so far.

The latest was Rhamero West, 16, who was murdered in Old Trafford, Manchester, last week.

Becky Beston, whose son Archie, 19, was killed in Kingston, South West London, last year, called for stiffer penalties for those caught with knives.

Have the authorities lost control of the streets? Have your say in the comment section

She said: “It should be an automatic five years in jail and life if you take a life.

“The authorities have lost control of the streets and there’s no deterrent.”

Lillian Serunkuma, whose son Quamari, 15, was stabbed to death outside his school in Willesden, North West London, in 2017, appealed for more preventative measures.

She said: “We need to be proactive and not reactive by getting into schools and working with first-time offenders.”

Yvonne Lawson, who lost son Godwin, 17, when he was killed in Stamford Hill, North East London, in 2010, said the community has a major role to play in keeping young people safe.

She added: “Don’t think knife crime has nothing to do with you, it’s our problem.”

Jean Foster, 67, whose grown-up son Christopher, 34, was stabbed to death outside a pub in Borough, South East London, in 2013, said the initiative aims to deter people from carrying knives and for them to realise the consequences.

She added: “There’s no justice for the victims in the system.”

The mothers were joined by Met Commander Alex Murray at the Home Office meeting with the Crime Minister.