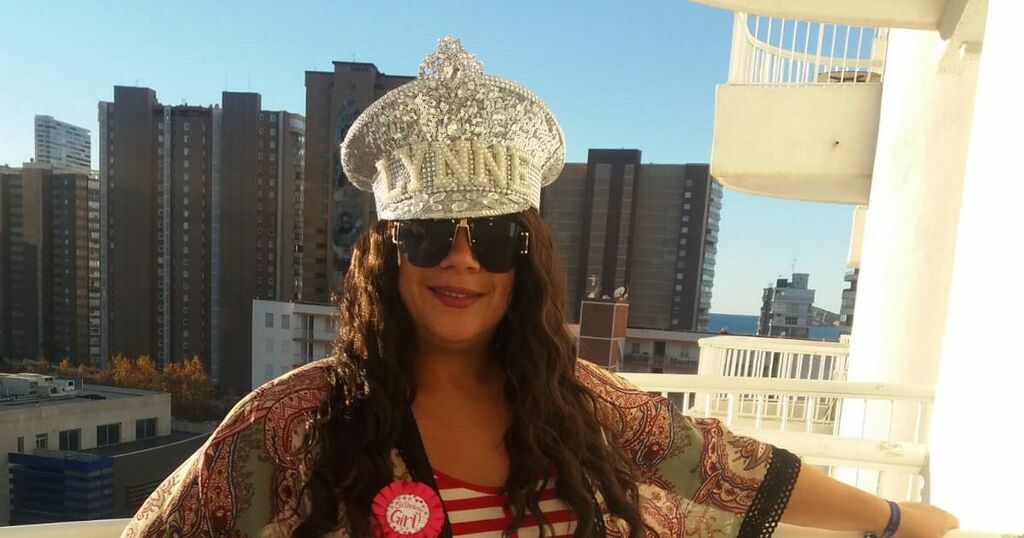 A mum said she became a "different person" after a devastating doctor's appointment.

Lynne Murray, 50, from Toxteth went to the GP in August last year after spotting an indentation in her breast and was immediately referred for a mammogram two weeks later.

After spending three hours at the Linda McCartney centre at the Royal Liverpool Hospital Lynne was given the devastating news that she had breast cancer.

Lynne said: "I found an indentation in my right breast, which I hadn't noticed before. I rang my GP who gave me a quick appointment when I explained what I found".

At her hospital appointment Lynne had two mammograms, an ultrasound scan and two biopsies, while her partner Mark Wood waited anxiously in the corridor.

"I had cancer. I remember leaving the hospital in complete shock.

"I was absolutely devastated.

"I cried and screamed asking them if they were sure they had given me the right information.

“I felt like my life was over and I was going to die”.

Mark said: “After waiting several hours in the stairwell I knew it wasn't going to be good news.

“It was a sickening feeling, but kept telling her we'll sort it".

Lynne telephoned her mum and asked her to sit down before telling her the news, she said: "She was completely devastated.

"All I could think about was this cancer is growing inside me. I don't want it here."

Just over a month later Lynne was given an appointment for an operation to remove two cancers from her right breast and several lymph nodes too, including three extra ones.

Throughout, Lynne's biggest support came from her mum and her partner Mark and she also had support from siblings and close friends too.

Mark took Lynne to all her appointments and looked after her son Lewis.

Lynne said: "My son wouldn't understand the word cancer. He knew I was sick and had to have an operation and stay in hospital for a little while to make me better.

"He still knows I'm not fixed yet and has to be careful when hugging me because of my scar after my operation".

Mark supported Lynne and her son and after leaving hospital she said: "Me and my son stayed in Mark’s. After my operation Mark had to give me all my medication, drain my blood three times a day and help me get washed, as I was so sick, so weak and so sore".

Mark said: "Being honest I have struggled mentally. I always managed to be positive in both Lynne and Lewis's company and kept smiling, a different story on my own”.

The aftercare Lynne receives from Linda McCartney Centre she says is 'amazing.' and she can ring them up anytime for reassurance and support.

About the surgeon she said: "In my eyes, my hero. She was amazing throughout. I can't thank her enough.

"Having cancer has changed me physically but it's also changed me mentally.

"The slightest twinge lump or bump I think it's come back”.

For Lynne’s 50th birthday in December, Mark took her to Spain for a break after everything she had been through, he said: “It's been a tough few months and I wrote a song for her which I sang in Spain.

“The whole bar including us were in tears.

"She is a very special lady and I hope I've done my bit to help them both through this toughest of times”.

Lynne said: "I just want to still enjoy life and try to get back to normality.

"I'm never going to be the same person, who would, but I'm not letting cancer destroy me.

“I'm here to stay and I'm here to enjoy my life once again, before cancer appeared".

She added: "All I can say to everyone is always check.

“I never checked. I always thought I'm ok, it's never going to happen to me.

"How wrong was I?

"If I hadn't detected the indent and informed the doctor I was told I could have been telling you a completely different story.

"They said my fast acting had given me a chance".

Lynne began radio therapy on November 5 at Clatterbridge Aintree and said: "It was intense, every day for three weeks was so draining, but the staff there were brilliant.

"I finished on the 25th November that's when I got to ring the bell".

Mark concluded: “I cried like a baby when she rang that bell."